Staff member
I read somewhere that the new MX vs ATV game is coming out next spring, anybody have more info on this? Screenshots? Videos?

well it is confirmed that it is coming out but no info on it is really out there yet.

edit: only info i could find is this screen shot and a post ... 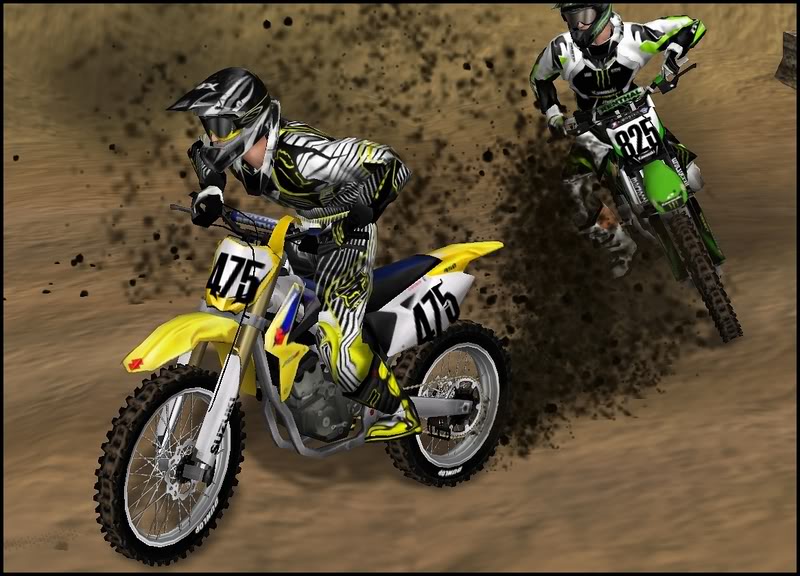 I was told that THQ Contracted Rainbow to make two MX games one year apart from each other, and that the second one would be better because they had to "rush" Reflex, and also that they were already developing "Alive" before Reflex came out, but appearently it is taking them longer than schedualed.

Also, I was told that "Alive" is designed to get the "non-hardcore" gamers to purchase the game again. In order to do this, the game is going to be sold between $20-$30. If I remember correctly it will be closer to $20. How they will do this, is not have as much content available on the game when it is purchased (tracks, gears, bikes). Instead, the bikes, tracks, and gear are going to be downloadable in the months to follow.

This idea helps THQ make more money in the long run than if just coming out with a game that has everything already on it, and it also taylors to the non-hardcore players that don't want to drop $60 for an MX game they hardly play, with the option to be able to download extra content as they please.

Though I think this is a good idea to Attrack more players to the MVA series, it sucks for the hardcore guys that will have to wait every time they want a new track after getting bored with the few offered.

The game is potentially becoming a "cash cow". Milk it for all it's worth, and get the hardcore gamers to spend well over $60 with game + content.

Though I am complaining, it won't prevent me from buying it, the only thing now is to get a working PS3 between now and next April / May ;D

Oh, and I really do hope they fix the track deterioration, which I have heard they will... The track brakes down WAY too fast...
Click to expand...

Staff member
Interesting, not sure if I like the new pricing.

Notice the Suzuki logo in that shot, I wonder if the bike manufacturers are finally on board.

Notice how the Zook is roosting that Kumma suckie

jackson409:
Notice how the Zook is roosting that Kumma suckie

And the KTM is WAY out in front

KTMRack:
And the KTM is WAY out in front

Nah I'm guessing it's in the pits getting fixed.

James:
Nah I'm guessing it's in the pits getting fixed.

Everytime I get out of second gear something breaks. It's usually ME!!!!!!

KTMRack:
And the KTM is WAY out in front

it a dirtbike game not gold fish fishing game.

Roost when I can

I am pretty sure the screenshot that Travace posted is from MX simulator.

Curtis74:
I am pretty sure the screenshot that Travace posted is from MX simulator.
Click to expand...

it came from a guys post saying it was the beta ... could be tho people lie on the internet about this kinda stuff all the time.

Reflex MX vs ATV was pretty good. What we really need and what the companies need to make is a game with good graphics, and complete customizability. Picking your brand, model, year, parts (customize everything like in PURE). Maintenance schedules, team budgets, and the best thing would be a list of thigns you can do to your bike after each race. EX new top end, carburetor clean, new clutch, fix parts that break, customize your jet settings according to temps at races,etc. They need to take up time for the next race and there should be a 'rest' option to gain your visibility and control. I would LOVE that