You do other sports?

any other sports you guys play?

Staff member
Motocross was the first "sport" I ever really got into. That and snowboarding, which has taken a back seat for now.

ride jetski's in summer, Play paint ball with the kids

Basketball once a week for me

Weathergeek:
Basketball once a week for me

Hows that dunk coming along

Watching the lakers play is not the same as playing

Surf and Ski
I want to get one of these rack set ups and take off.... 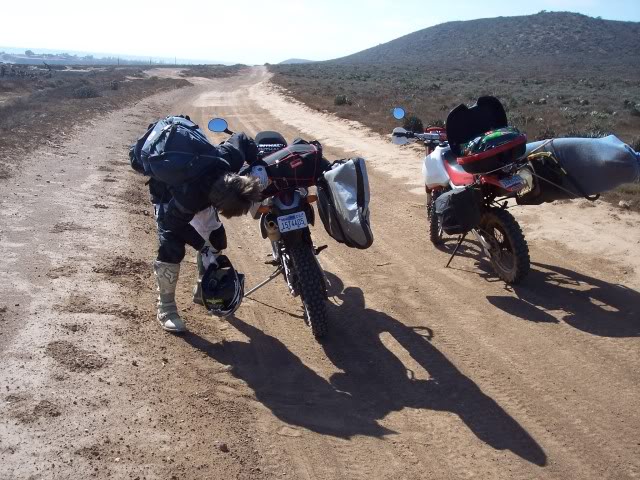 bajataxi:
Surf and Ski
I want to get one of these rack set ups and take off....

I think that I would want another board on the other side to be evenly weighted.

I snowboard and I was playing a lot of Ultimate Frisbee there for a while. If you guys haven't played that I strongly recommend it. It's a blast!

oh, also in the winter i do some skiing (freestyle park), also play some paintball on weekends too.

Honda:
oh, also in the winter i do some skiing (freestyle park), also play some paintball on weekends too.

they have a paintball park on teh same property as the track i ride... Barona Oaks MX

Honda:
oh, also in the winter i do some skiing (freestyle park), also play some paintball on weekends too. Wethergeek,

I actually have been playing since I was 10. Just not so quick anymore but can still shoot.

onelugnut:
Hows that dunk coming along

Watching the lakers play is not the same as playing

I can still dunk if you throw the ball off the backboard first.

When I was young, I played just about every sport there was. I was the definition of medicrocracy (sp?). Now I just Dirtbike and skate(board). Here I am skating at a local ditch recently. Notice if you will, the eight wheels. 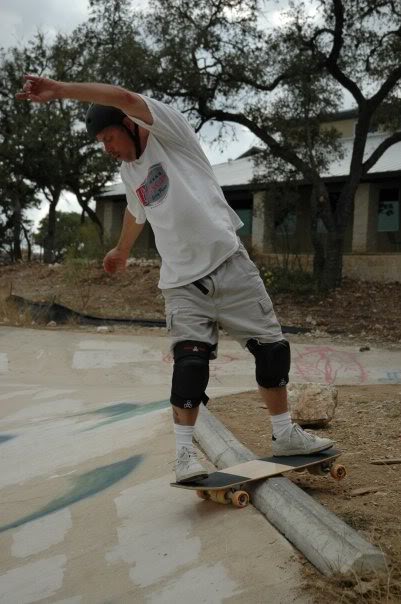 I would post pics of my most recent ride on my bike... But, that was a harescramble I raced. No need to revisit that pain and disappointment again.

I dedicate myself to two different styles of Kung Fu.

I study Wu Shu, and Splashing Hands. I also have studied and become very fluent in Jujitsu, Kenpo, Mui Thai, and various styles of kickboxing. I have done this since I was about 12 as I had anger problems as a kid and mom did not know what to do because I was fighting in school every day. So, she hooked me up with basic Americanized Karate and then I just grew from there. I have always been obsessive about fighting and fighting styles. Even being a small guy I was always the one to pick the fight when I was younger until I learned that I was just angry and had not self countrol. After spending a few years in different styles such as the Karate, and the Tae Kwan Do, then on to the Kenpo I found my self obsessed with the most effecient way to kick someones ass. This in itself was a problem I had to learn to deal with at a young age. I then entered the military and almost instantly became the hand to hand combat instructor for my squadron. After this and many tours in the middle east I was able to see the real bennefit of being in this kind of shape and mind set. It was obvious that the though process of my mind as far as hand to eye coordination was ridiculous compared to others. So, the obsession grew. I got out of the military and now spend most of my free time playing guitar in a band called "HangTree" the rest of the time I continue to study martial arts and combine the things I have learned into my own style. I would hate to be the next guy who tries to rob me. The last one ended up with a broken Femur and I robbed him, then called the cops.

I was picked on through all my younger years and decided one day that I had had enough. The training is priceless but the most important thing of all learned through this hobby is patience and the fact that I don't want to hurt anyone and the best thing I can do is talk may way out of confrontation. Call me a puss if you will but I will talk may way out of any fight if I can.