Amatuer The Final Overture-NHHA Round 7, Spangler 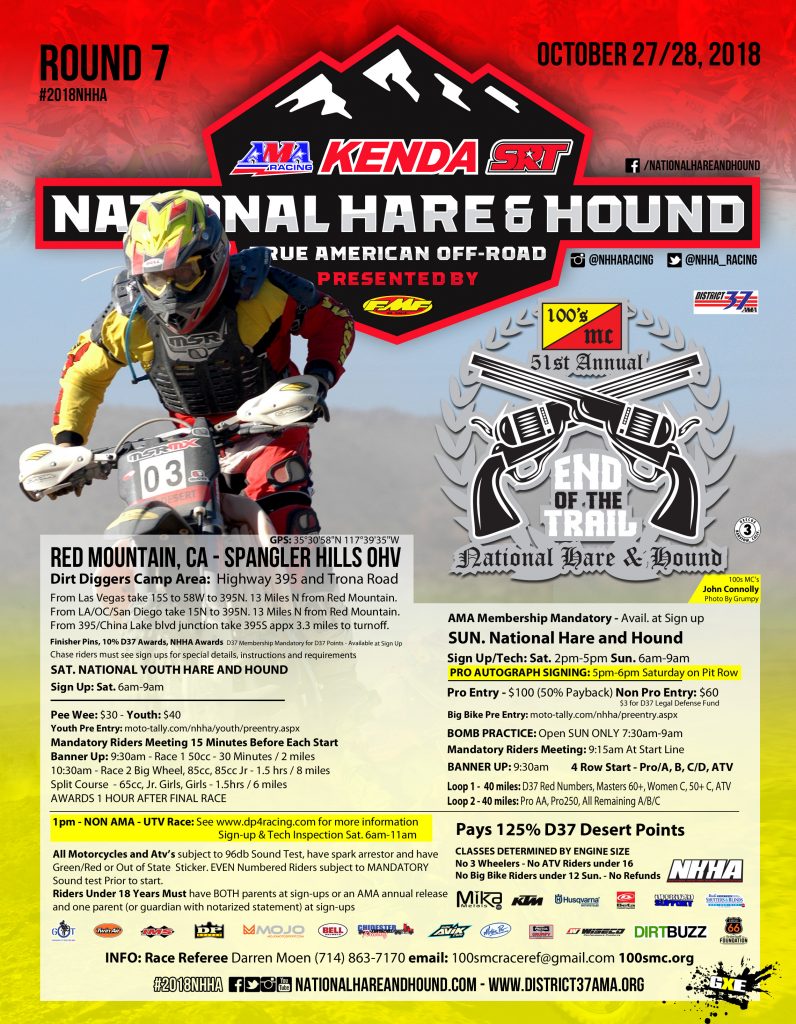 This might be a good shake down trip even without the bikes and the trailer.

timoyz:
This might be a good shake down trip even without the bikes and the trailer.

Jax will be in Ca that weekend I believe.

Doubt if he'd want to drive to Spangler. The list grows with everything I cross off on the GGMH, but I do want to pull the trailer with a couples bike and wood, you know, as a test run.

So, how was the race? Broken bike? Broken bones? Did you finish? Inquiring minds want to know.

He still tied up at Liz’s friends house in Spangler.

Looks like three local desert boys finished in front of him in his class. I’ll still go with being tied up in Ridgecrest. I haven’t checked Liz’s results but that’s probably her celebration.

No, we got home at 7 am, drove all night to get Liz home since she works tonight and has to go to Mexico for the 1000 Saturday, I'll type up more after I shake the whole white Ford express for 11 hours straight off

snowflake:
No, we got home at 7 am, drove all night to get Liz home since she works tonight and has to go to Mexico for the 1000 Saturday, I'll type up more after I shake the whole white Ford express for 11 hours straight off
Click to expand...

Shit. We used drive to Florida for the weekend and be back Monday for school. We used to drink a lot.

Mihylo33:
Shit. We used drive to Florida for the weekend and be back Monday for school. We used to drink a lot.
Click to expand...

good for you old man.

snowflake:
good for you old man.
Click to expand...

in a 3+ hour race, I missed the points I needed to secure a #1 plate by 5 minutes

snowflake:
in a 3+ hour race, I missed the points I needed to secure a #1 plate by 5 minutes

I'll post my personal stuff later, but, in a cinderella story, Kendall Norman clinched the NHHA championship pro championship on a non factory sponsored CRF450X, complete with stock graphics and wheels, the equivalent of if chad reed had one a sx title on his 22 motorsports team

So, I figured this race all I had to do was score more than 90 points to wrap up a #1 plate, and I figured that'd be easy peasy, I cruised comfortably to a 4th place finish, about 5 minutes behind 3rd place (easily spent that helping a downed rider on loop 1, no regrets about it, its just one of those things) and due to them dropping the 2 worst finishes for each racer, I came up with 87 points total for the year.

I missed it by 3 points. I'm a bit bummed, but I still feel a bit proud of the year, I loaded up a pick up, raced one of the most prestigious and challenging race series in the states far from home against some of the best up and coming racers in their back yard and came away with 2nd for the year. Not too shabby for a ginger kid from the rez if I do say so myself.

Off the bomb, I feel like I did decent despite the bike not firing on exactly the first kick, I remember being in the dust for a bit, and for many many miles it was a spider web of bikes through the bushes, rocks, and hills, the first hill they considered a challenge (probably for the one loopers) was at mile 3 and they did have a bypass, that I didn't use, it was shortly before this that I passed Liz whom somehow manages to rip bomb starts like nobodies business. I got through it despite the fact that people were already starting to bottleneck, kept on cruising, dust started to thin, bikes were less and less frequent, I managed to pass one of liz's apparently super fast down in baja stuff in one of the faster sections

and towards the end of loop 1 was what is one of the favorite sections I've ever race through, fairly flat, whoops that weren't too deep but yet not unnoticeable, dipping in and out of the desert scenery on a plateau with palm trees, it had just enough elevation change that there were parts I could double, or triple the rolling terrain while running 4th to 5th gear, it was like moto heaven for me

Finished loop 1, came into the pits, the dudes at the nearby yamaha/purvines racing rig rolled into action since the people I had to help were assisting one of their kids and they got me fueled and handed me a bottle of water, and I took off on loop 2, which for the first 12 miles as well as the last 8 was the same as loop 1, it was lonely, nothing in sight, a matter of chasing ribbons for about 45 minutes all by myself staying as close to them as navigational beacons as I could, I entered the gnarly off camber no trail rock garden they called argubrights delight, and opted in a couple spots to just walk the bike down, and as soon as you got to the bottom, they wanted you to go up something very similar to what you had just come down, a bit of patience and a take it easy attitude got me through without too much issue, and from there it was a matter of a cruise through single track, arroyos, and whoops, as we got out of the strictly loop 2 stuff and into the end of the race, final 8 miles, I saw 2 bikes ahead, both of them with yellow plates, meaning they could be in my class, I did my best to put in a controlled charge, reeling them in while not taking any chances, and I was right there on the tail end of them as the race came to a close, in fact, as we came into the pits just before the scoring shoot I was hammer down trying to make one final pass which forced me into rougher terrain while my intended target stayed in the preferred, it didn't happen, I slowed my roll and passed through the scoring chute.

A huge congrats to Liz for winning every single race in womens b this year, as well as for gaining some true grit and finishing nearly this entire race while stuck in 2nd gear after she broke her shifter

P.S If any of you go to the joint in randsberg liz and I have a dollar up on the wall that we both signed, snap a pic of it 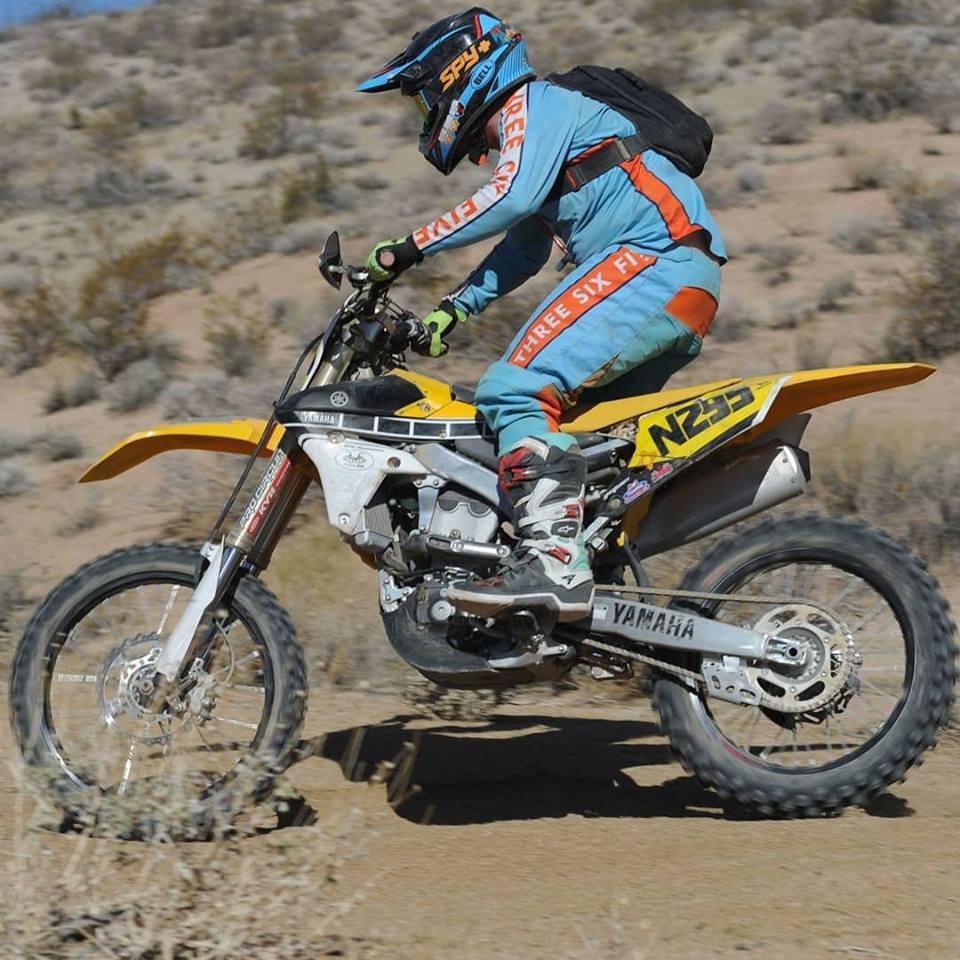 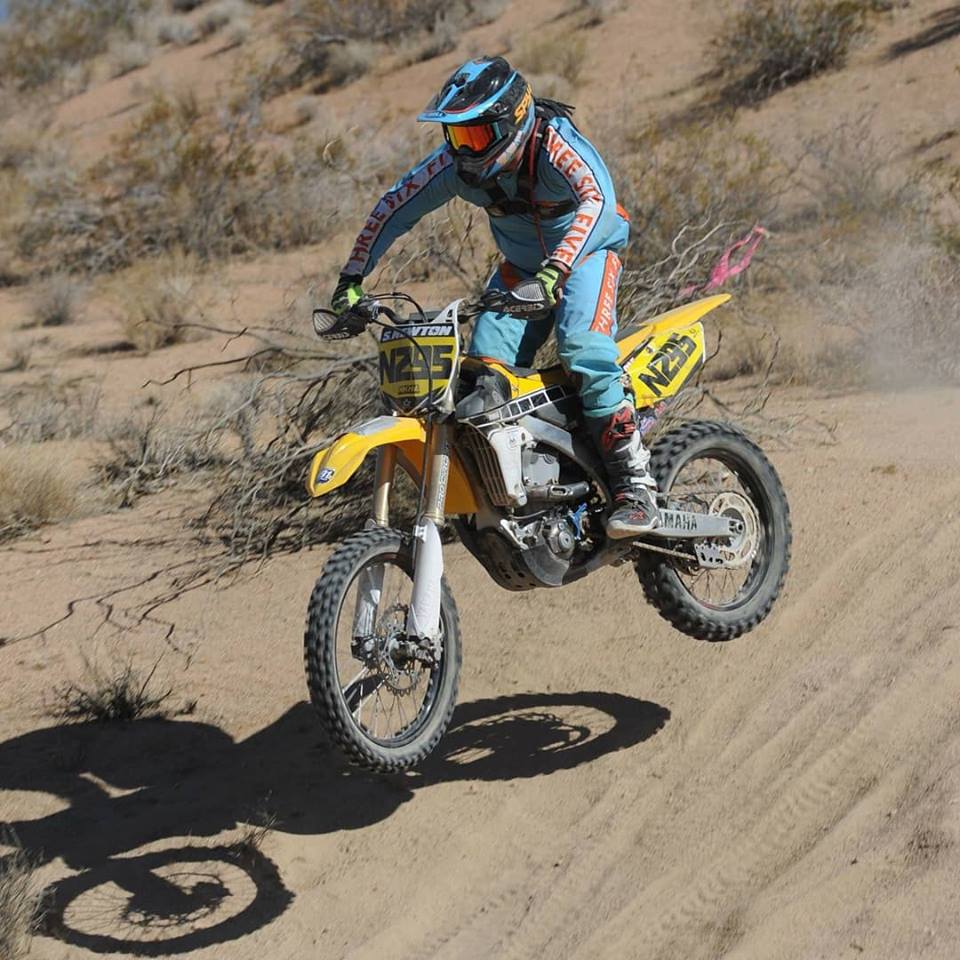 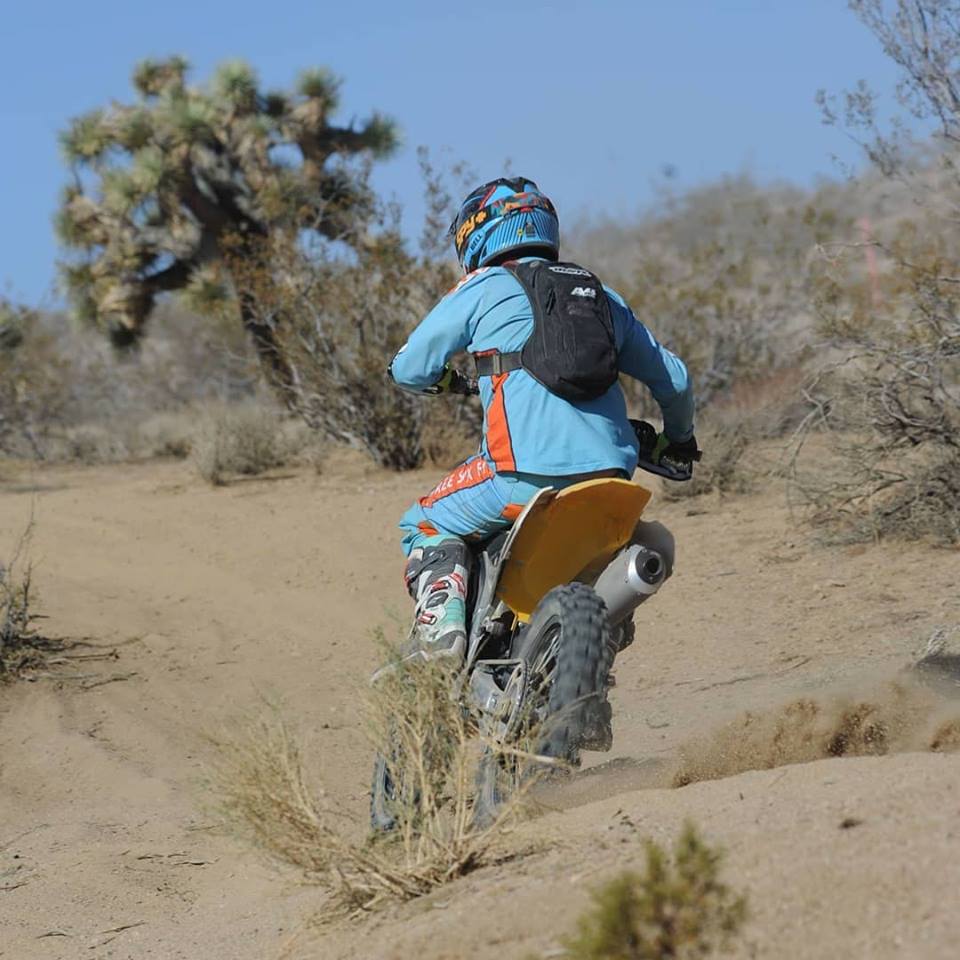 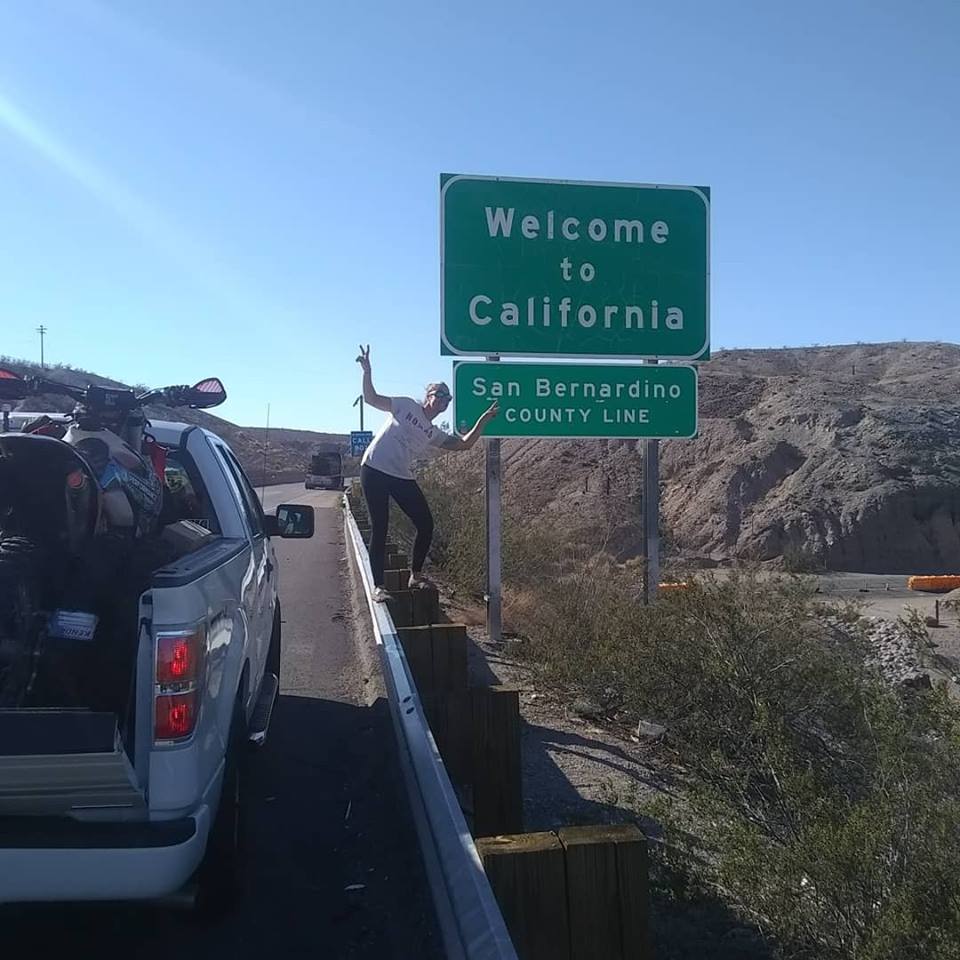