PALMER84ONE:
What do you expect from zit-faced kids selling bike for MC.

You need to talk to the right person. GEORGE, Dam it! Here is how it went: Took delivery of my bike from Halls (they shipped it, 610 not the TE450) I un-crated it, put it on the stand a lubed all the bearing points (swing axle-linckage, steering head, wheel bearings) Re-tork all bolts to spec. I did 5 heat cycles, 1st and 2nd for 5 minutes, 3rd and 4th for 10 minutes and the 5th one for 15 minutes. Heat cycle is let it warm up at idle first 2, cool for 15 minutes, second 2 at idle with a little RPM gain, cool down the same, 5th time was idle to a higher RPM and flex up and down until fan turned on. Let it cool for about 1/2 hour. Then I gave it a run through the gears out on the street and never ripped up on RPM on it for 200 miles I think and changed the oil (not filter). At 600 miles I gave it an oil change with filter and pushed it hard. At 900 miles I gave it to George and he did the pipe and parts removal. no need to tune the FI because it all fell into spec. Yes, it "was" still under warranty 1 year on the 610 and 6 months on the 450, but it is voided as soon as you do the power up regardless of what or who at MC tells you. Period!
With the TE450 I got from George, he does all the un-crating, lube, and heat cycles. You do the first 600 and he helps with the first oil change before you get there. It was the hardest thing to do the first 600 miles and not want to push it hard. After over 5,500 miles on my 450 I firmly believe that his break in procedure is key to a long lasting motor. You will hear other claims to ride it like you stoled it nut after laying over 8 grand on a bike I was not about to see failure in the first few years of operation. Now that I have had it for three years with nothing but a batterie and fork seals I would do it the same. I have over 3,600 on the 610 and no problems. So, there you have it!

Never said I was buying from them...looking at what they have...the CASH ONLY deal with George is going to be a tough one.

....We'll see! And as for the salesmen I worked with...1st guy was a liar...he doesn't even work there any more. 2nd was a snot nose, zit face kid (no offense youngins...

) the last guy ws my age, informative however a true salesmen (having been there, I know), I told him up front I wasn't buying yet but will be, shopping and comparing...he opened up, told me the differences of the bikes (which I knew most about) then left me in the dust when another "potential" customer walked through the door. 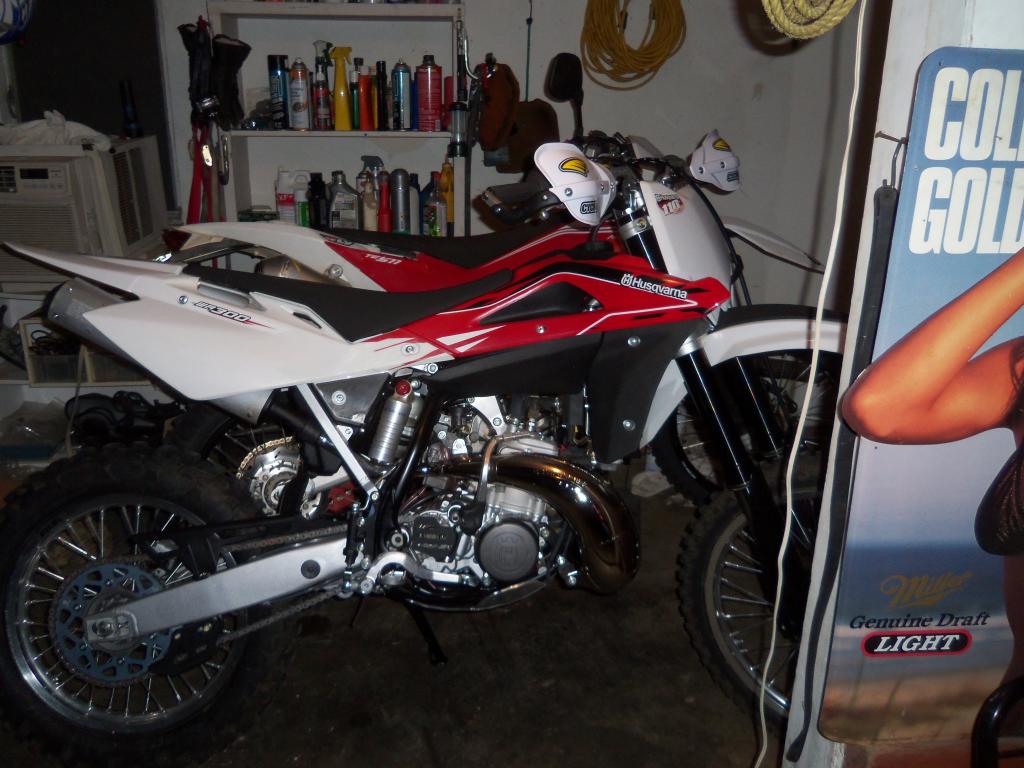 Aren't the new ones blue, white, and yellow.

Nice set of scooters you have there! 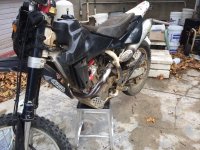 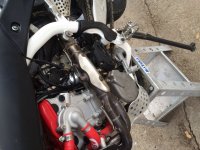 Dirty girl gets a washing!

Yes, it's kinda confusing because for 2014 there's two different Husky 2T 300's. Mine is actually a leftover
2013 that they can call a 2014 because of when it was assembled or something along those lines. I couldn't
pass this deal up. $5200 OTD Brand spankin' new. The other 300 is obviously the rebadged Husaberg TE300.
Share:
Reddit Pinterest Tumblr WhatsApp Email Share Link
Top