snowflake:
summer of 64 was the first mustang
Click to expand...

snowflake:
I knew you'd chime in about 6.0's, they were good engines when they were running right, and they could be built to be as reliable as anything.
But the sad reality is that Ford fucked up on em, not quite as bad as the inbred I hate ford because papa always drove a chevy fuck boys, but pretty bad.
I drive the same truck (virutally) and haven't really used it to tow, but I know when I went from my v10 (I never should have gotten rid of it) to my 5.0 f150, I thought the same thing, but one is a work truck built to pull heavier loads than the other, so its to be expected. But I mean, 7,500 lbs towing capacity from a 1/2 ton (its more now since our trucks are 6+ years old) there were 3/4 and 1 ton's back in the day that couldn't do it, and I was deff impressed with how well my 5.0 pulled my 5k lb bronco on a 2200 lb car hauler. that was a lot to ask of a relatively small engine
Click to expand...

maybe not in europe 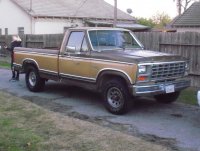 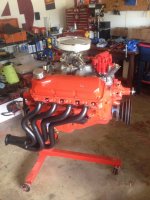 ‘67
I had no idea that people would be taking pics with their phones as I’m going down the freeway! Roofrail weatherstrip came in today.-fun Project for tomorrow. May grease the window cranks

2Wheels:
‘67
I had no idea that people would be taking pics with their phones as I’m going down the freeway! Roofrail weatherstrip came in today.-fun Project for tomorrow. May grease the window cranks
Click to expand...

That’s so awesome. You know you got a cool car too.
running 100ll av gas in that cherry or can you still get regular leases down there? Another trick was to add Cheap premix oil to the gas to keep the valve guides and seats in good condition when using unleaded. About a cup every 10-15 gals is good.

Redordead89:
I was trying to yank CDA’s chain about his math but it got lost in my Scottish accent

I was with you on your posts..

Always liked these cars when I was a teenager.

Not enough power , but good for getting girls , but not enough back seat ..

When I was 16 I banged my girlfriend on a doghouse in someone’s backyard. I’ll never forget it.. just like the seger song, backrooms, alleys and the trusty woods.

What a cracking success story

bweighmaster:
Not enough power , but good for getting girls , but not enough back seat ..
Click to expand...