Other Any other XR owners here yet?

Well after a long long wait I finally have my bike back. It was one thing after another going wrong along with a wrong jet size in the end. I'll get some pics up later today.
Y 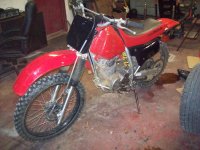 Yeah I have a 2003 xr100r but I need some parts for it. It runs but it doesn't idle good so it just in the garage waiting

Mots likely a dirty pilot jet that needs to be cleaned 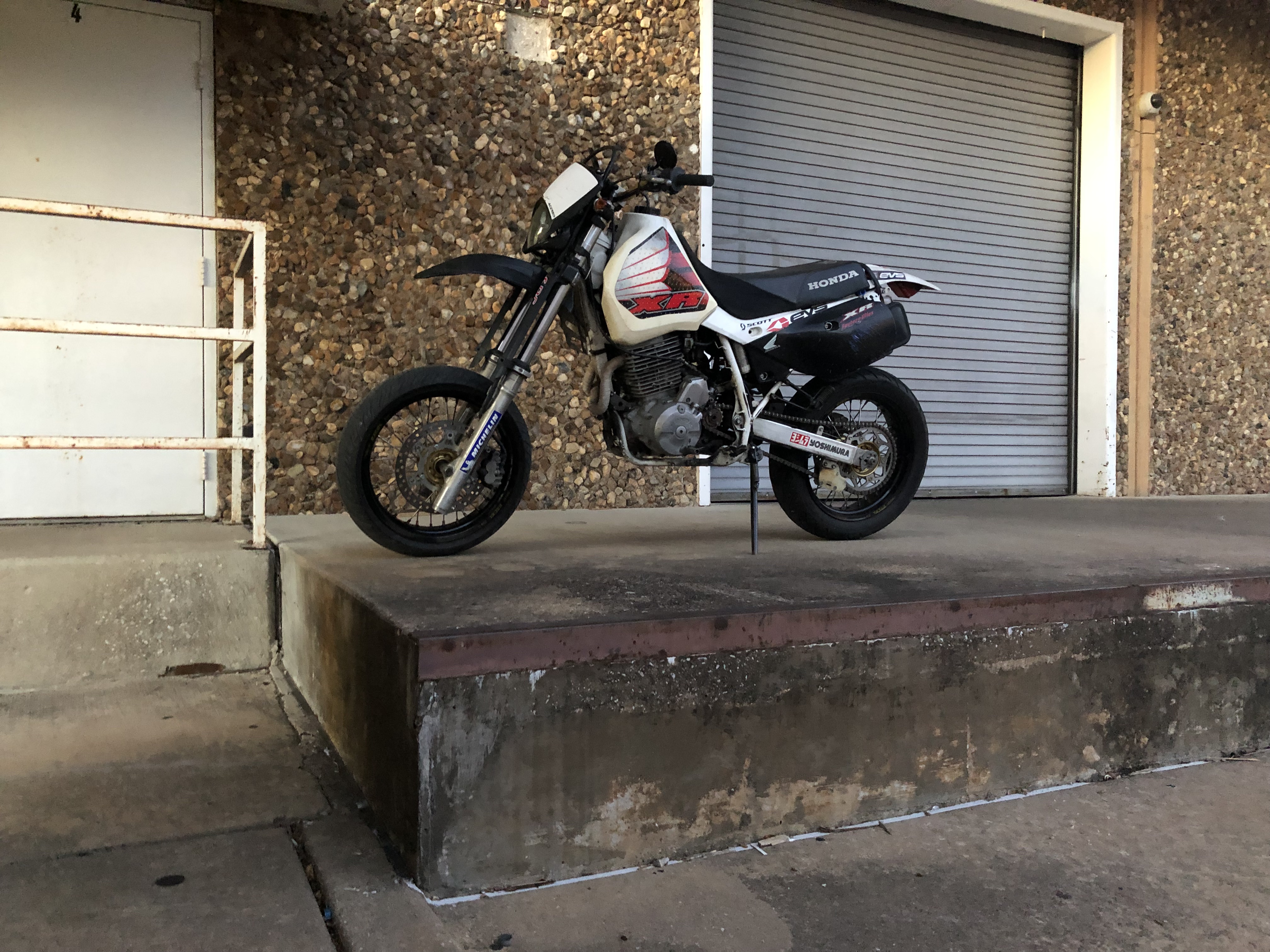 yeap I wheelied off that and then went down some stairs, up the handicap ramp, through the grass and over the sidewalk, across the street into the other office building parking lot and wheelied off that shit too. I love my xr

Seeing that old photo from January 2015 reminded me of my XR200 - 2002 model I rescued from a friend. He bought the bike for his son when he was younger and now the son is out of college and could care less about it. It had been at their hunting camp for several years and they are notorious about never doing any maintenance on anything they own. On one of our annual trips, he asked me to see if I could get it running as his son was coming in. The air filter had turned to mush. I pulled the carb, cleaned it out, washed out the tank with some clean gas, and got it running. I told him not to run it without the filter and to get another one. So, next year when I get to the camp, he says the bike isn't running right and would I check it out. I asked him if he got a filter for it and his reply was, "What filter?". Have you ever want to slap someone so hard just to see if they actually had something in their head that would hurt? I cleaned the carb, again, and told him I could take it home and fix it up with a few parts. He said to go for it and I brought it home. It was burning a bit of oil, so I did a top end on the bike and replaced a few worn out and broken bits as well as recovered the torn seat. I called and told him what I had done and how much the parts would be for it. At the same time, I made him an offer to give him $200 and just keep the bike. He said to send him the money and it was mine to keep. So, now I can really do an impression of a bear on a bicycle. 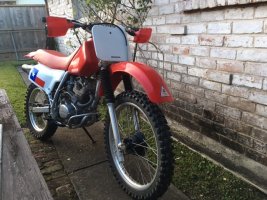