The Value Of A Good Helmet

The cops were traveling down the highway at
around 1 o'clock in the morning near
Tulsa , Oklahoma . They found this
on the road 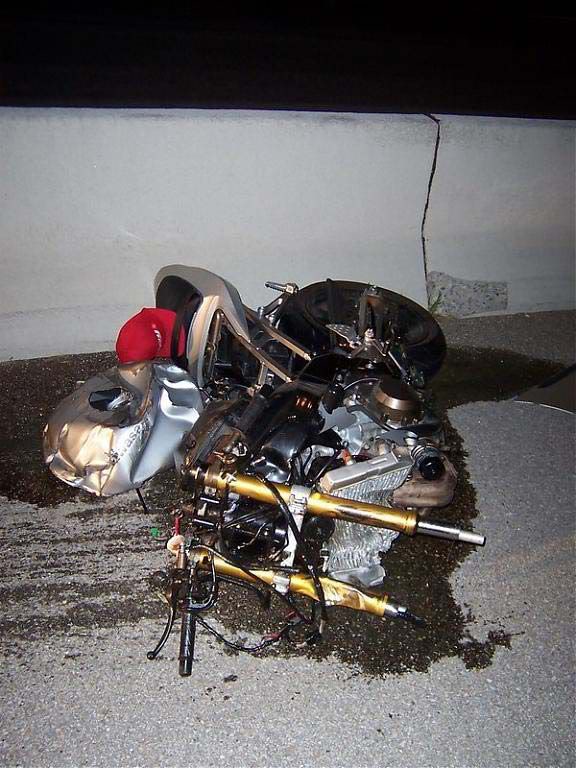 Another patrol car stopped a truck some miles
down the highway and were struck
with the following image. 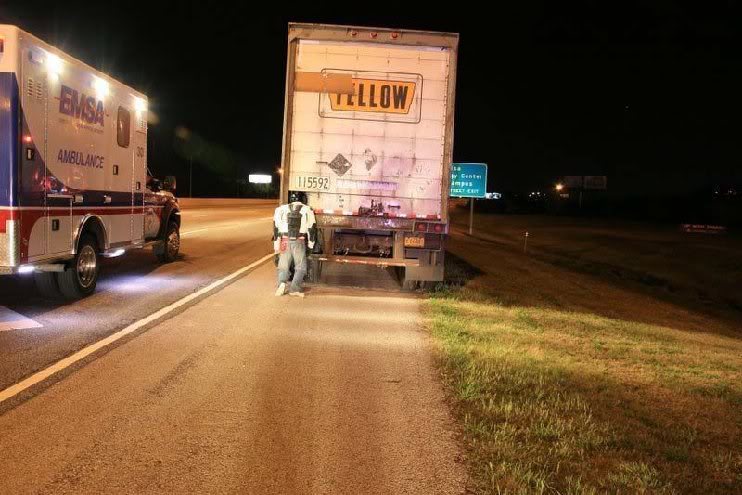 The Truck Driver said he thought he felt the
impact, but it took him almost 4 miles
down the road before he thought he'd better pull
over and check out his rig. 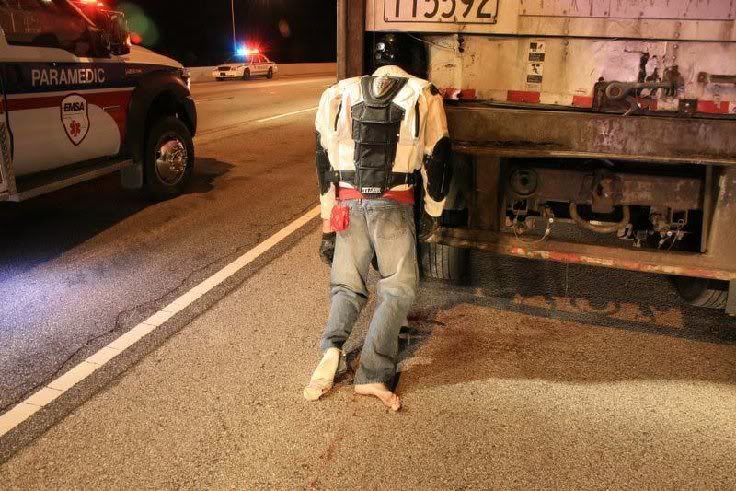 Notice the driver has no shoes on from the impact or from being drug all that
distance. 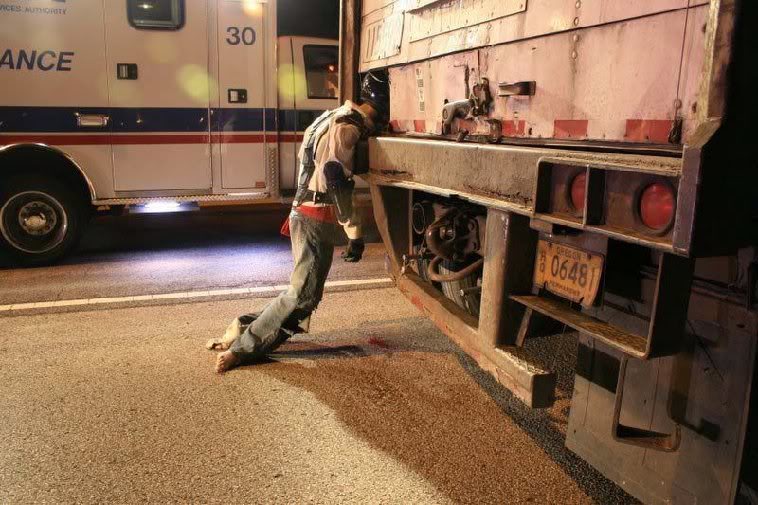 Side view of Motorcycle Driver caught up in the
trailer of the Semi. 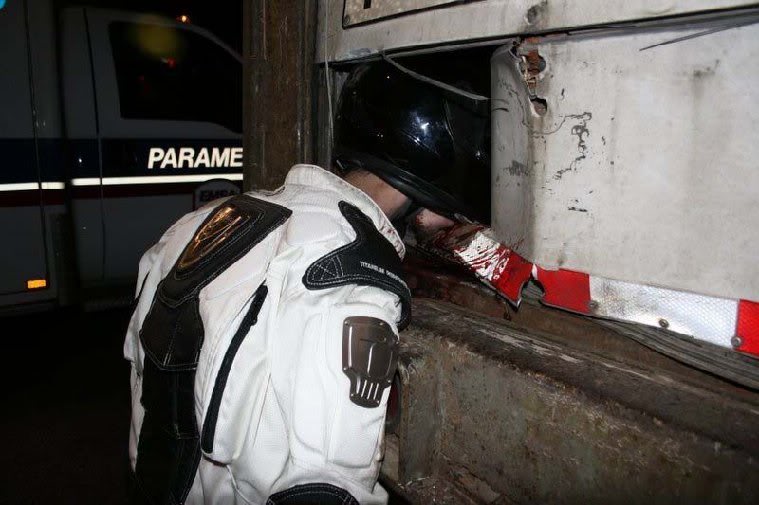 Witnesses and State Police say the Motorcyclist was traveling at 120 mph when he ran into the back of the moving semi-truck.

It pays to have a good quality helmet when riding a motorcycle,
Now for the rest of the story!


Received this as an e-mail. Who knows if it's true, or not.:excuseme:

Staff member
I've also gotten this email, but according to Snopes he did die.
http://www.snopes.com/photos/accident/tulsacrash.asp

I agree that he died. In one of the pictures you can see the grotesque angle of his neck.

I wonder how much it is going to cost to fix the door on the truck??
K

payloan:
I wonder how much it is going to cost to fix the door on the truck??
Click to expand...

payloan:
I wonder how much it is going to cost to fix the door on the truck??
Click to expand...


looks like its only the bottom section of the door. provided you wouldn't have the replace the catch, I would say minimal. Probably tons of parts for these trailers laying around.

this is so damm old and been floating around the internet for YEARS. and

that you even played with the idea that it could be true and he survived.

so this is a hoax?

Turkey Sandwich:
so this is a hoax?
Click to expand...

The accident is real. But, the guy died instead of surviving.