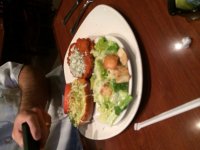 Lunch with turd sniffer. His plate /\
My plate, I cheated on my diet today \/ 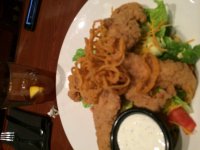 Does that restaurant serve all their food sideways? How do they keep it on the plate? Am especially curious how the drinks stay in the glass too.

Weathergeek:
Does that restaurant serve all their food sideways? How do they keep it on the plate? Am especially curious how the drinks stay in the glass too.

Technology dude. I will never figure it out and die before you do. 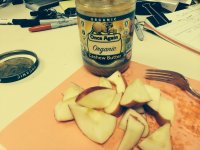 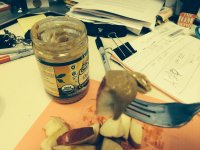 
I'm sure it's just the quality of the picture but that "butter" looks green!

Thought I'd share my experiences frokmj last weekend... Sunday to be exact... Went to Smart n Final to pick up some mesquite charcoal and a brsket to smoke. I've done one before that didn'[t take the 12-16 hours as they report on TV... it took less than 10 but I coun't remember so I googled it to get details (time/lb), it said 1.25 hours per lb.. mine weighed 13 lbs (=14+ hours). No way was I getting up that early to start a fire and smoke that thing in order to eat around 5:00. So I cut it in half (thin vs thick). figured 4-5 hours.

I made my rub, put it on while and wrapped it up and into the fridge. A little while later I started the fire in the smoker, once it got going I put the meat on and let it go for a while. WHilke waiting I was prepping some other stuff and while cleaning up I reached down into a cabinet to grab some napkins, on the way up i noticed (out of the corner of my round eye) the rest were going to fall out so I reached back down in a hurry and at the same time the cab door closed scraping (starting with a gouge) my arm on the corner... Yowwww. bleeding like a stuck pig... I finally got it to stop. Nurse Ally bandaged me up real good.

I go out to check on the smoker and noticed it was dropping in temp, checked the coals and noticed some hadn't caught fire yet and the glow was real low SO..... I did what SHOULD NEVER BE DONE EVEN BY A PROFESSIONAL... (mind you I've done this on an open grill with a big flare up but nothing drastic but still should have been enough of a warning)... I squirted a little (very little) lighter fluid on the "hot" coals... no flare up.. good sign, now I really know to be careful lighting it. I took the "looooong" handled lighter and while leaning away (far away) from the fire as far as possible but so I could still reach it with the lighter I clicked it and I don't think there was even a spark but the results were...KaBOOOOOM... a fire ball came out of the "trap door" where my hand, arms, and 1 leg were near...about 2 feet, it lifted the lid enough to make some racket but stayed on. The worst part was the burnt knuckles on my "trigger finger" hand and burnt hair on both arms and 1 leg.

What zip code did the brsket end up in?

I have this feeling that when I move my family south or to the west. I am going to get very fat. The food on this thread looks to be very tasty.

Travace:
wife made these tonight.... 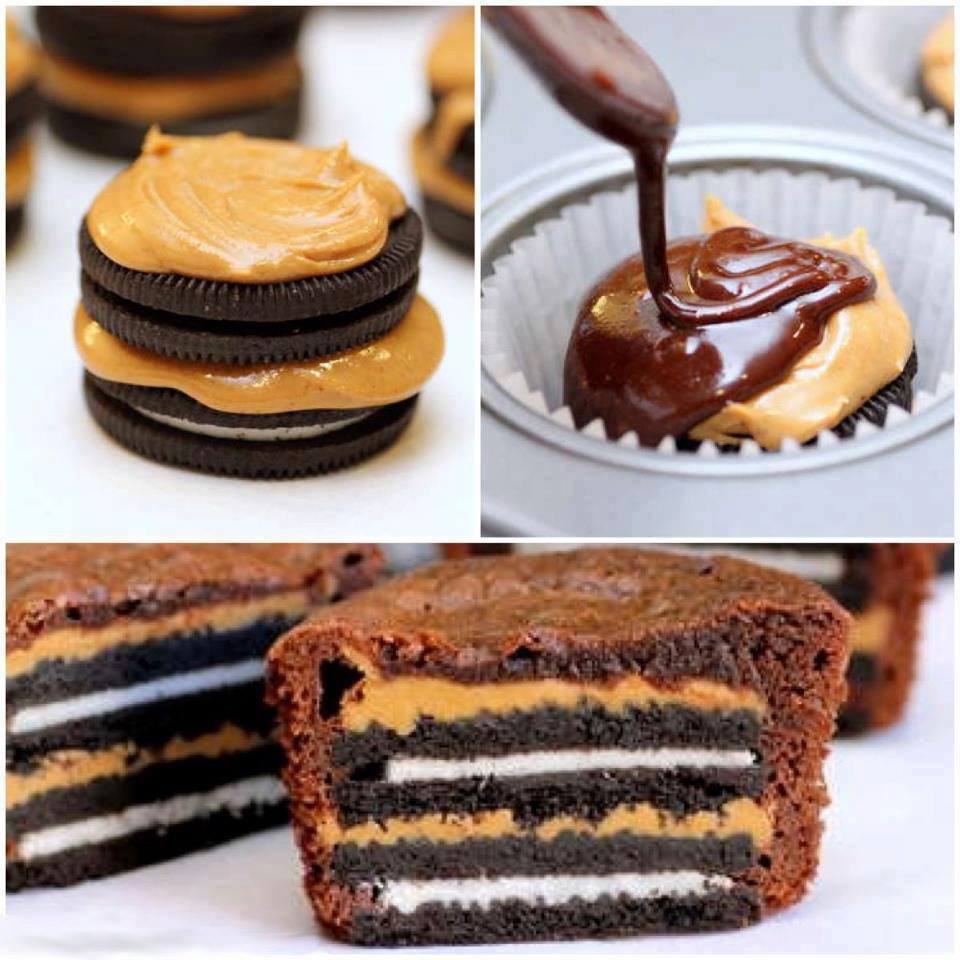 I can not let my wife see this one. Oh my god she will run to the store and buy the oreo's. 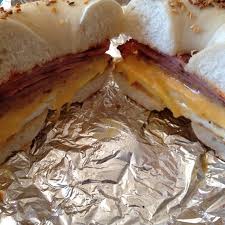 TurtleShifter:
What zip code did the brsket end up in?


It stayed in the smoker... just lifted off the grill a couple inches....

OK, no recipe here but I have to post this... we've been buying Nathans hotdogs now for a while ... they are soooooo good. Anyone else think ths same thing?

The only thing missing is the ballgame...

rezrider:
OK, no recipe here but I have to post this... we've been buying Nathans hotdogs now for a while ... they are soooooo good. Anyone else think ths same thing?

The only thing missing is the ballgame...
Click to expand...

Sabbrett is the way to go for hotdogs... throw them bitches in a pot of water and then on a martin's potato roll with good Polish mustard, chopped onion and a pickle or with some krauth and you have a serious hotdog... 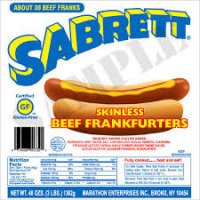 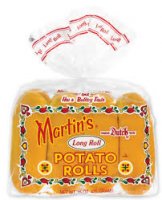