So I've been way too busy and have way too much to tell you guys. So it all goes here.

OK, starting off, I finally got my drain plug...the day I hit rage-tec about it and sent them a...I wouldn't say "angry email", more like "perturbed email" about it, they sent me a tracking number in about 5 minutes that said it would be here in 15 minutes

And I got my front sprocket on, roost to all who convinced me to get some snap ring pliers if you remind me that you mentioned it. Made the job a breeze! And it took a sledge hammer, some WD-40, and a bit of cursing but I finally managed to get my rear axle loose and didn't have to take any links out of my chain 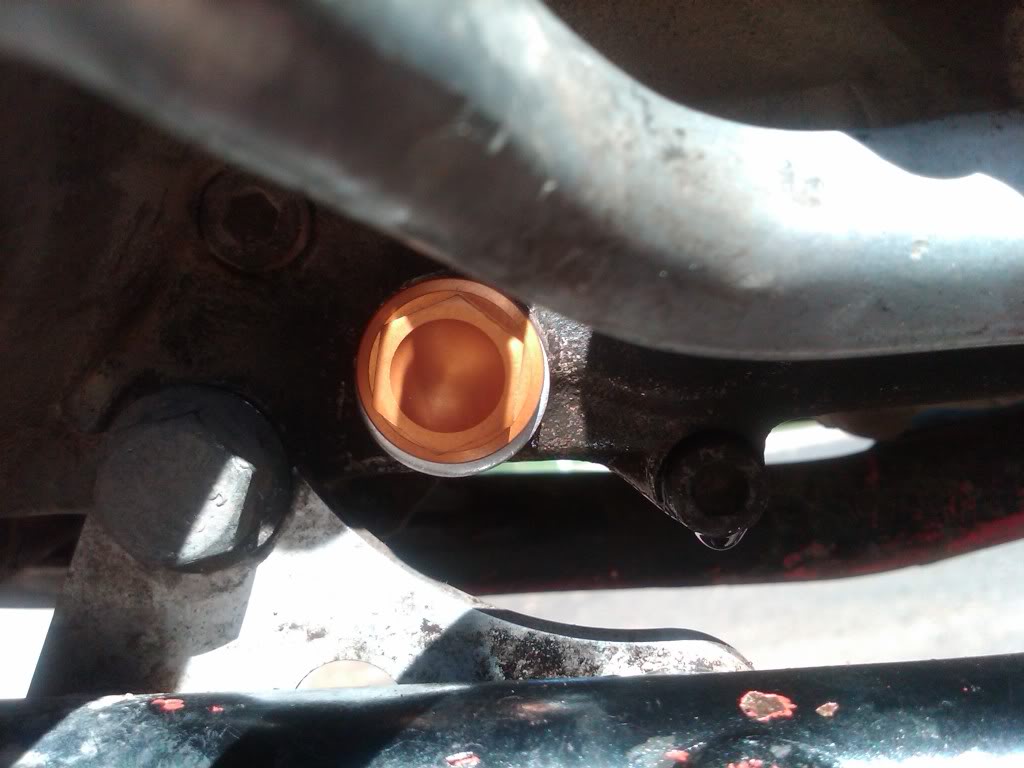 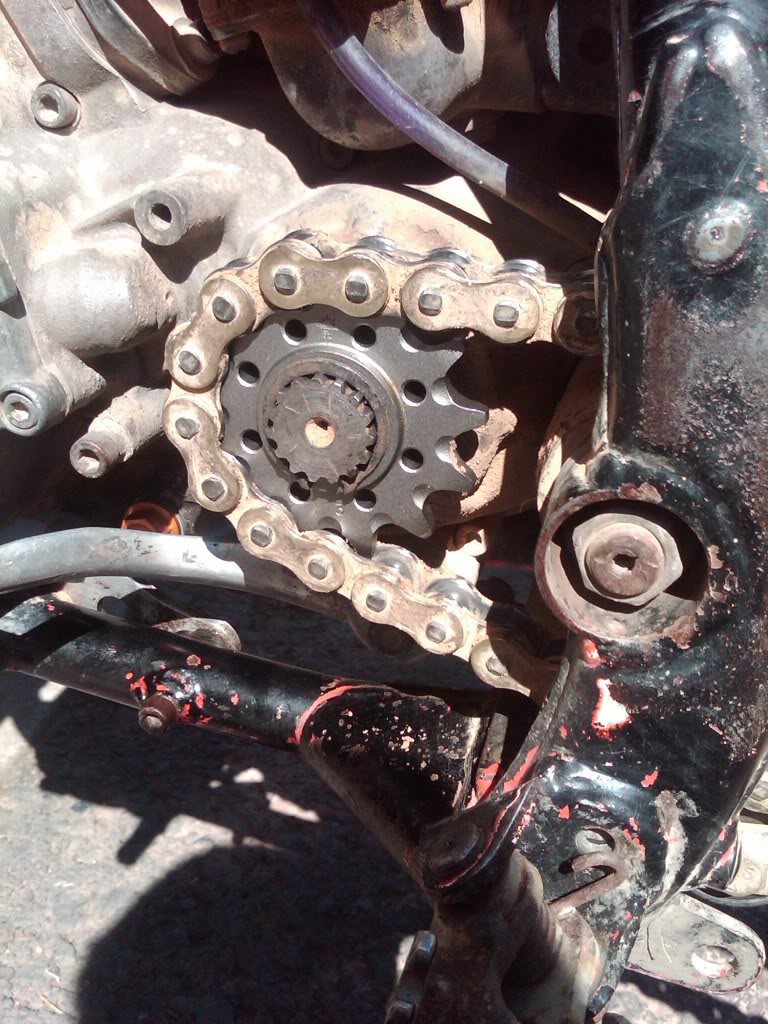 THEN. What made my week...was fag's 144 blowing up. I was working on my bike, didn't feel like riding that day though, and he was acting all condescending like the dick he is, kind of flaunting how he was going riding and I was doing maintenance. So he leaves, 15 minutes later Christian (the kid with the KX) calls me and tells me to come pick Sean up, his 144 blew up again. I lawled so hard. So we pick him up, of course he barely even cares because he'll get a new bike in a week from his grandmom, and we get his bike home, at which time Christian and Sean smoke a whole bunch of weed and we start taking the KTM apart for no reason. We get the whole thing apart, put all the powervalve parts in a cup, and I ask Christian if he has any idea how it goes back together because it looks pretty complicated and there's a bunch of small parts. He says no...out loud...both him and sean laugh their asses off because they're high

so we get the piston out, and the thing has BURN MARKS on the UNDERSIDE of the piston! WTF! I mean, apart from melting the rings again and scratching the hell out of the piston...I've never seen a piston that was scorched on the underside. And while his exhaust was off, I asked him if I could have the rubber exhaust collar. My bike always gets spooge all over the engine because there's nothing sealing the header where it meets the silencer. So YAY! That was the last thing I wanted to buy for my bike, and I got it for free! 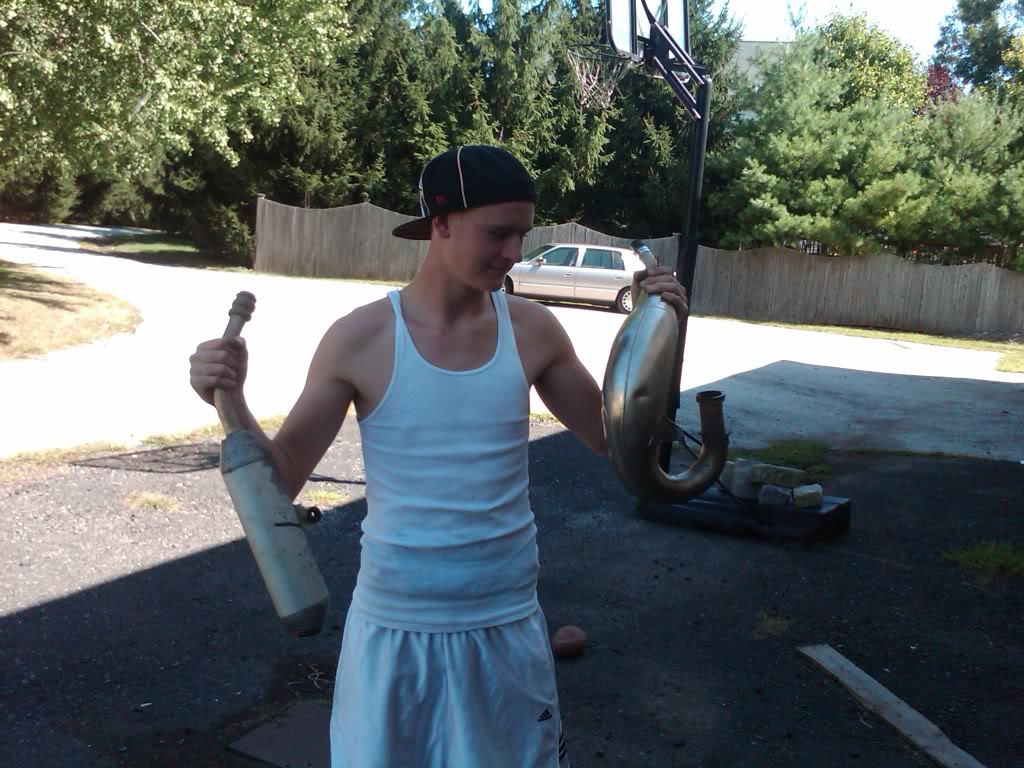 The goon. Just look at him. Obvious goon. 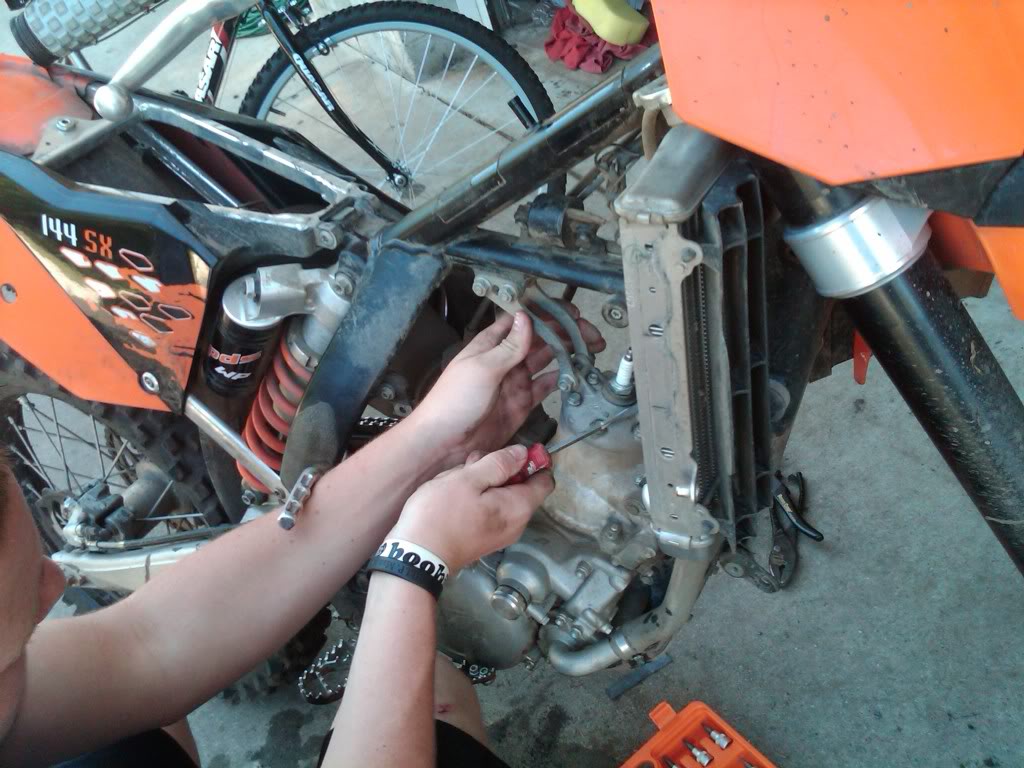 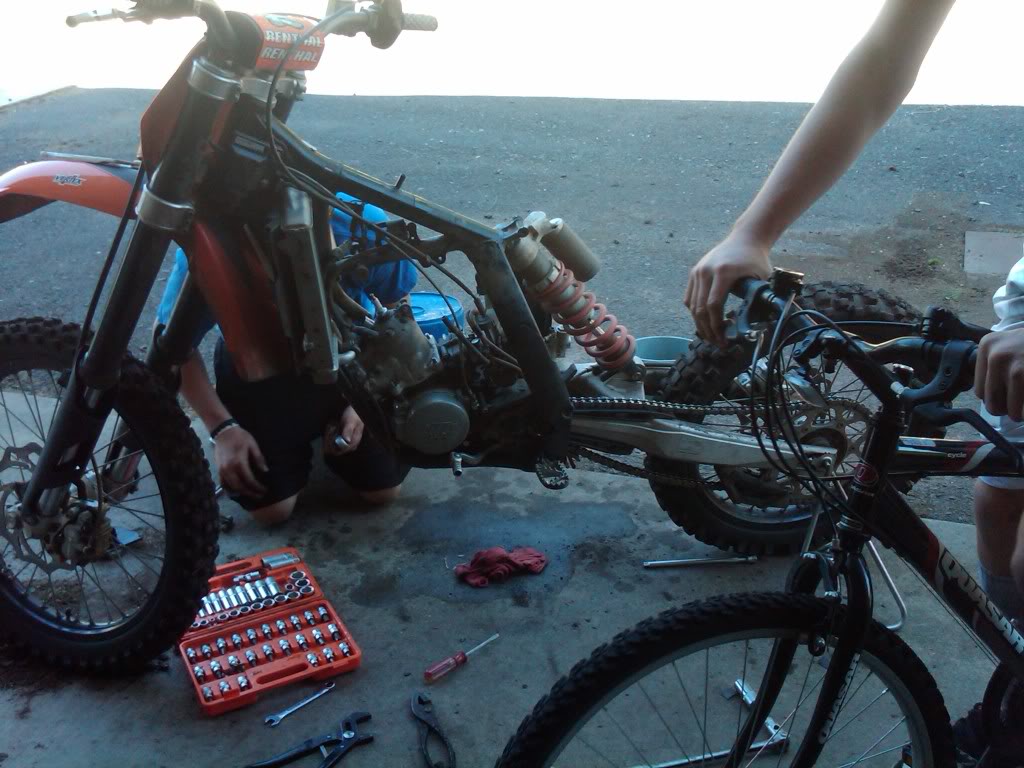 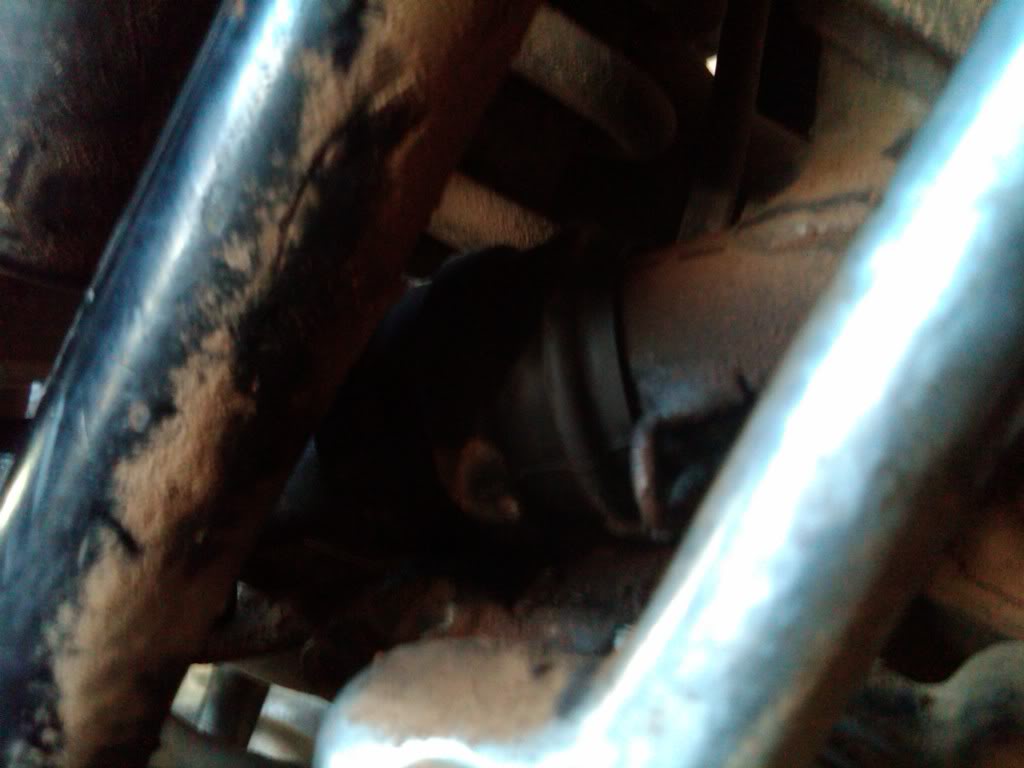 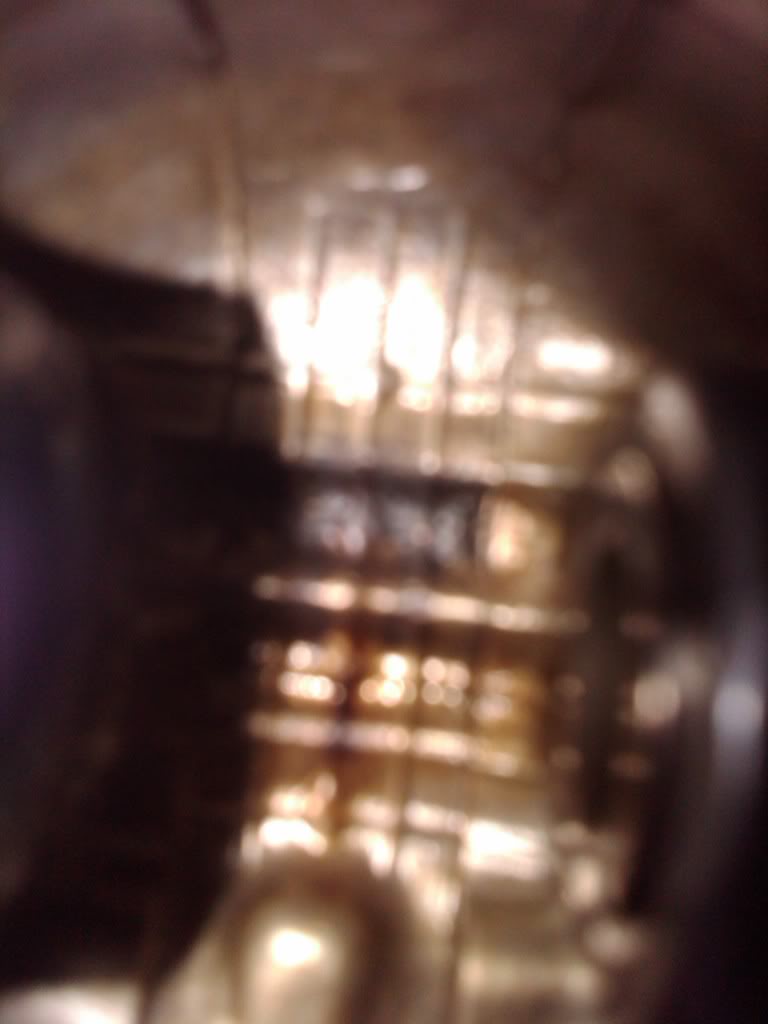 How do you do this to a piston? 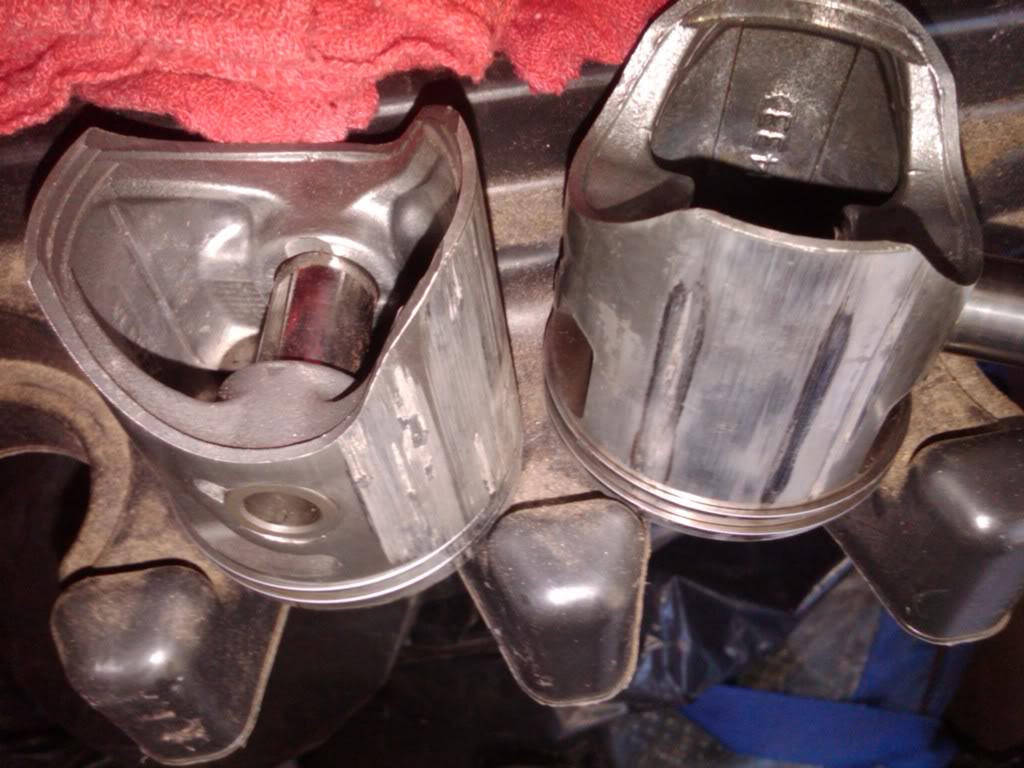 That makes TWO so far!

And then, I picked up a used '97 Jetta GLS 5 speed for 1300 bucks. High mileage, but it runs good, only needs some tires. Learning stick shift was fun, got it on the first try without stalling to my mom's surprise. She was trying to convince me it was nothing like riding a dirt bike LOL. Same thing, just reverse your hands with your feet basically. So I got my license today

You get three times going forward and back to parallel park, and everyone in brand new cars was getting tripped up. Me in my 25 year old Buick, I just backed right in once, and he was like "wow. Ok then, pull out"

Transferred the insurance over to the Jetta from the Buick, and I'm officially driving my Jetta now 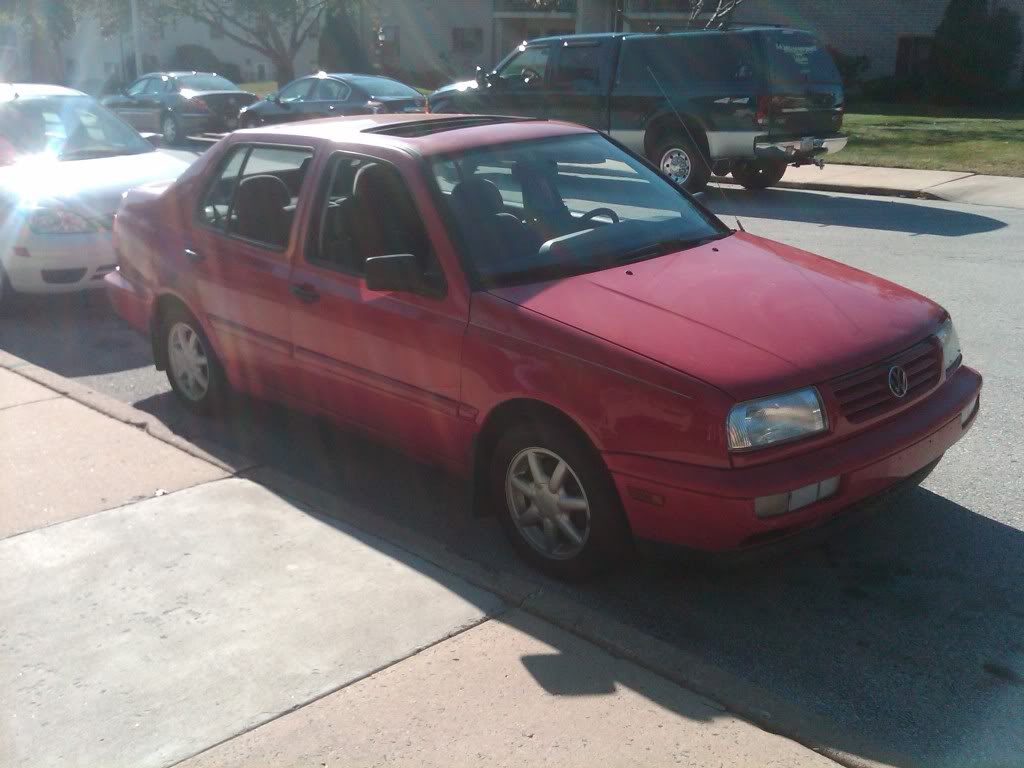 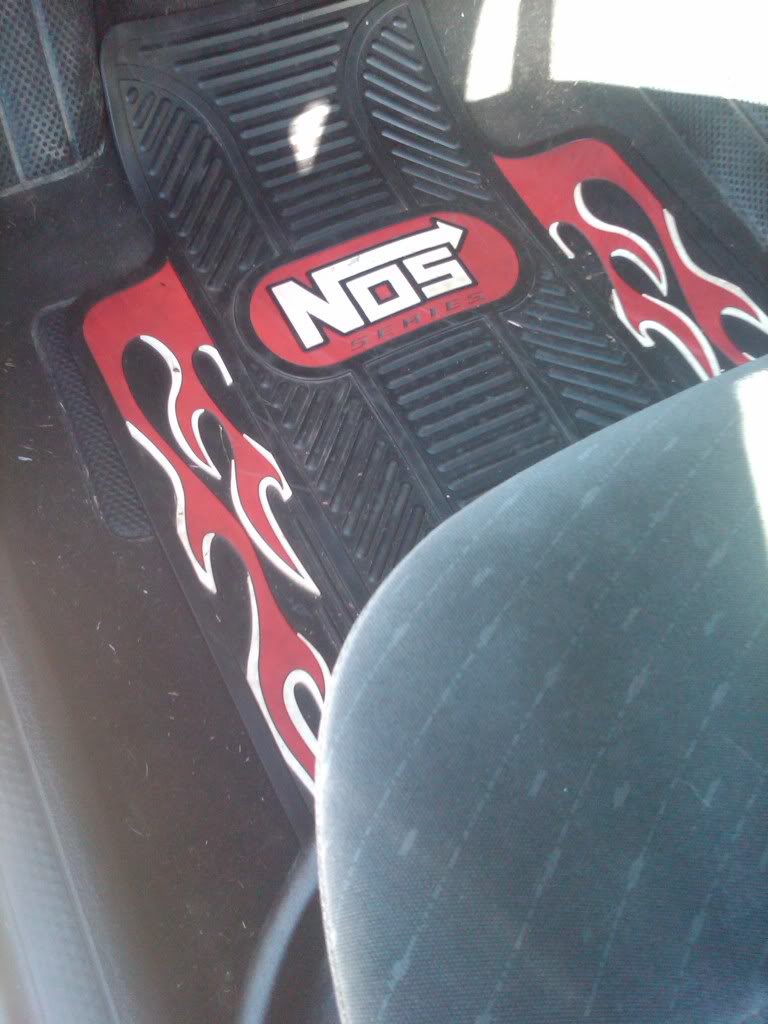 All in all, been good times lately

car looks good. Bike on the other hand; from looking at the pictures, looks like low maintenance was done. How did the filter look? Probably got dirt passed it and that is what trashed the piston.

hahaha I took my drivers test in an Astro van, needless to say EPIC FAIL

was TODAY your FIRST TIME DRIVING A STICK?!?!?! good job

HOORAY FOR YOU GETTING YOUR V-DUB AND LICENSE!! YAY!!

well good for you dub

sorry just had to get that out.

I remember the first time I had a stick car, didn't stall it until I had it for a couple weeks. And then it was like every day for a week, kept on trying to short shift.

Before I sold it I would shift without the clutch, not very smart.

wow james, you are a true indiana driver

Hahaha, nice update Rdub. Get the KTM back together yet?

yawtyler:
Hahaha, nice update Rdub. Get the KTM back together yet?

Also, the Jetta looked a bit rough when I got it. I had nothing to do all day Saturday so I got a tub of Turtle wax and went to work. End result was pretty impressive actually. I'll put some pics up when I get around to it

R-Dubya:
I'll put some pics up when I get around to it

I needed a round TOIT, not a TUIT!

I needed a round TOIT, not a TUIT!

You would think so but it actually is spelled tuit.

So what are you waiting for?