How Much More Will The People Take Before Fighting Back?

Reading threads on other websites, it sounds like things are starting to boil. A lot of people (myself included) believe the American people are being taken for a ride by the rich and politically connected. Our standard of living - in the most powerful country in the world, is declining every year. Lower pay, longer hours, depravation of rights etc.
Contrary to what is told to us by the "news", this isn't worldwide. Many European countries are doing much better than us financially.
Many believe we have become a police state worse than the U.S.S.R. was during cold war times. We have more people incarcerated than any other country in the world.
Politicians hope that apathy on the part of the general public will allow them to further their goals.
So, as an informal poll, what do you think? Is this true, or should I adjust my tinfoil hat. And if you think this is true, how much more will the American people take before fighting back? And if we fight back, what will the goverment do to prevent it? 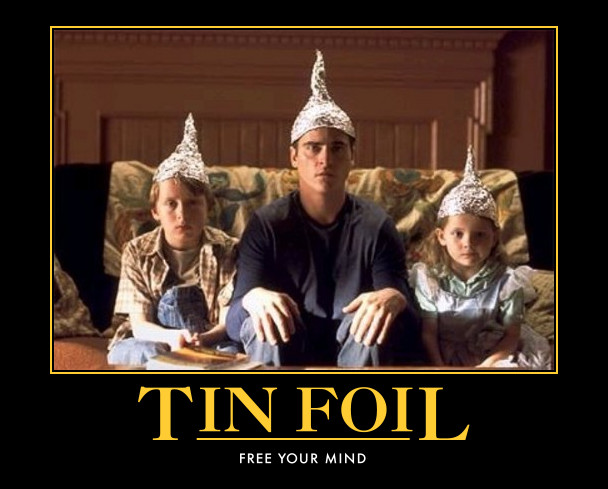 naw but there is some truth to what you say just not to an extreme... YET anyway... i really do feel bad for my kids and what they have to look forward to tho

Staff member
I think what you're saying is that we the people are tired of the government telling us what we can and can't do. Politicians (ALL parties) not caring about what's best for us Americans, but doing whatever it takes to get re-elected and furthering their own career. Government spending mine, yours, our children, great grandchildren's money in ways that only make matters worse. etc. etc.

Whatever happened to having a million dollar idea and doing something about? Now you have some many regulations, laws, taxes, etc. that it's almost not even worth trying anymore. I work for my bro at a real estate investment type company (very hard to explain what we actually do

) and the amount of regulations we have to follow is just outrageous, to the point were some days you just want to throw the towel in. I think most of you guys know where I stand on these issues so I'd better stop before I really get my

However back to your original topic, I do think Americans are fed up. Look at what's called the Tea Party movement, and they said that that would just fizzle out a couple years ago when it first got started.

Off topic:
I was watching a little news today and they were talking about the tragic shooting in AZ. I was just waiting until they brought this certain topic up.

IMO sometimes to much control (laws) is a bad thing.

However as long as there's at least 2 people alive in this world, there will be arguments/disagreements on how a society should be run.

Damn I was only going to write one line and I didn't even go off on a patented James rant (ask my coworkers about those).

This guy named "Jefferson", who in large part (along with other Libertarians like Madison, Adams, and Paine), penned our constitution, had something to say about guberment:

I completely agree with you. Big corporations and government consider the masses nothing more but worker bees to forward the way think life should be run. I think that the boiling point is nearly upon us. What that means remains to be seen, but I think people in general are plain ol' pissed off (me included). I also agree with James that all of the regulations that are put on small business is so ridiculous that it makes it nearly impossible to survive. (James, if you think Indy is bad, try Cali.)

James:
Off topic:
I was watching a little news today and they were talking about the tragic shooting in AZ. I was just waiting until they brought this certain topic up.

IMO sometimes to much control (laws) is a bad thing.

However as long as there's at least 2 people alive in this world, there will be arguments/disagreements on how a society should be run.

Damn I was only going to write one line and I didn't even go off on a patented James rant (ask my coworkers about those).

Good night and God bless, I'm out.
Click to expand...

I can go on and on about Gun Control.

[rant] For that question, "Would this have happened with stricter gun laws?" Of course! Like any criminal with the intent to murder someone is going to be stopped because it is illegal to have a gun. California has the wrong idea on gun control. Their government seems to be ran by mentally blind nanny-stating liberals. These strict gun laws are only removing guns from the good people, and keeping them in the hands of the bad. If someone has the intent to kill a bunch of people, do they really think stricter gun laws will prevent the maniac from shooting up the place? It's just like the people out selling drugs. It's fully illegal, yet it doesn't stop them. These people who are out committing murders will do whatever it takes to obtain the weapon. Also; guns don't kill people, people kill people. A person can kill with nearly anything in the world. Should we ban everything? It aint limited to what a person kills with, that's why there is no point in banning firearms. A firearm is a tool, not a killer. The killer is the man behind the firearm. [/rant]


I can also rant about eliminating Gun Free Zones too.

Gun Free Zones are about as blind as gun control!

Gun control is a perfect example. There are more than enough (actually, too many) laws on the books allready, but instead of enforcing these laws, they simply add more every year. These laws have ZERO effect on criminals, but they do hinder law abiding citizens.
Why? 'Cuz the government doesn't want an armed populace, now why could that be?
Share:
Reddit Pinterest Tumblr WhatsApp Email Share Link
Top