The start of Summer is here, and that only meens 1 thing, Carl needs volunteers for KM. So after making plans for the kids, leaving a butt load of money, and getting off work early, I stopped at my Bro's house, stole his bike, and headed up the hill.

We can start with the way to report.

A few shots of a MX track as I drove by. 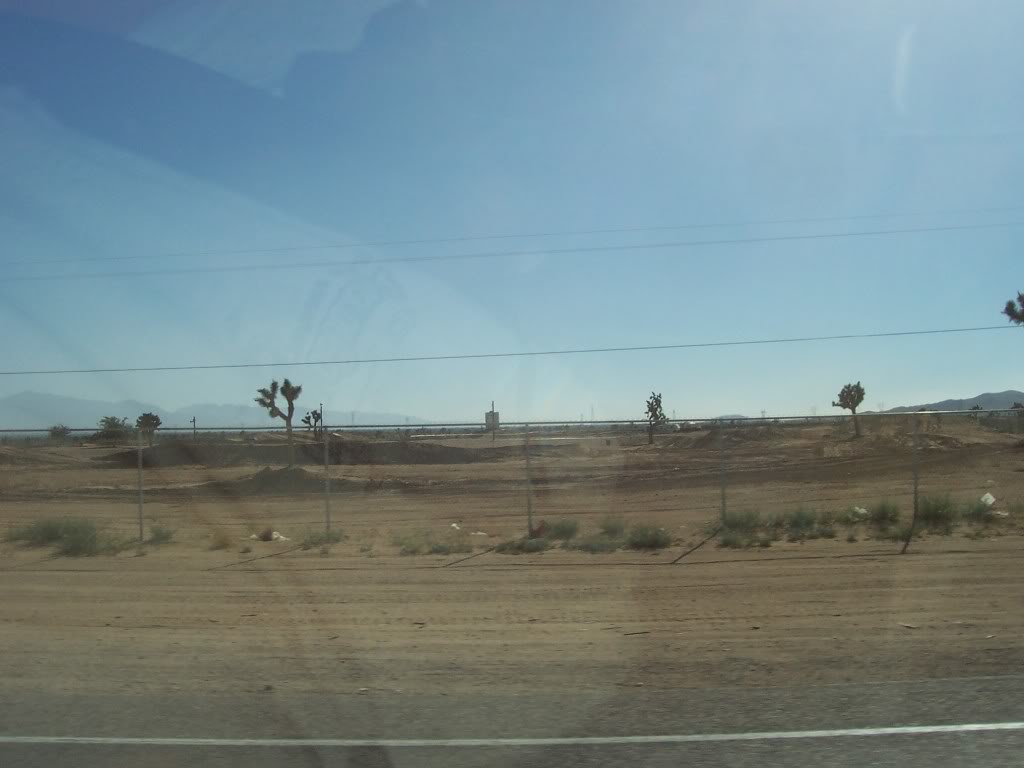 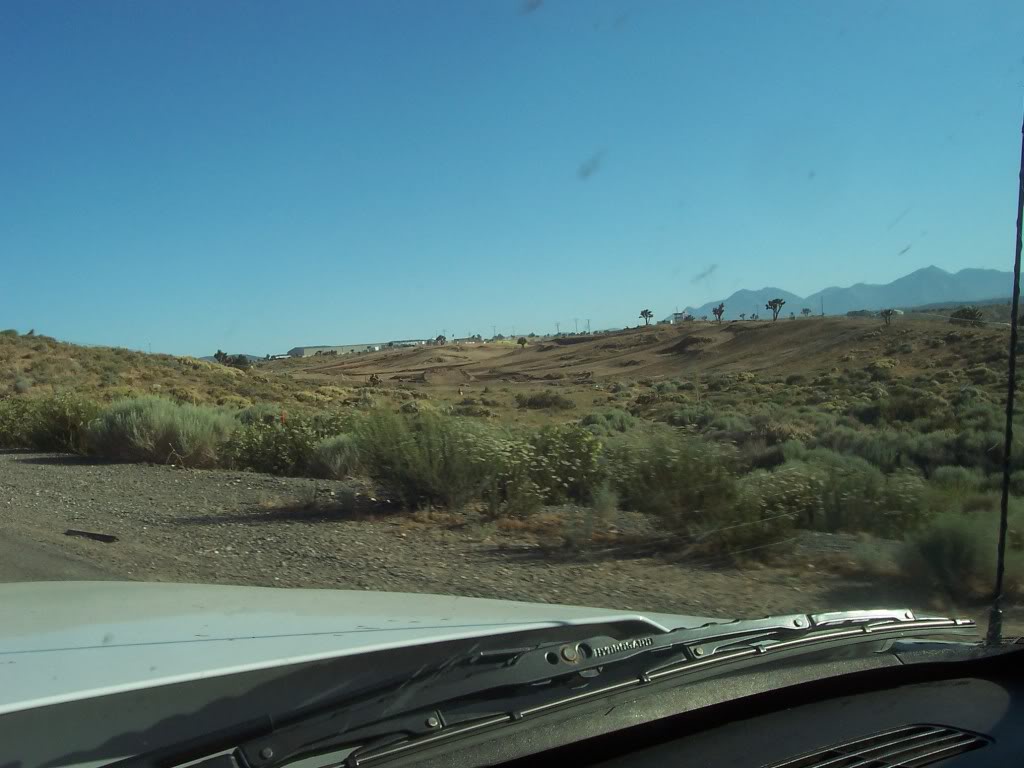 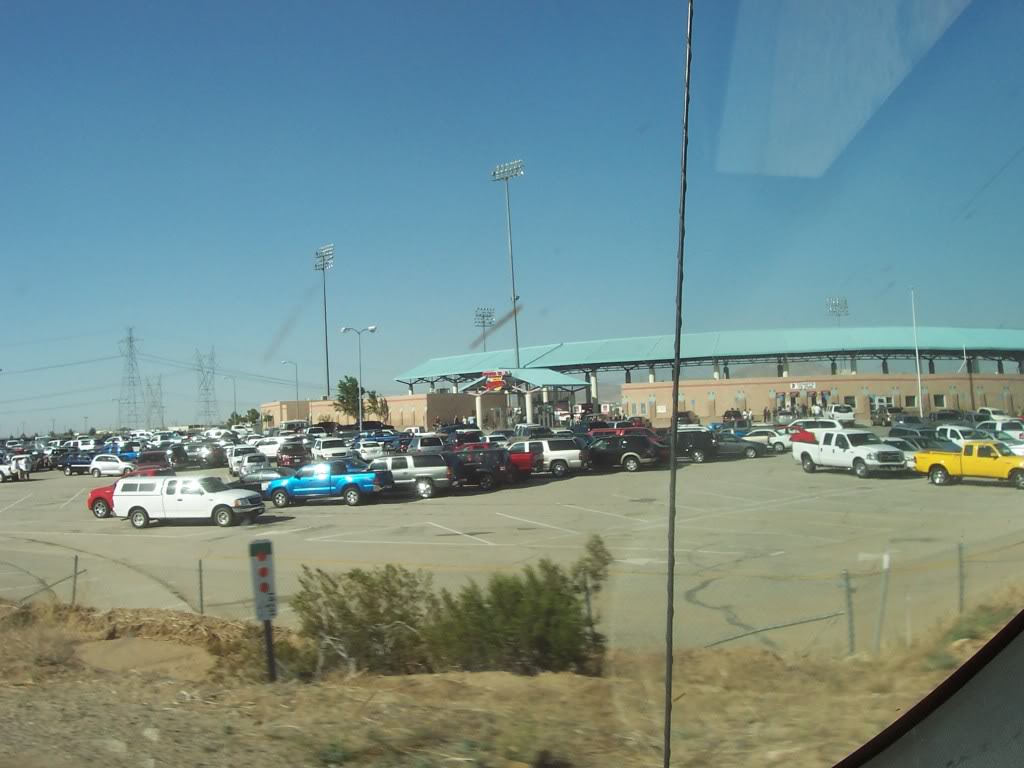 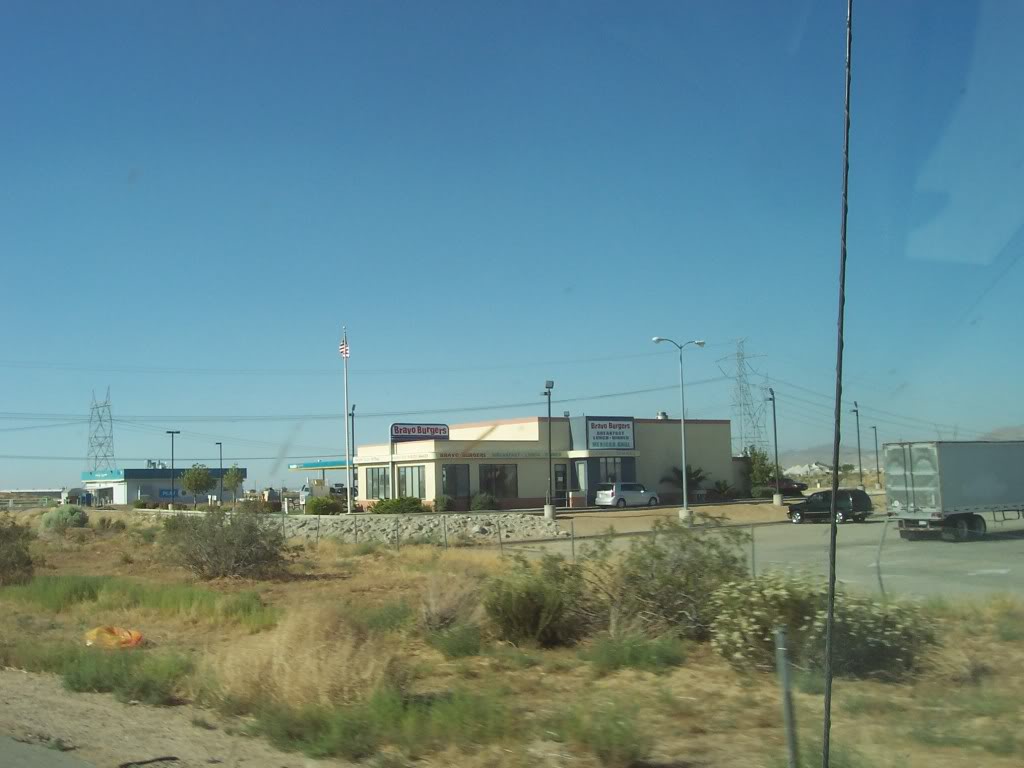 Not too far from El Mirage 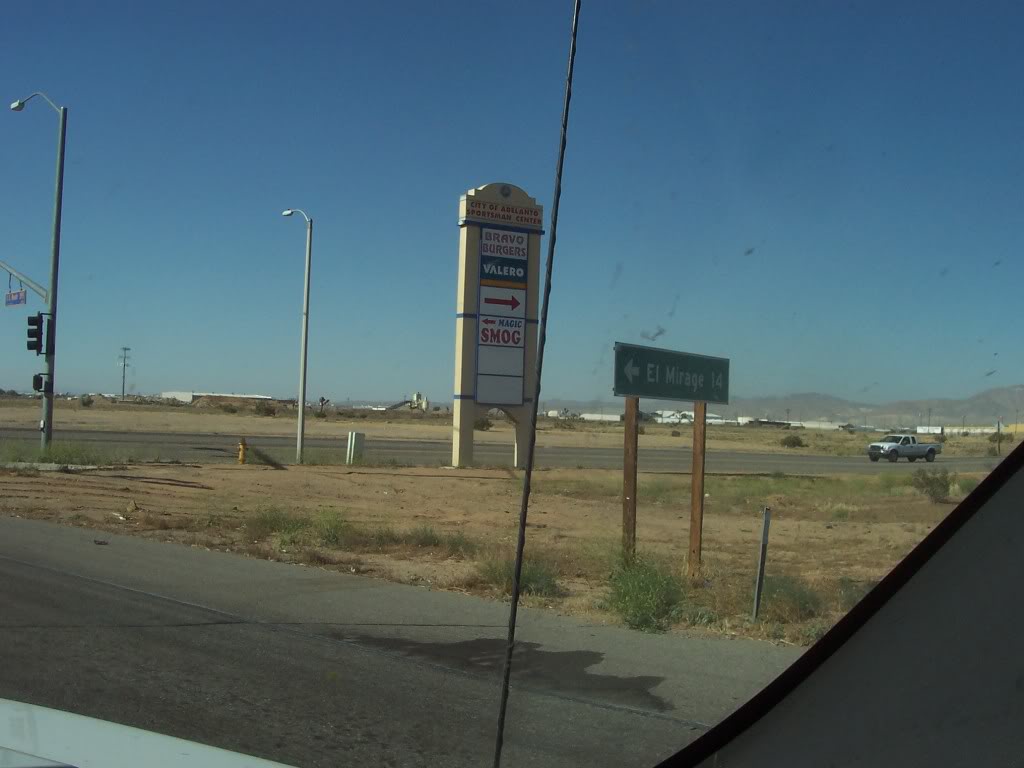 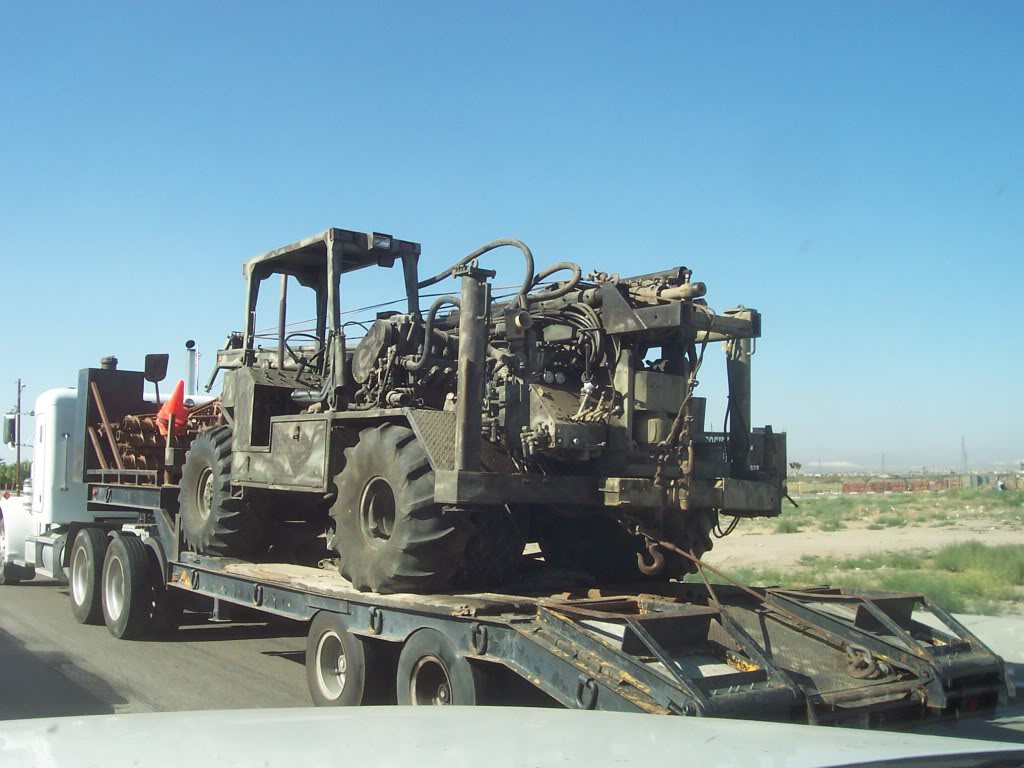 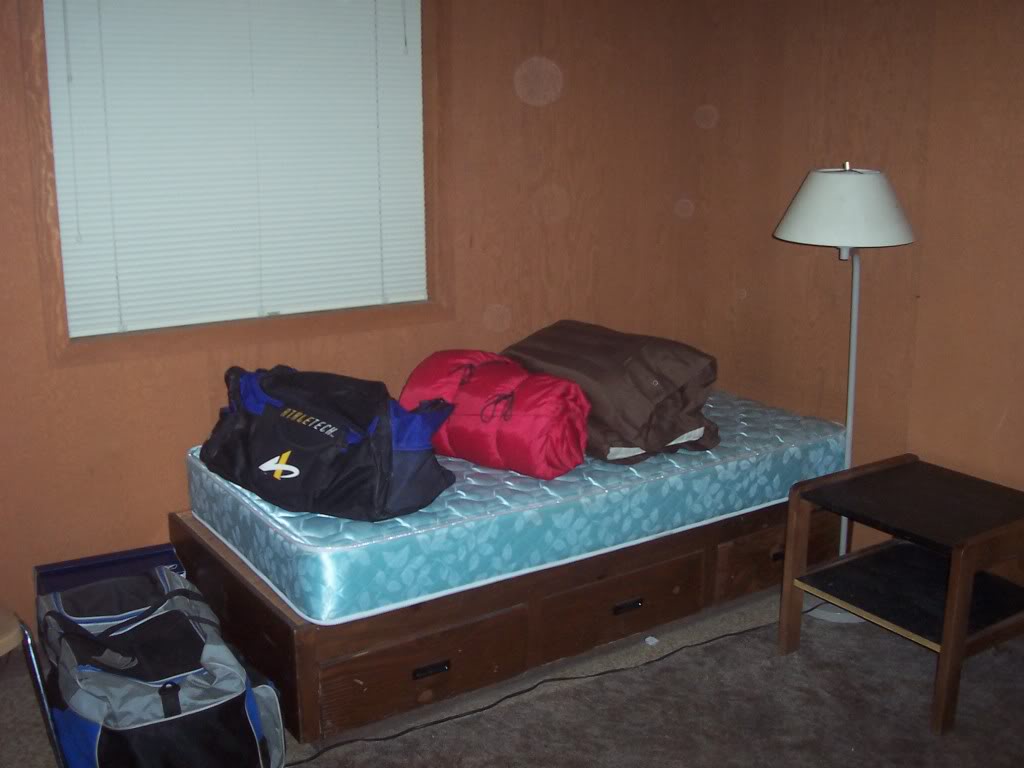 While this may start out as an 'on the way to the ride ride report' like James posted. At the end of the day, I predict a great story and great photos! 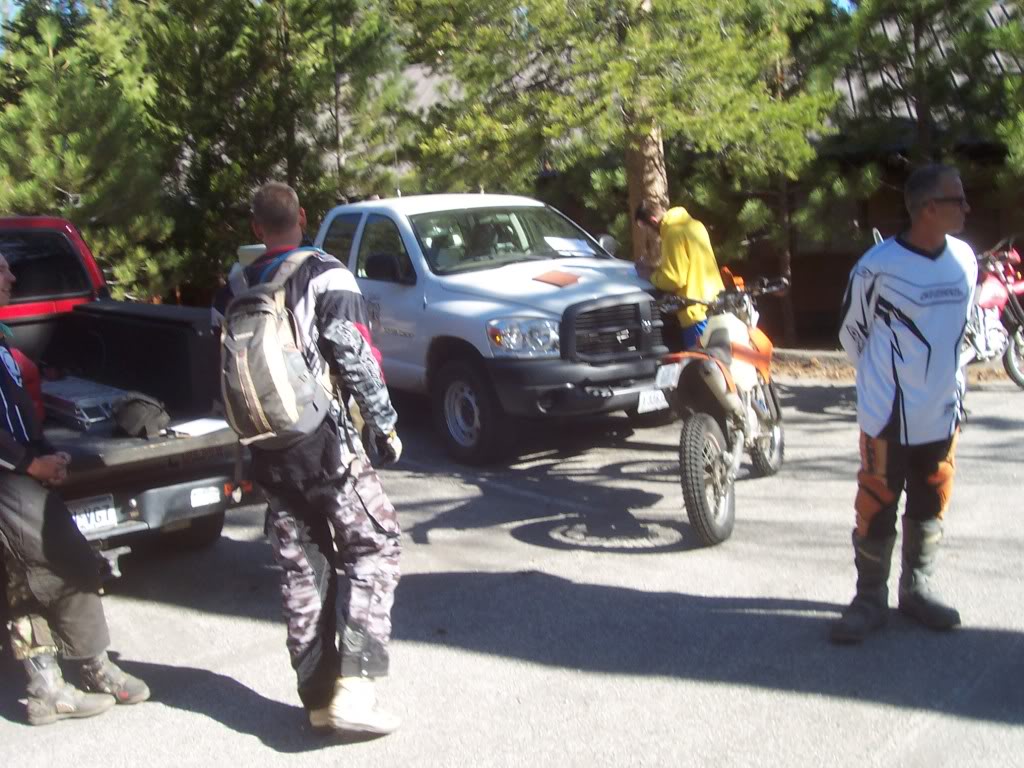 Getting the fuel bottles ready to pass out. 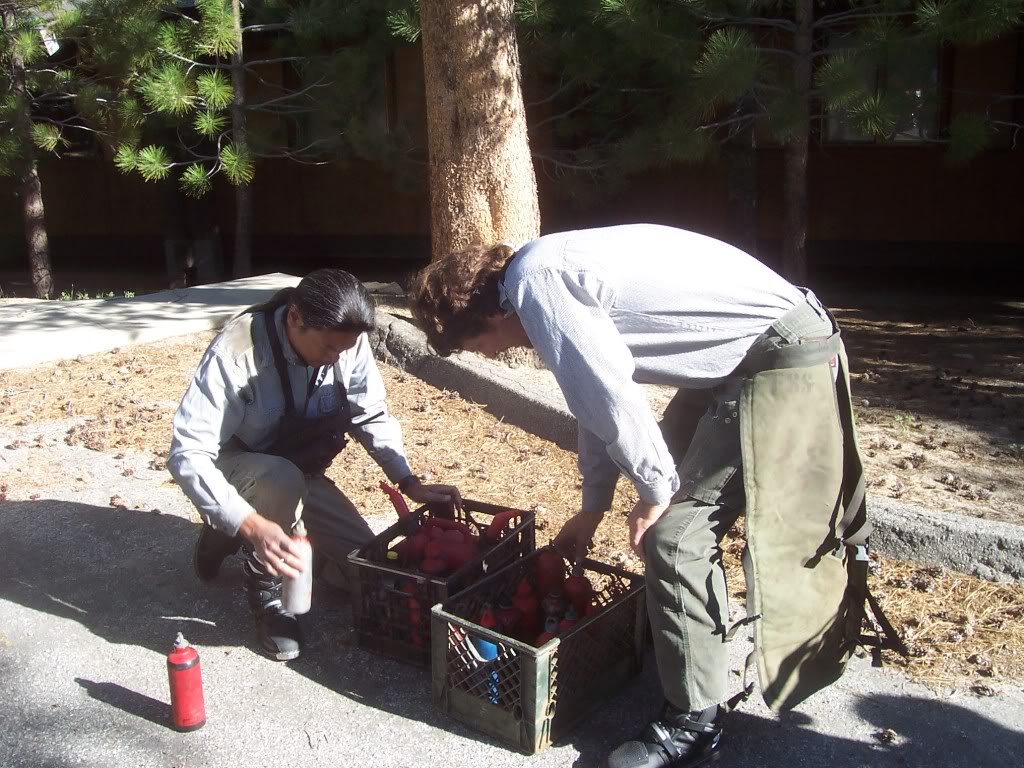 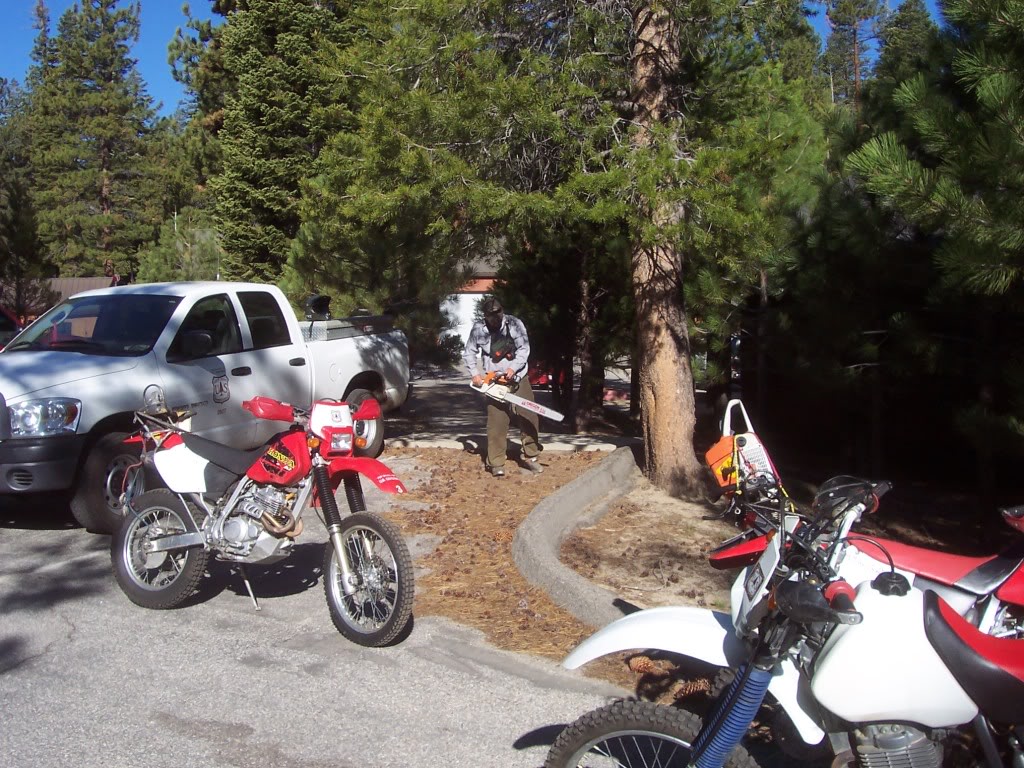 The ugly mug shot of the trip. 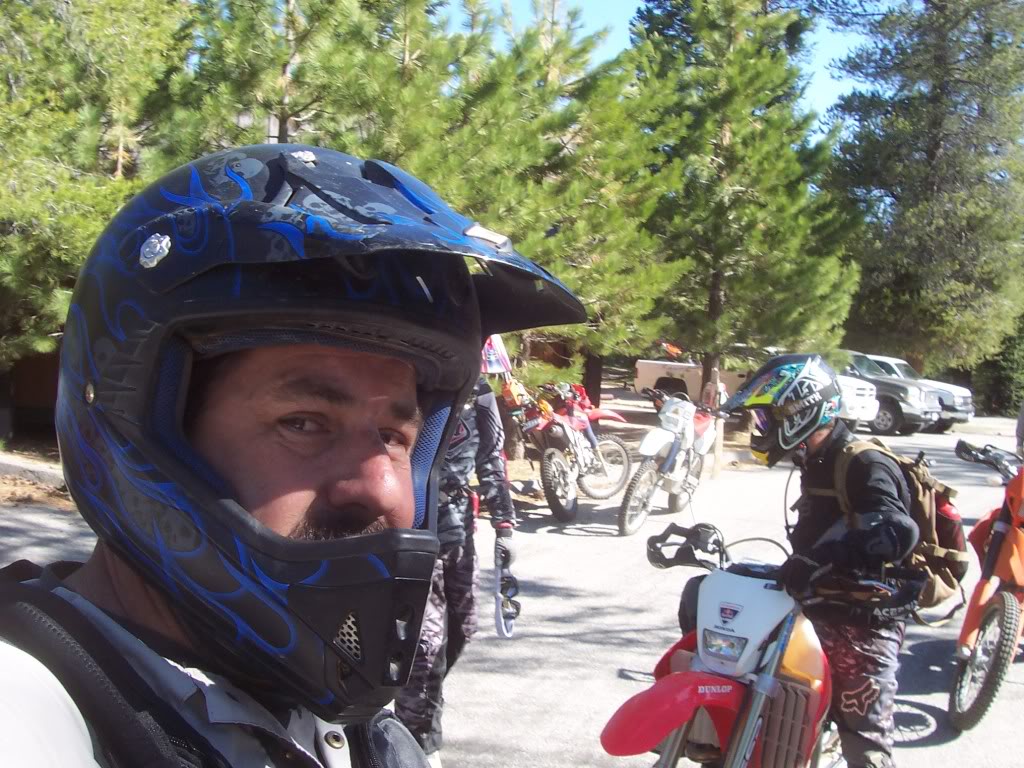 We had a decent turnout of 10 volunteers the first day, . There were 3 FS personal with saws, and Chris from Stewards of the Sequoia with a saw, which gave each sawyer, a minimum of 2 helpers. The call for bad asses was placed to go down Rattlesnake, 4 were needed, but only 2 spoke up, one being HammeredFlat4. With the silence deafing, I stepped foward, and with me came Anders and his 9 hour old KTM.

We started out down a horse trail, and found a few trees that needed clearing. It was great legally poaching trails all weekend. 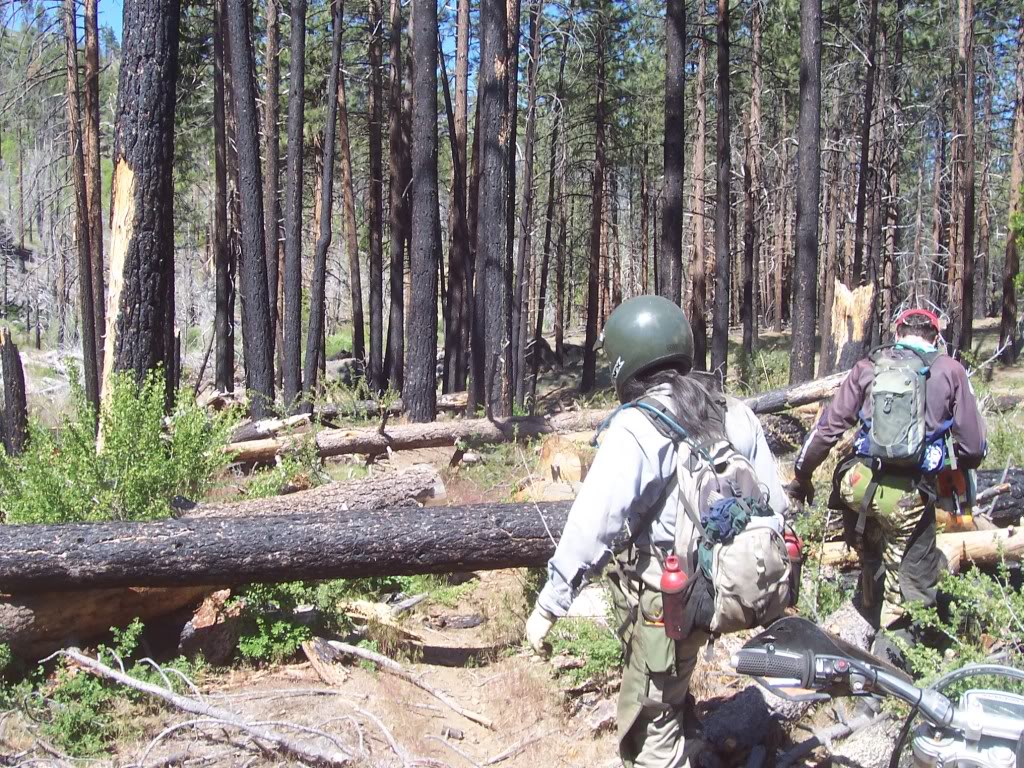 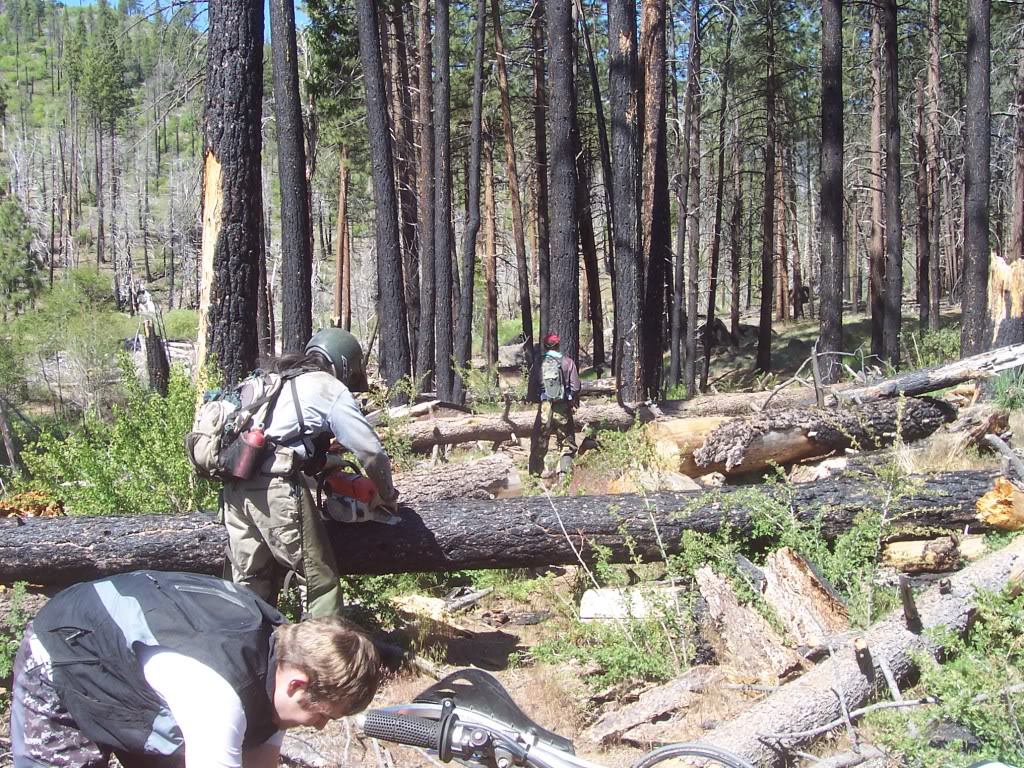 After this shot we started leap frogging and got seperated from Chris, as they went ahead. On one of the next stream crossings, I came around to find our Ranger Glenn, underneath his bike, holding his radio, and chainsaw out of the water. Russ and I helped him up, but the FS XR sucked water down the exhaust, and the call was put out for Carl to bring tools.

Not wanting to wait around, I rode and caught Chris and his muckers, at another crossing. There was a deep hole, right before the exit on the other side, with some logs blocking the way. Since I was already soaked, I went in and cleared the way.

Me looking at Chris on the other side. 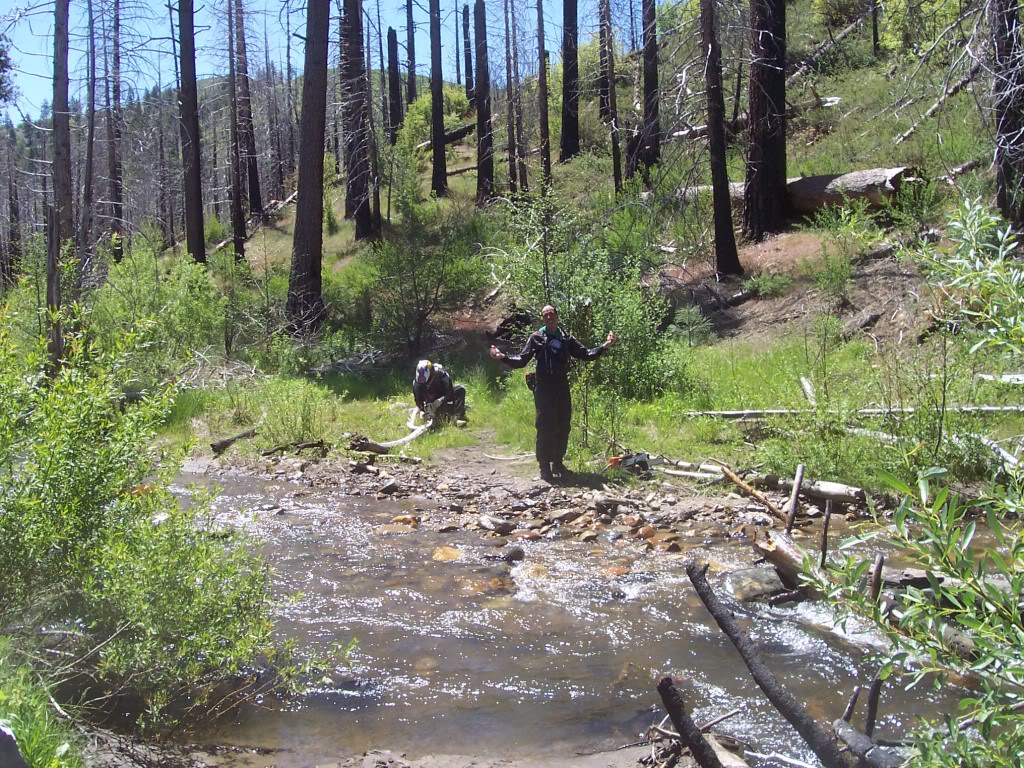 The KTMs coming across. 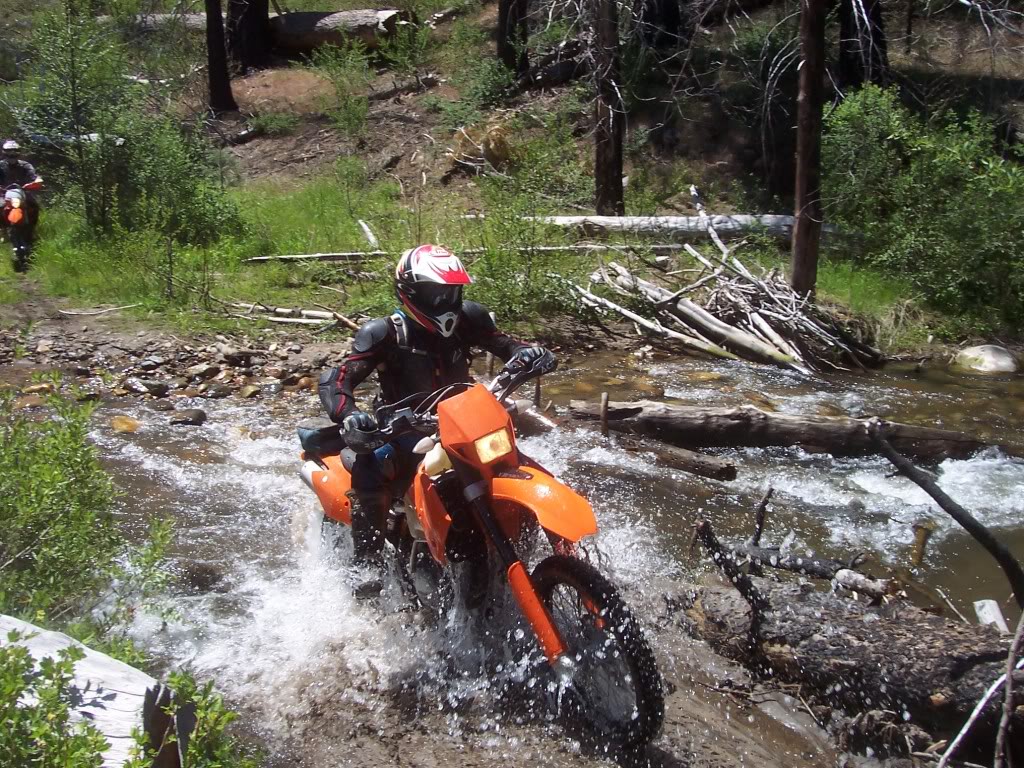 This is the last shot of the day. We are still heading North on RS, and just another tree.

We ended up doing over 65 trees that day, and my body really felt it at the end of the day. It was a great time, with a great group, that's for sure.

Damnit you beat me to it

HammeredFlat4:
Damnit you beat me to it

Still have Sunday to post. There's not that much pictures, but better then nothing.

awesome stuff. man if i lived close i would love to do some volunteer work like this.

roost for you two.

Man I cant wait to get back up there now! Tim are you planning on making any more trips this summer? I am going back the weekend after the 4th with some friends anyone is welcome to join us! I tried to roost you but I guess I need to spread some first

Good stuff guys. I will get up there at some point this summer.

I call that Manly Man work! I'll leave that for you Manly men. Im good for home made brownies and yummy trail snacks. Maybe next time I'll make you a care package. Glad to know you didnt throw any CHAINsaws this trip

Roll call was a little weak on Sunday. From Saturday's 10, it was known that 3 were leaving that night. When the next morning came, 4 more decided they had worked enough, packed, and left.

So volunteer count for that AM was 4, Anders and the now "no longer new, but abused" KTM.

Mr. Baja Taxi from TT, Canadian Bob who rode up from Kernville the night before, and myself.

I don't know how I lucked out, but with 1 volunteer per Ranger, I got selected to go with "The" Ranger Bob.

While the other 3 groups were assigned to work towards Rincon, Ranger Bob and I rode 20 miles of asphalt, to get to a horse trail.

I have to say now, I did not ride one legal thing that day. I lost count of the "No Motorcycle" signs I passed.

Not 200 yards onto the dirt, we hit snow, and Bob threw the chain on the XR.

Getting greasy first thing in the morning.

There were only 3 trees that we hit all day. Most of the day was dealing with this.

There were also a crap load of bear tracks everywhere.

Once down the canyon trail, which was one of the top 5 MTB trails in the state

, we got to some dirt roads to make our way to Big Meadow. 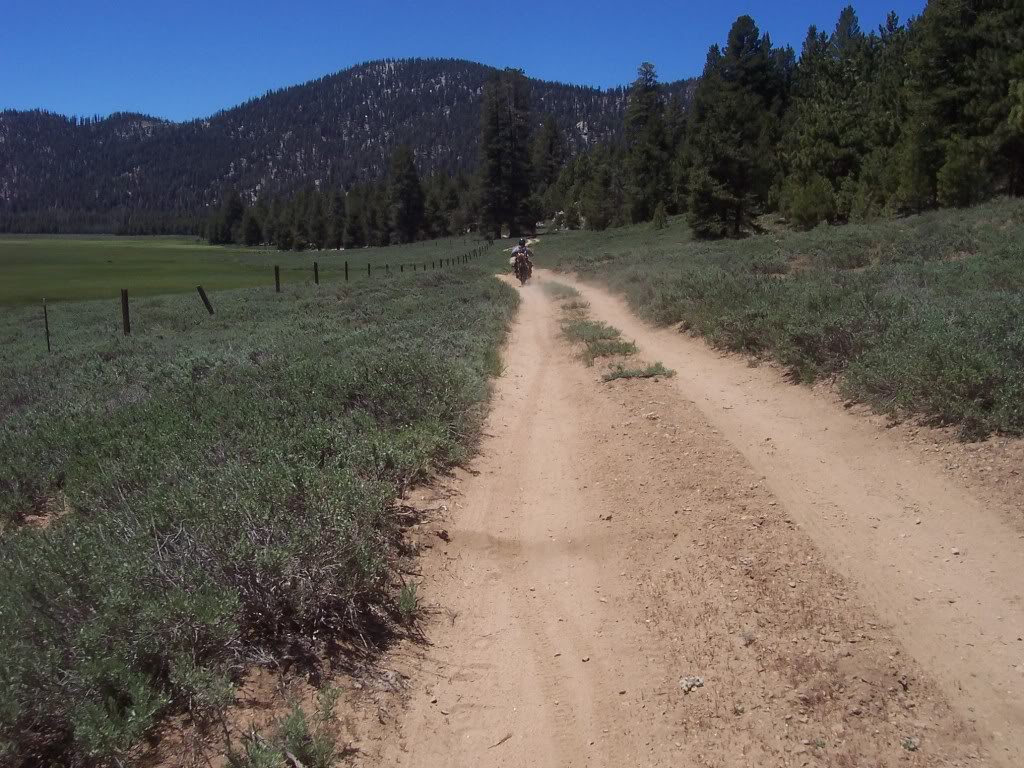 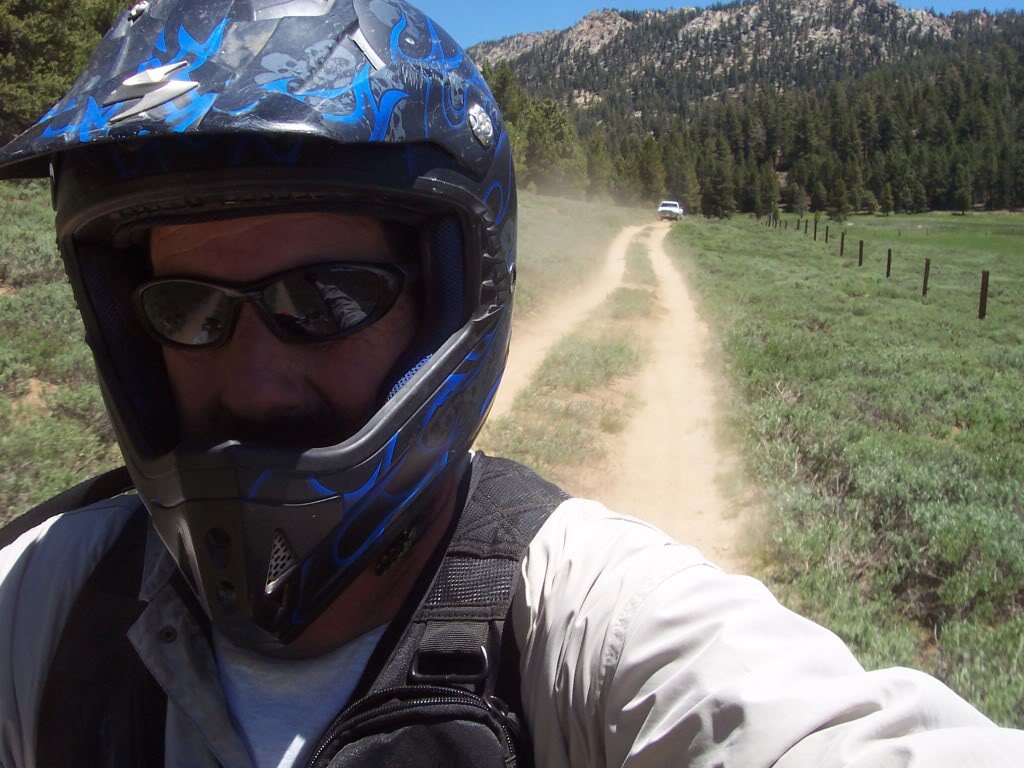 We came all the way down there to check on some other volunteers that were fixing fence, and building corrals.
There was plenty of barbed wire. 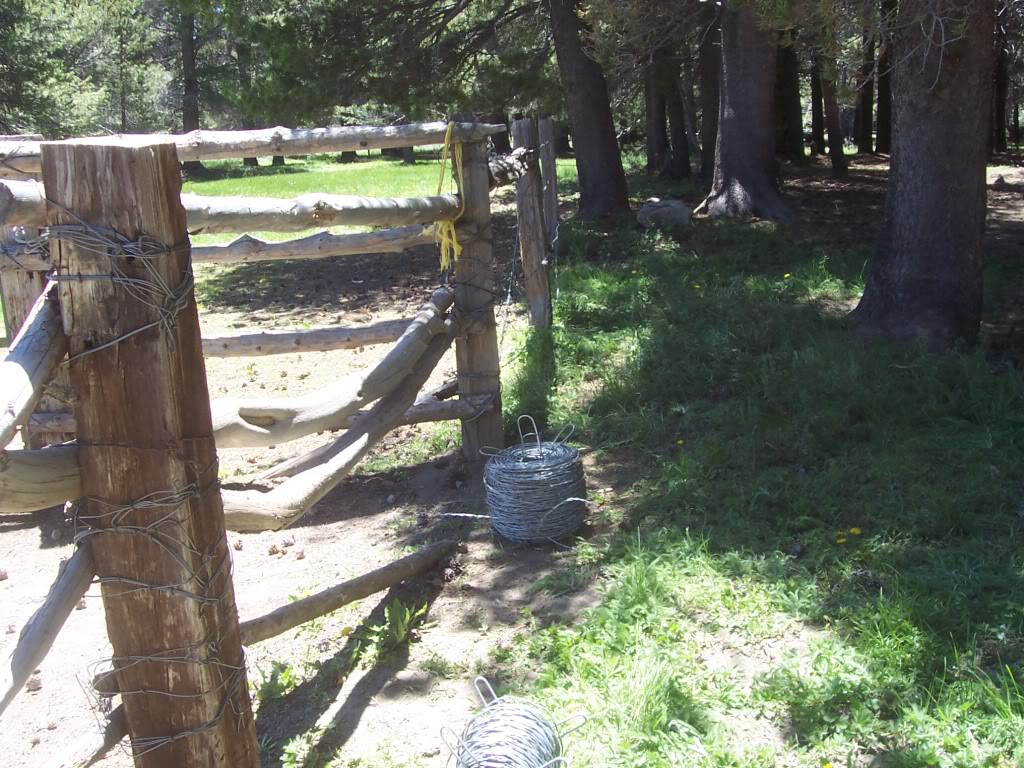 The fixed up corral. 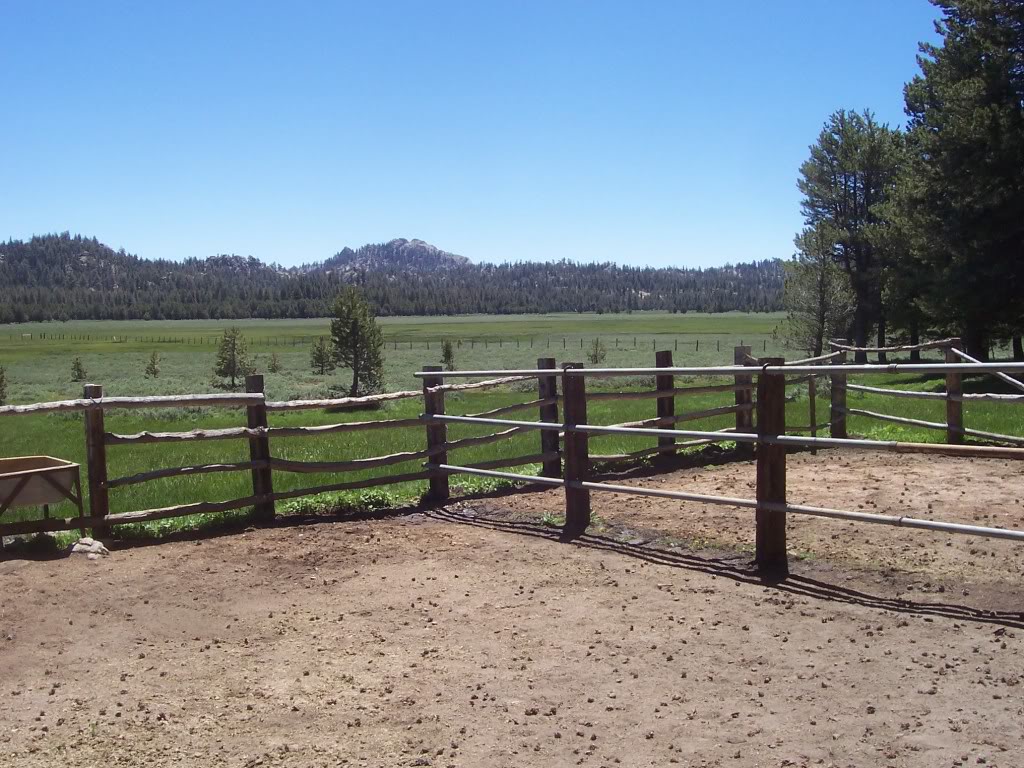 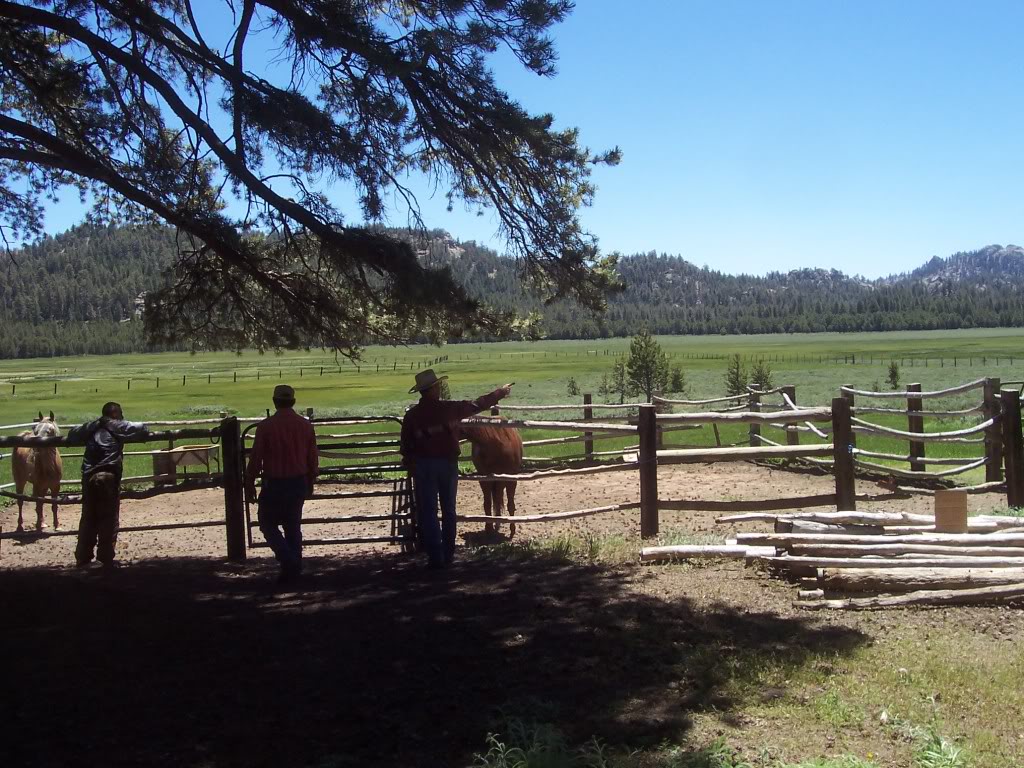 This what they were on. 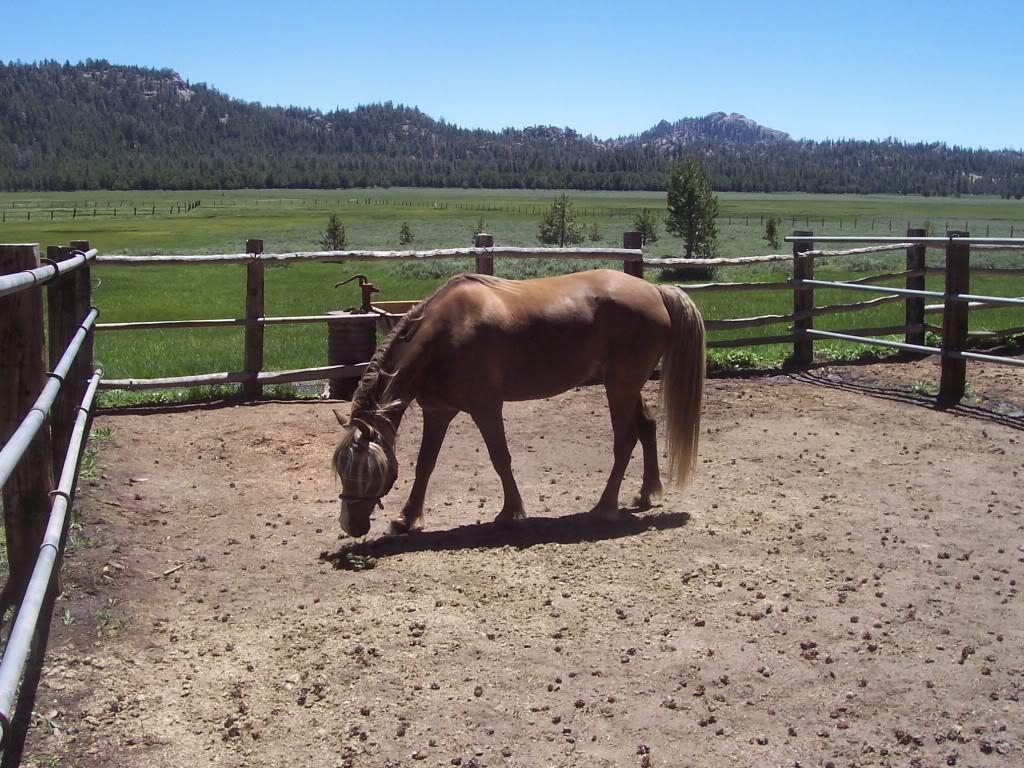 Another shot of the meadow. 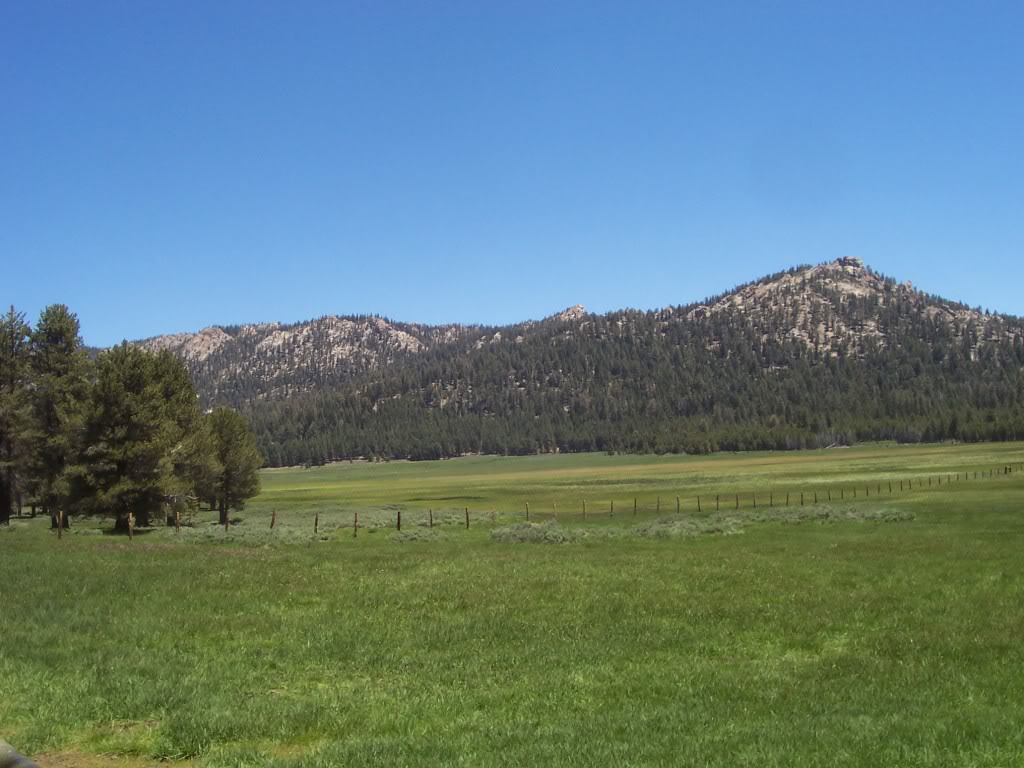 From that point we hit the road, only stopping to cut a tree the horsemen told us about, making a total of only 4 trees for the day. I would imagine, as a volunteer goes, you don't score on the type of day I had. After the last tree, the highway wasn't too far, which we then did 26 miles up and over the hill, back to Black Rock.

I thanked Bob, loaded, and got on the road at 2:30. Like a butt head, I left with a bottle of oil still in my vest. Sounds like a good reason to go back up there. 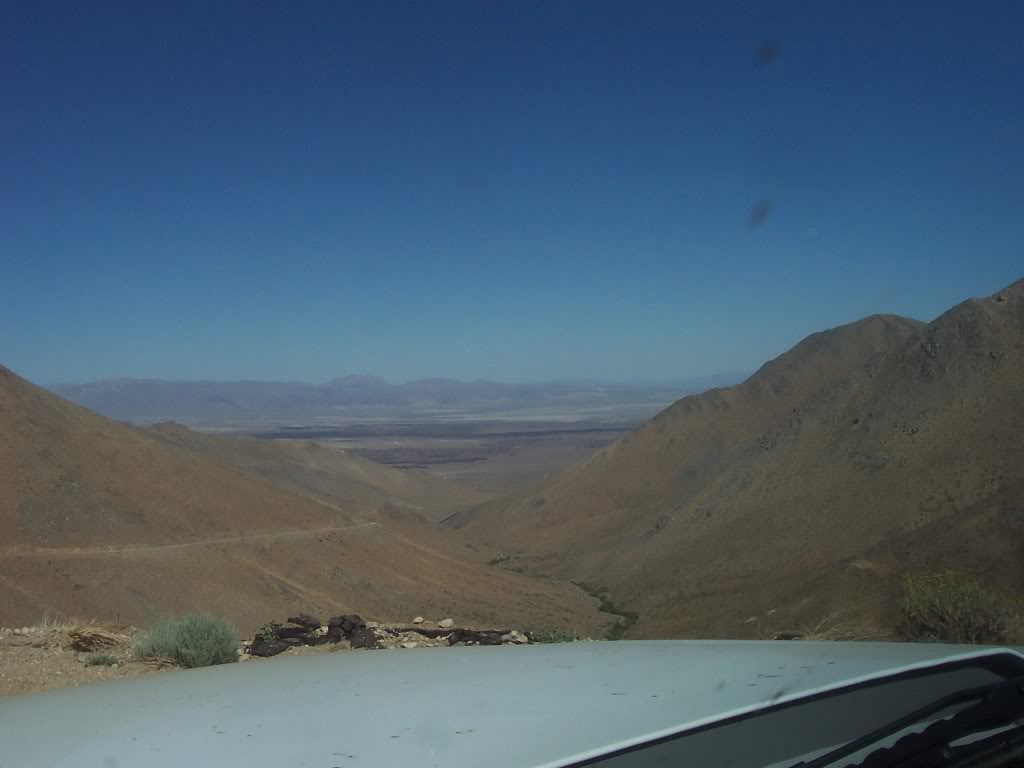 So after a hard weekend at KM, the borrowed X was looking a little tore up.

I lost his new trick gas cap vent.
I also scratched up the plastic pretty good. 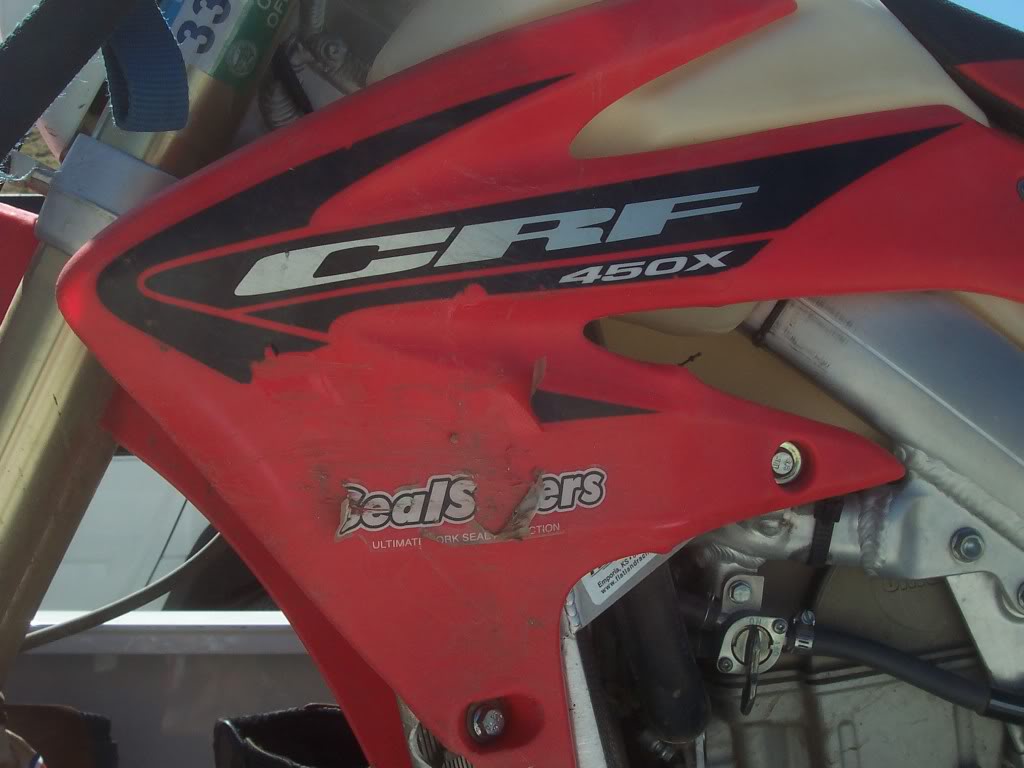 But by far the worst damage was to the fork tube. 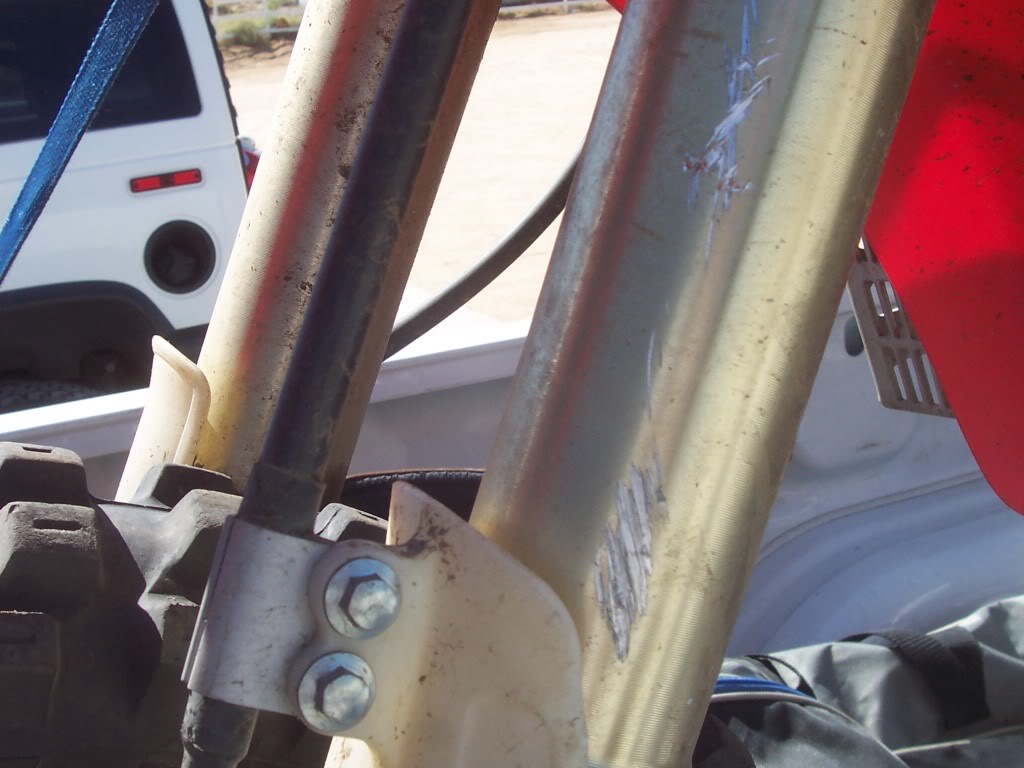 So, to lessen the blow, 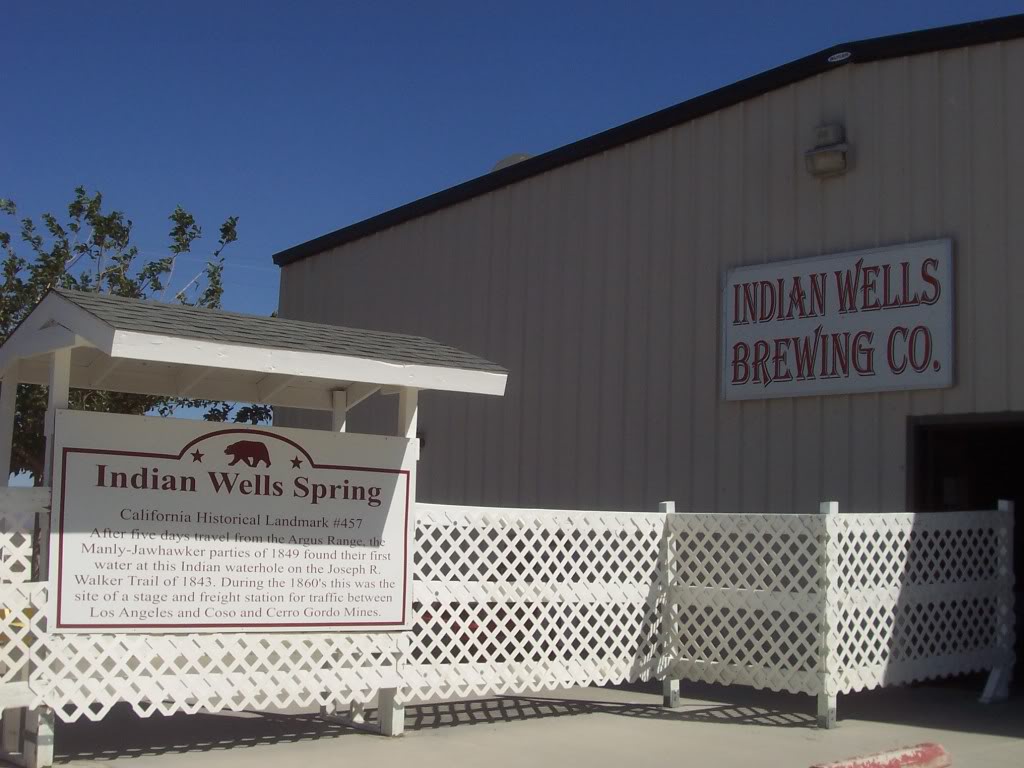 And got a case of these. 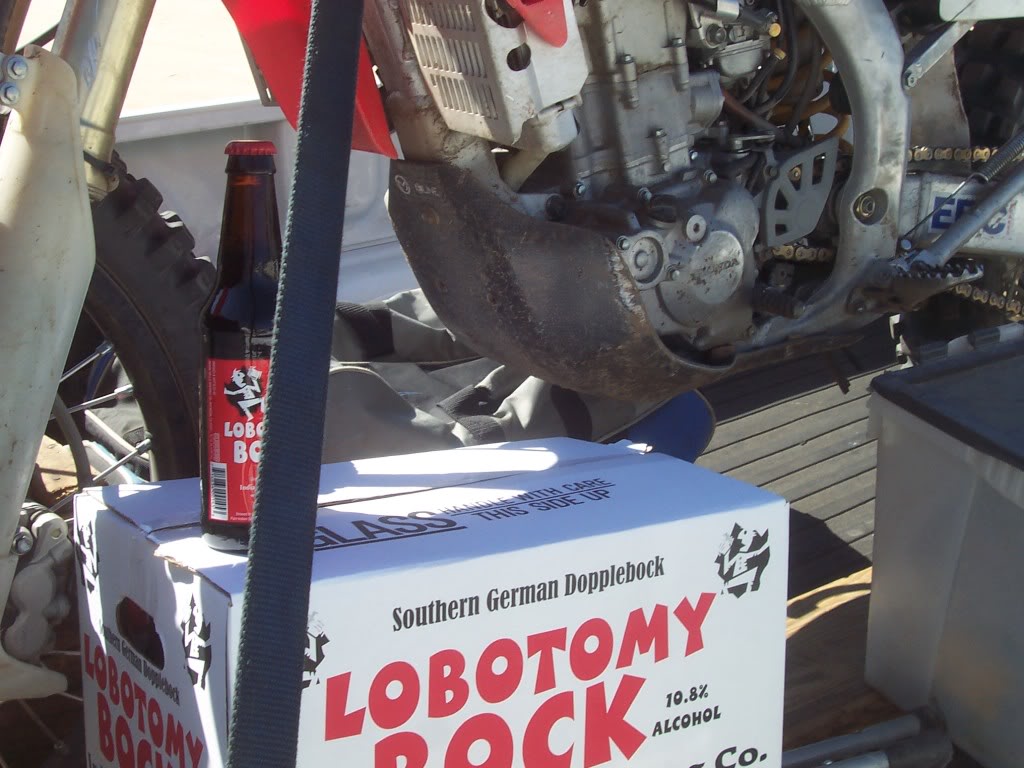 Back on the road home, I made it back to Bravo Burger for a Cali Pastrami. 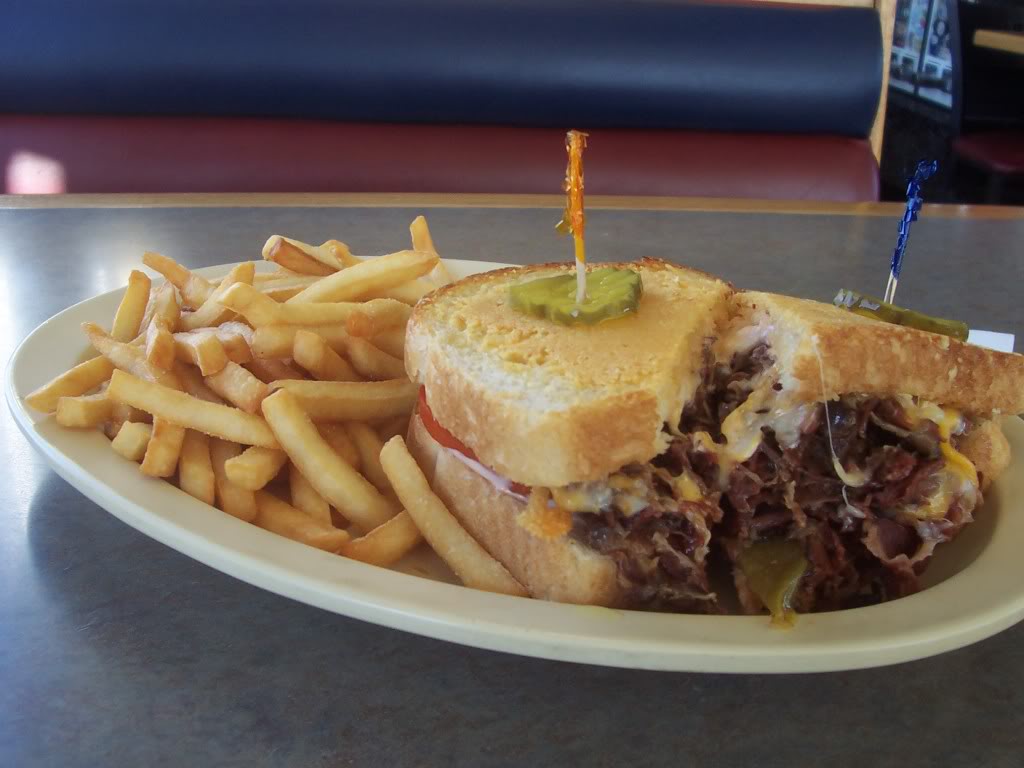 I thought that that was going to be the last shot, but once I got on the freeway, I just had to get a picture of this chick on a crotch rocket.
Something kind of hot about this. 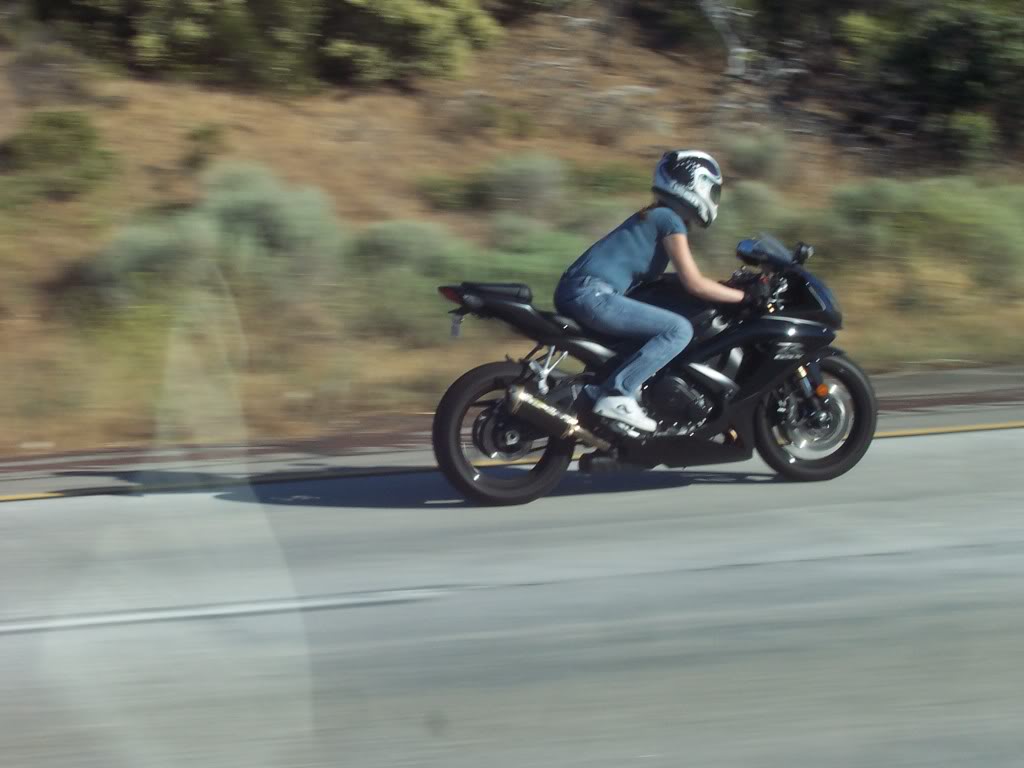 So to sum up my first volunteer weekend at KM, and only my second time there total, I had a great time. I look foward to next year, because Carl will now have to beat me off with a stick, to keep me from tagging along.
Share:
Reddit Pinterest Tumblr WhatsApp Email Share Link
Top