Decided to switch it up a bit and go ride somewhere else. One of our friends lives a few miles away, so we decided to go riding at his compound for the day. We rode there again, but this time the ride was a major part. It was awesome really, I finally got to do some technical trails. Half of the trails consisted of creek crossings on slippery wet rock shelves which were pretty hard and ATE my rear tire. Those intertwined with these steep rocky hill climbs and just some single track, all of which was pretty cool to ride since I usually don't have the opportunity to ride trails. Then we got to the track, which was a completely wide open track with no jumps but a good amount of whoops (first time riding whoops went pretty well, didn't pull a James) and gnarliness. Didn't get any pics there either because we were going too hardcore to stop for pics (lol) but then we got to this open area that was just like an mx playground. It was awesome. Just a bunch of random jumps and stuff scattered in an open field at your disposal, that you can hit in whatever order you want. Definitely going back there again 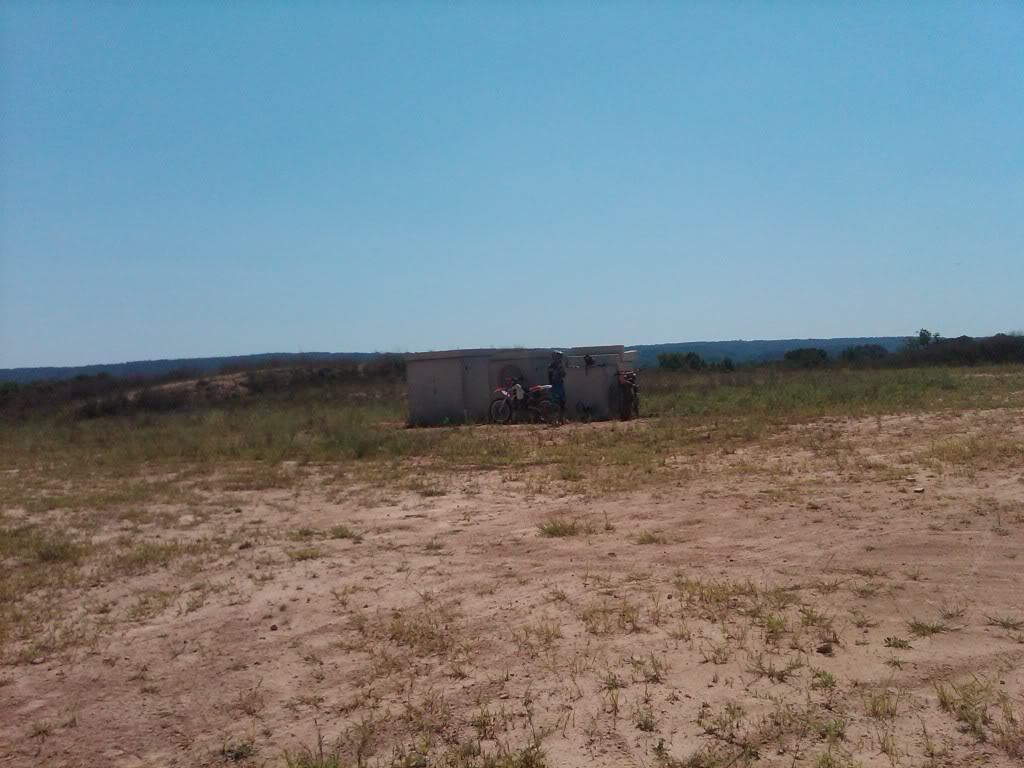 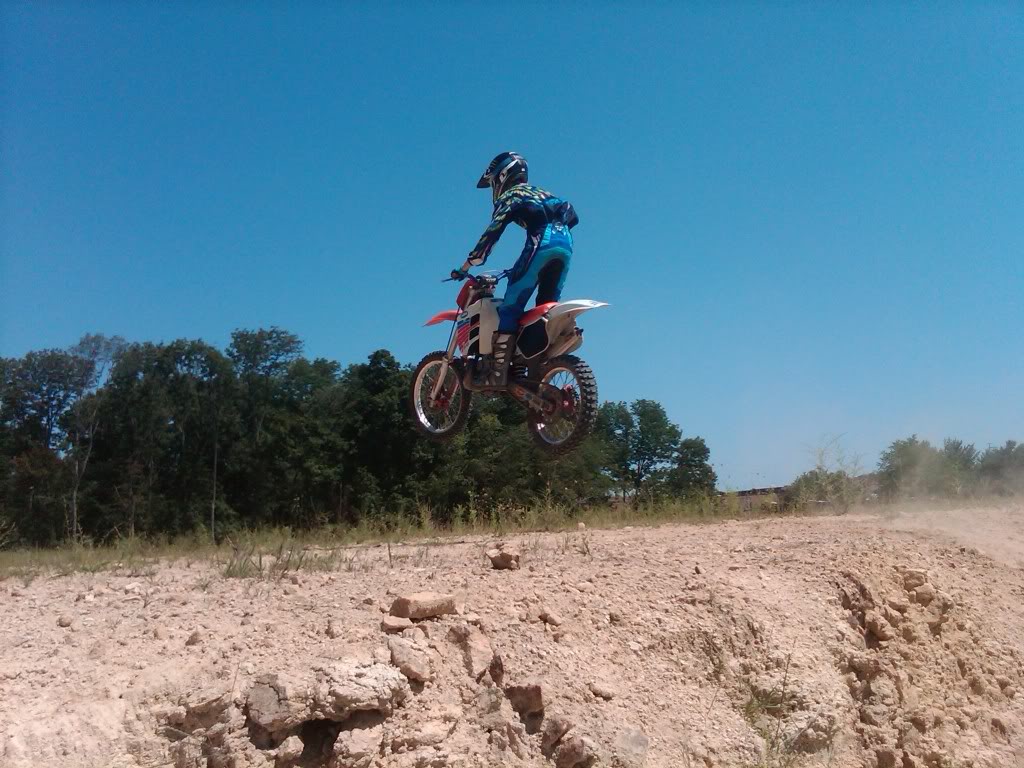 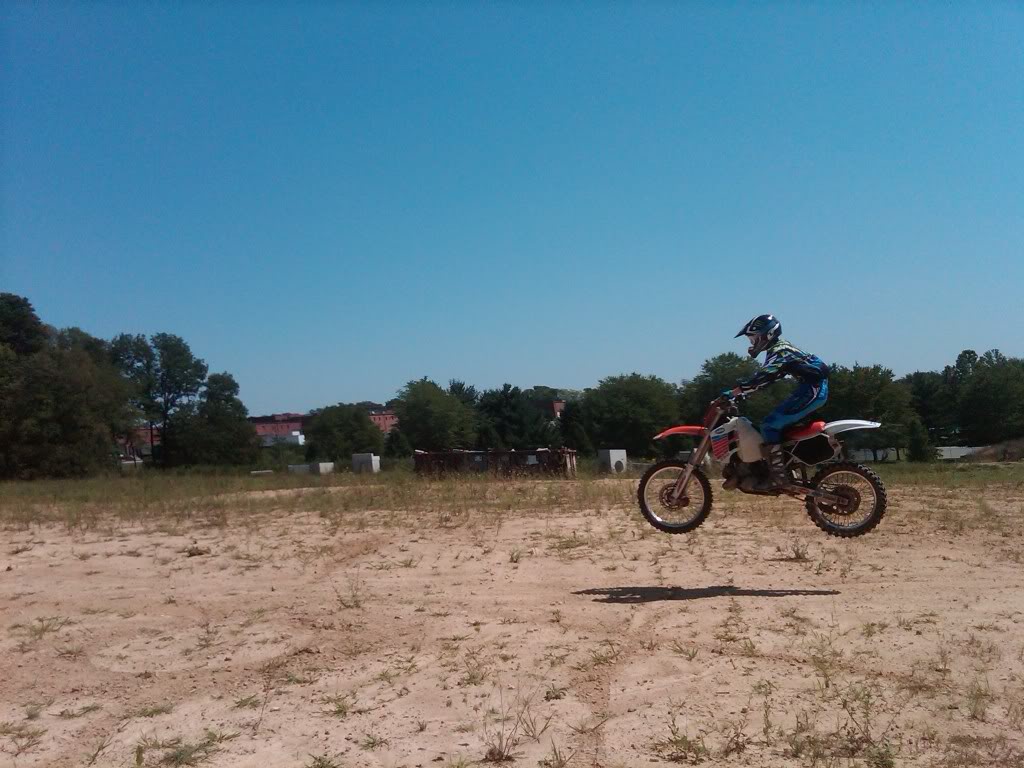 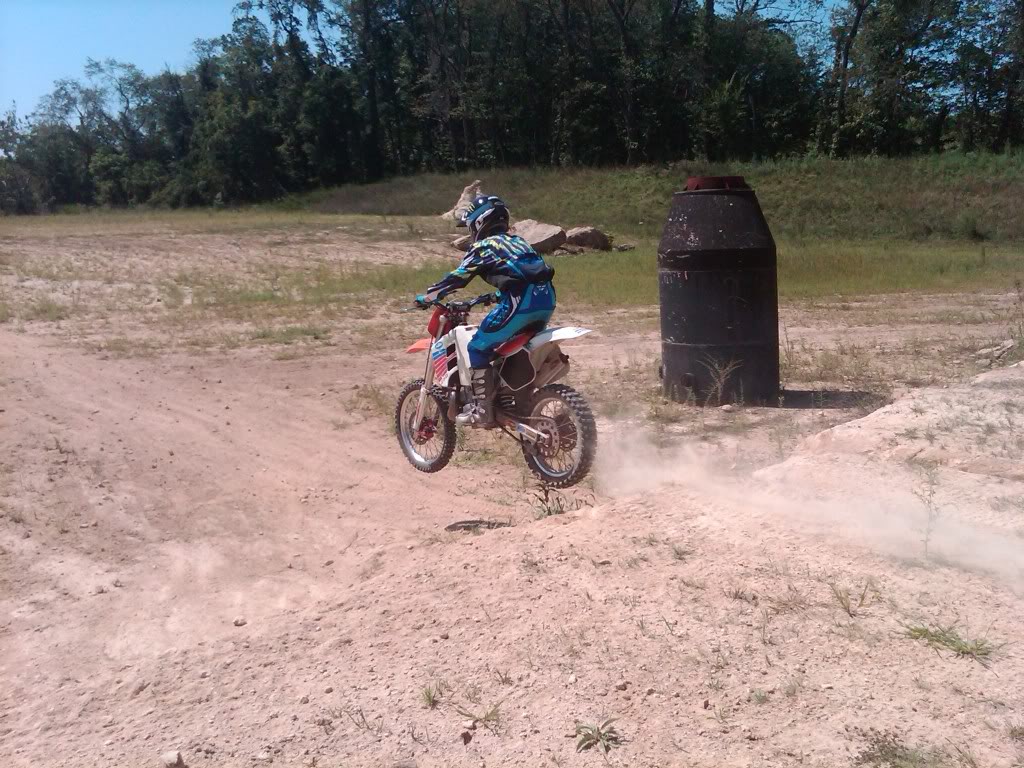 This is about a five foot drop off (up to my shoulder, I'm 5'10") of a plateau where there's a berm leading up to a jump, so you can just fly off the plateau and go right up to a table top. 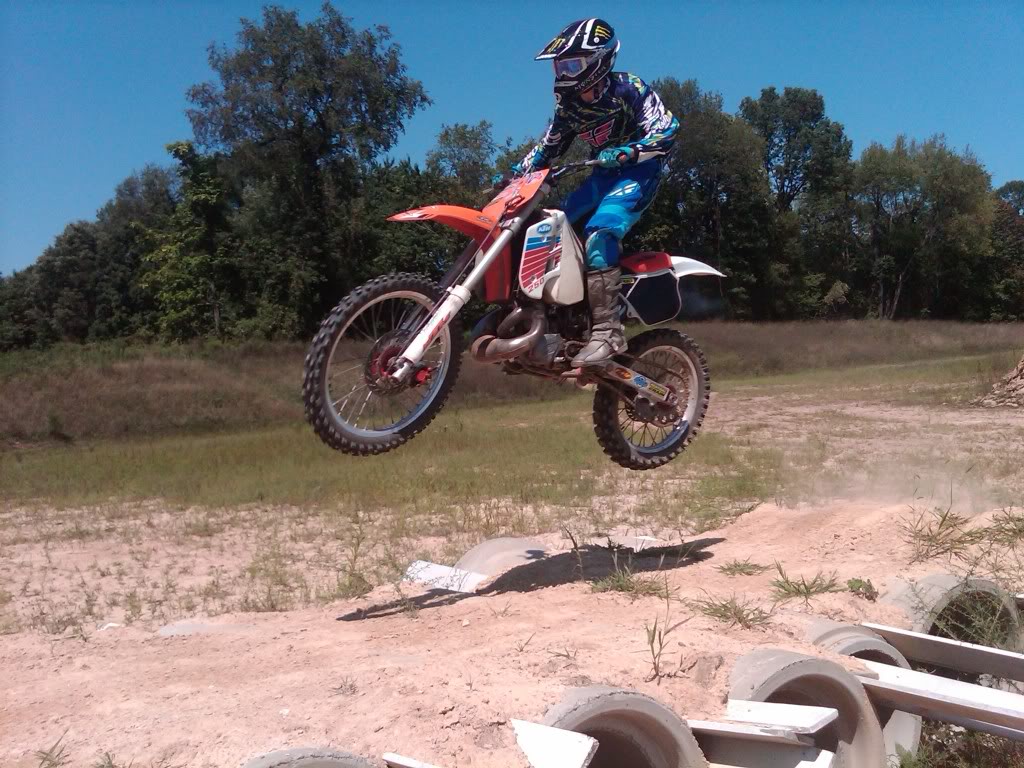 This is said jump. 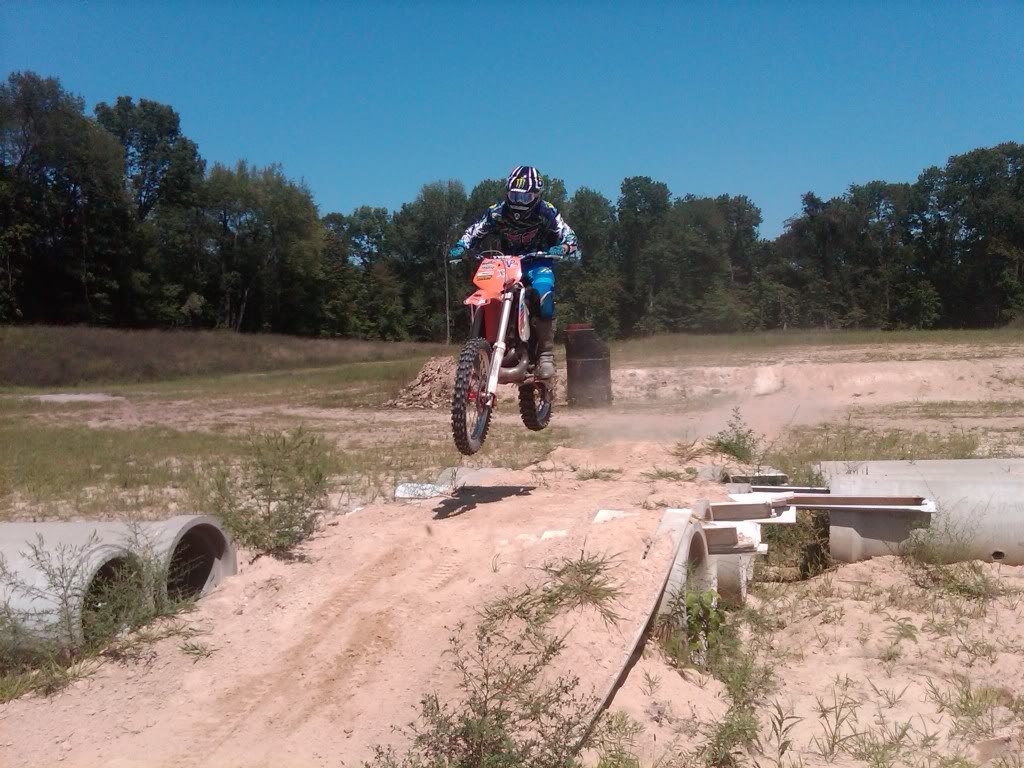 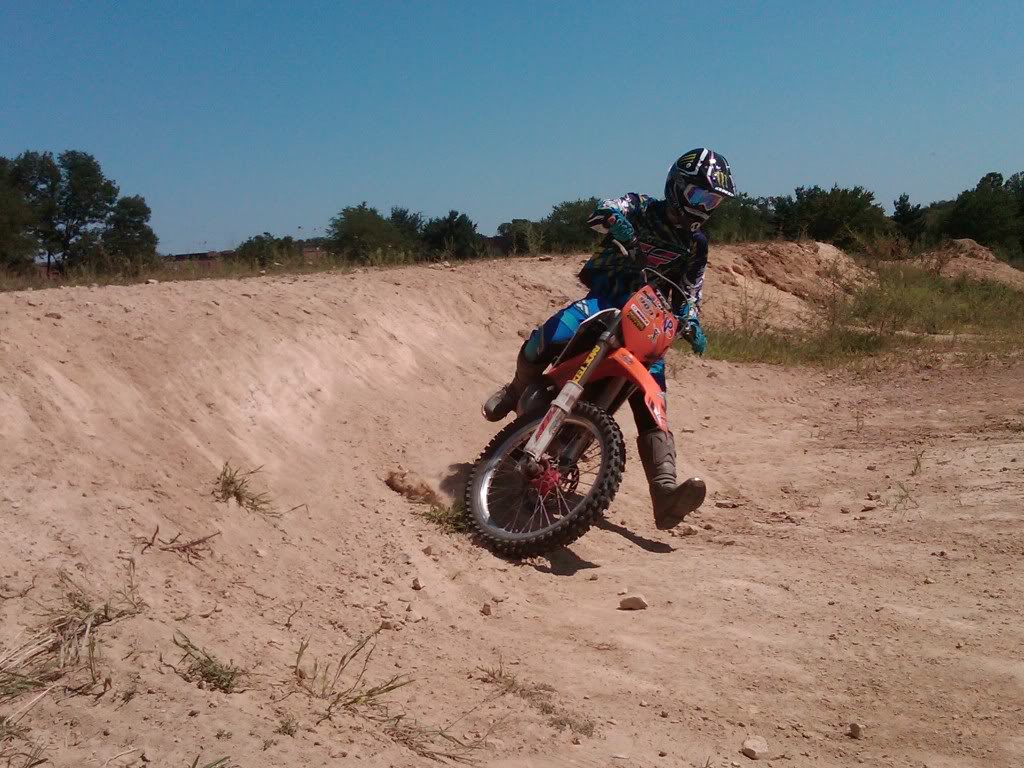 And this is the berm made out of the plateau lol 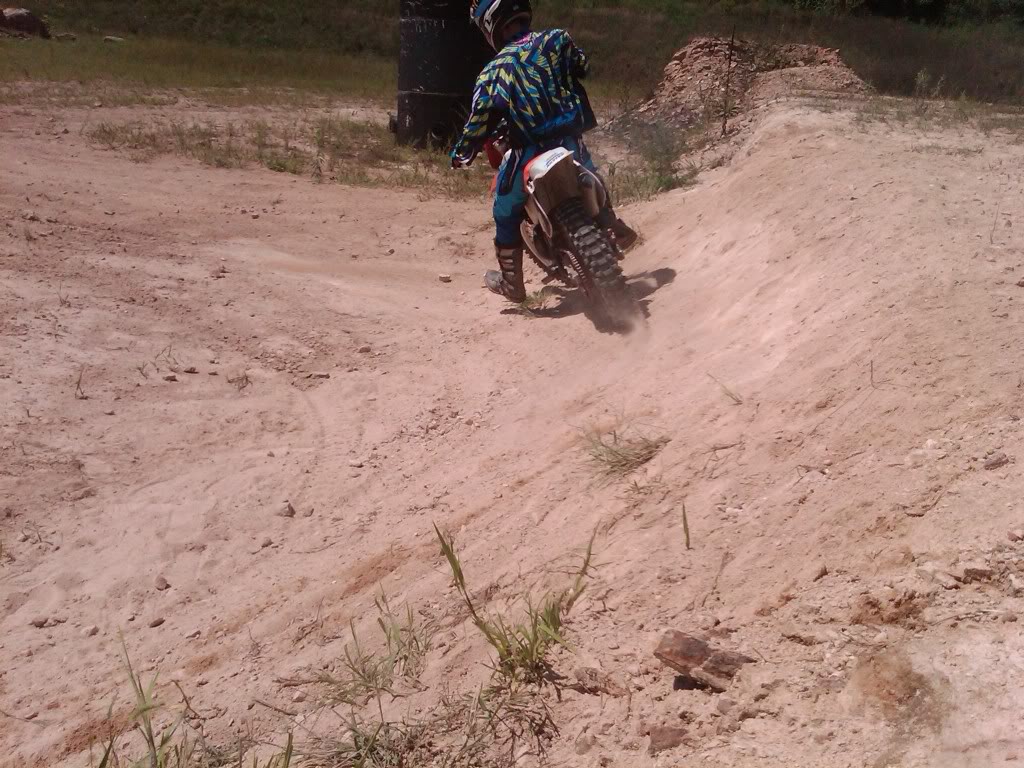 And my phone died before I could get a non-pathetic roost pic, but I promised Riley a roost pic so here it is. 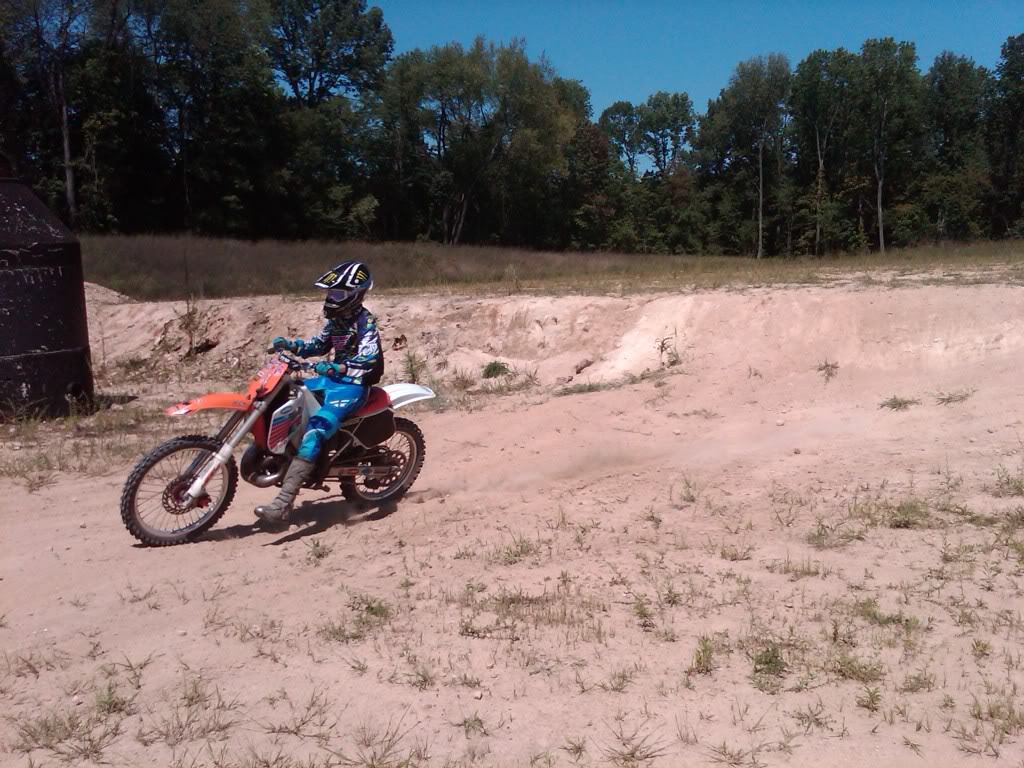 awesome. i bet you had fun. i know i would have. ill get ya some roost when i spread it around.

Very few places in So Cal where you getaway with riding in open fields anymore.