This weekend was one of the hardest race weekends I've ever had, not because of the race course, but because of a ton of other hurdles, some self caused, others not.
Thursday I woke up at the usual 5 a.m, went to work (got off at 10 pm) and left for nevada by 11 pm. The previous weekend I had discovered the oil filter cover on my bike had cracked for some reason I'm not sure of, I ordered parts, they showed up Thursday afternoon, I tossed them on the seat of the truck, went home (resuming at 10:30) Liz showed up, after a slight disagreement that we should get a little more sleep first before we hit the road, loaded everything up, and started driving, after 2 hours, I realized I had forgotten something, the box with my oil filter cover was still on the seat of my truck back in abq, it took me a while to be like so um, I forgot something, because I already knew what was going to happen, this turned into a great big deal about you should listen to lizzie, bet next time you'll listen to lizzie, that I had to listen to for the rest of the trip, I have a horrible time sleeping in a moving vehicle, and got very little, I took the wheel at 2 a.m near kingman arizona and drove it on into las vegas where we would try, but fail to locate a cover, I bought some quick steel and attempt to seal it up as a temporary fix but no luck, I went around the pits looking and the guys at the purvines racing pits robbed me one off of axel pearsons practice bike, so with the bike fixed I did a bit of riding around with liz and one of her friends, nothing too big, but she was apparently trying to take pictures and was motioning me to hit some small jump she had, I didn't get the message, this turned into something along the lines of but you never listen but I'm not entirely sure what she said

had one more thing to do, liz's rear wheel bearings were starting to go, I said fuck it run it, she found someone with a spare wheel, put that on (with some help) and by this point I'd been up for like 36 hours with an hour of sleep, I was done, I was over it, I had zero issues sleeping. Race day came, and the start (traditional bomb run) was super sketchy, and I remember sitting on the start line and just having the horrible feeling that today, something was going to go horribly wrong injury wise, and it stuck with me, and I rode like a total bitch the entire race, the course itself was great fun, a lot faster and none of the super gnarly technical stuff that they usually throw into these events, I finished loop 1 and had already drank all 3 liters of my gatorade in the hydration pack, and took off for loop 2, and about half way through, the effects of dehydration started to kick in, horribly so, my fingers started cramping to the point where they were basically locked to the bars and refused to move when I needed to work the clutch or the front brake, but I kept on keeping on, knowing that if I stopped I'd be making no progress towards getting more water and being able to call it a day, deep silt sections weren't helping either, I did finally finish, feeling like absolute dog shit, having spent about 5 hours on the bike in the brutal 90* summer nevada heat, 2.5 without anything to drink, the main thing was though, I wanted to go out and ride good and put myself in a good position, and I didn't, I finished 8/10 which I do this for fun, but to me part of the fun is being good and feeling like I'm competitive, and today I just wasn't, I just wasn't at the previous 2 rounds either, and it bugs me, I want to be better, be faster, just having a bit of a hard time being able to balance all the crazy stuff out and being able to actually moto and practice like I should, but yet, I still got home at like 8 a.m this morning and called my boss and told him that I was back in the city and if he needed me today I'd work, and I did, from 10-6.

Despite the struggle being very real for me this weekend, It was still good to get away from the general life situation and be out on the bike, and I wouldn't have it any other way.

P.S I asked if I was ever going to hear the end of my oil filter cover fuck up, she said no. My advice:Listen to lizzie.
Last edited: Aug 26, 2018

in previous race reports from this year I have made mention of Kendall Norman, a man some of you know was active a few years back and won basically everything in western off road racing for JCR before he disappeared, last racing the baja 1000 with KTM the year that KC66 died. This year he is racing the national hare and hound series as a privateer, and has qualified to represent the US in the isde, he took 2nd in nevada, with taylor robert being out, he basically has this wrapped up if he can keep it on two wheels for one more race, over the likes of rockstar husky, purvines/yamaha, all on a crf450x (the kind with a carb!) that was built with stuff you and I can buy, i mean, the thing still has the stock wheels and graphics.impressive, to say the very least 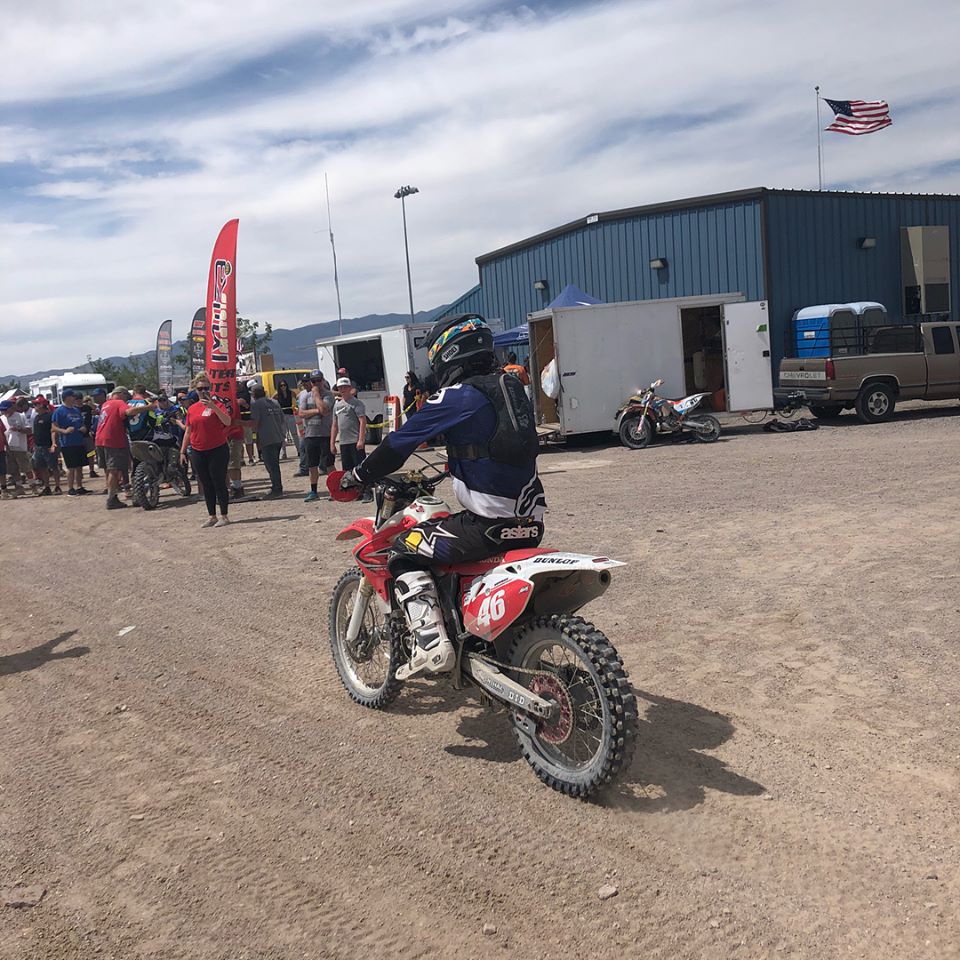 Eight out of 10 is better than a DNF, with an injury that you thought you were going to have. Next time get some sleep, and I’m sure everything will fall in place much better. 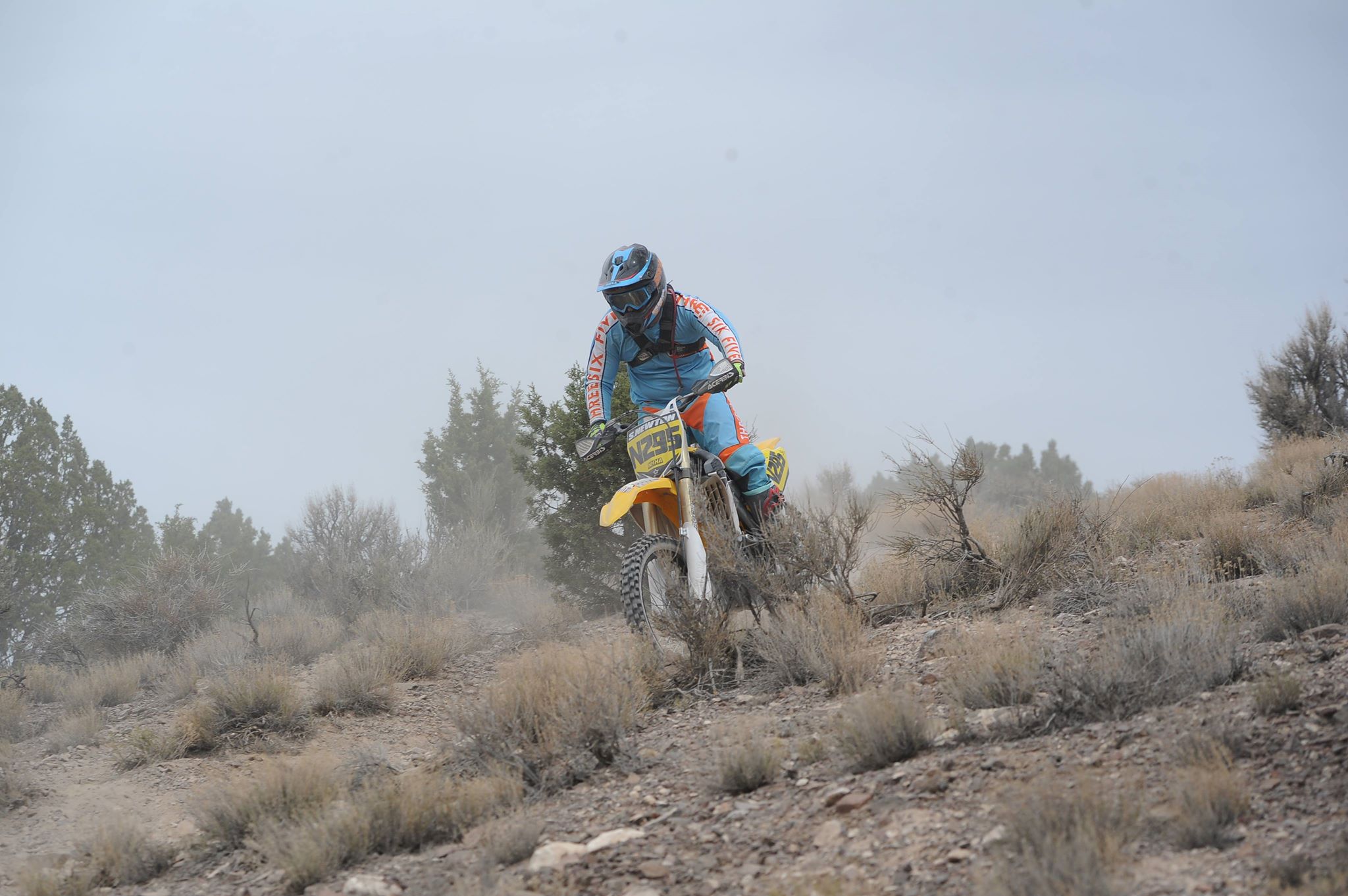 Nice write-up. I thought of you as I drove through Gallop Sunday morning. Looks like a cool place to ride.

Trfsrfr:
Nice write-up. I thought of you as I drove through Gallop Sunday morning. Looks like a cool place to ride.
Click to expand...

Don't live there anymore tho, they will have a race there end of September if you're interested

Seems like ive been missing alot round these parts. Nice writeup