So since its a lot more fun than the final paper I need to finish up. The race I would have never made had it not been for having the right people in my corner.
As has widely been published, my 17 yz got stolen at Farmington's webe race, my dad stepped in and bought a 16 yz450f last weekend so that I could continue with this whole NHHA ordeal and remain in the saddle. Prior to race day I rode it maybe 30 minutes the day before (friday) and hadn't ridden a bike period since the Texas race in March. Arriving Friday morning we were greeted with, snow, of all things. Which looked fantastic on the already breathtaking Utah scenery. The race format was different from all the other NHHA, the C riders would start on their loop (typically our loop 1, which is typically a faster less technical bit of terrain) an hour before we started what would usually be loop 2 (usually a form of technical riding hell) The snow had melted and the temps were perfect, perfect soil was the name of the game, as to be expected, I got a crappy start and did my best to focus on passing slower traffic as best efficiently as I could, felt like I was doing a good job, and then came the first water crossing, the way the course was supposed to go had a bottleneck, more than likely because someone swamped their bike, a quick detour was made further up stream by a pack of wild desert racers, where another bottle neck occurred as riders struggled to make their way through some fairly deep water and slippery mud, eventually someone said forget this and just sent it off to the side (possibly risking deeper than manageable water) upon seeing him make it, I took the same line and continued on with my race, from here on out, it was a matter of really steep climbs, that due to arm pump I had a hard time with, like I would do my best to throttle up and then I'd be in a position where closing the throttle was a bit more difficult than I would have liked, steep climbs, breathtaking mountain scenery, some rocky downhills, some getting lost, some more mountains, some more getting lost, until we came up on a marsh that they wanted us to ride through, as I approached, someone was driving a log straight up and down and warned me not to go too far left, I heeded his warning, made that corner, passed a quickly sinking honda that all I could see was the front fender and bars, and with the defined race line being a tad open to representation, I dropped right off an embankment and sunk the bike up to the shrouds, as I attempted to free the bike, my goofy self decided it was time to start singing Yellow Submarine, I finally got it out after having to pick up one end at a time, stick my arm down in the water to feel around for the shifter and put it in neutral, and I continued with my raced, at the end of loop 1, I got passed by someone, and as I attempted to catch him back, we were following ribbon and all of a sudden found ourselves among a couple trucks just camping out, unable to find the course, we rode into the pits, were flagged down by some race officials who told us that had been happening a lot and instructed us over to the other side of pit row where the scoring trailer was parked, I did as such, and was beginning to think they're going to dq me for my unintentional scenic detour, but I started on loop 2 anyway. For the first 20 miles, it was extremely lonely, nothing else in sight, eventually another bike rolled up on me, and I assumed he was in my class since i had seen the bike in the pits prior to the race, I didn't know he had switched to the team race and I was dealing with a rider who was a lot fresher than someone who had already been on the bike for 60+ miles, I dug deep and did my best to extend back out on him, which I eventually did, I did catch about 6 more bikes (class unknown) and eventually did work my way to the finish, by the end of it I was so tired I was just rolling the final few whoops, I crossed the line unofficially 7/19, after what I'm assuming is penalties for the whole getting lost thing, I was 10/19, but after everything it sure felt like a win, the yellow submarine did as good as you can hope for a bike that was sitting on a used lot a week prior to race day and had no changes made to the suspension settings. No sooner than she crossed the finish line, liz, despite being exhausted lit up and looked up at me with soooo moab? Which we did, we recovered from 5+ hours of racing by riding dirt bikes in moab, we only did hells revenge before heading home, but had a great time regardless, she did everything on hells revenge outside of the escalator, its a trip watching her ride at times, she'll just go full send and as things start to come apart (bike starts to loop out) she'll just keep going 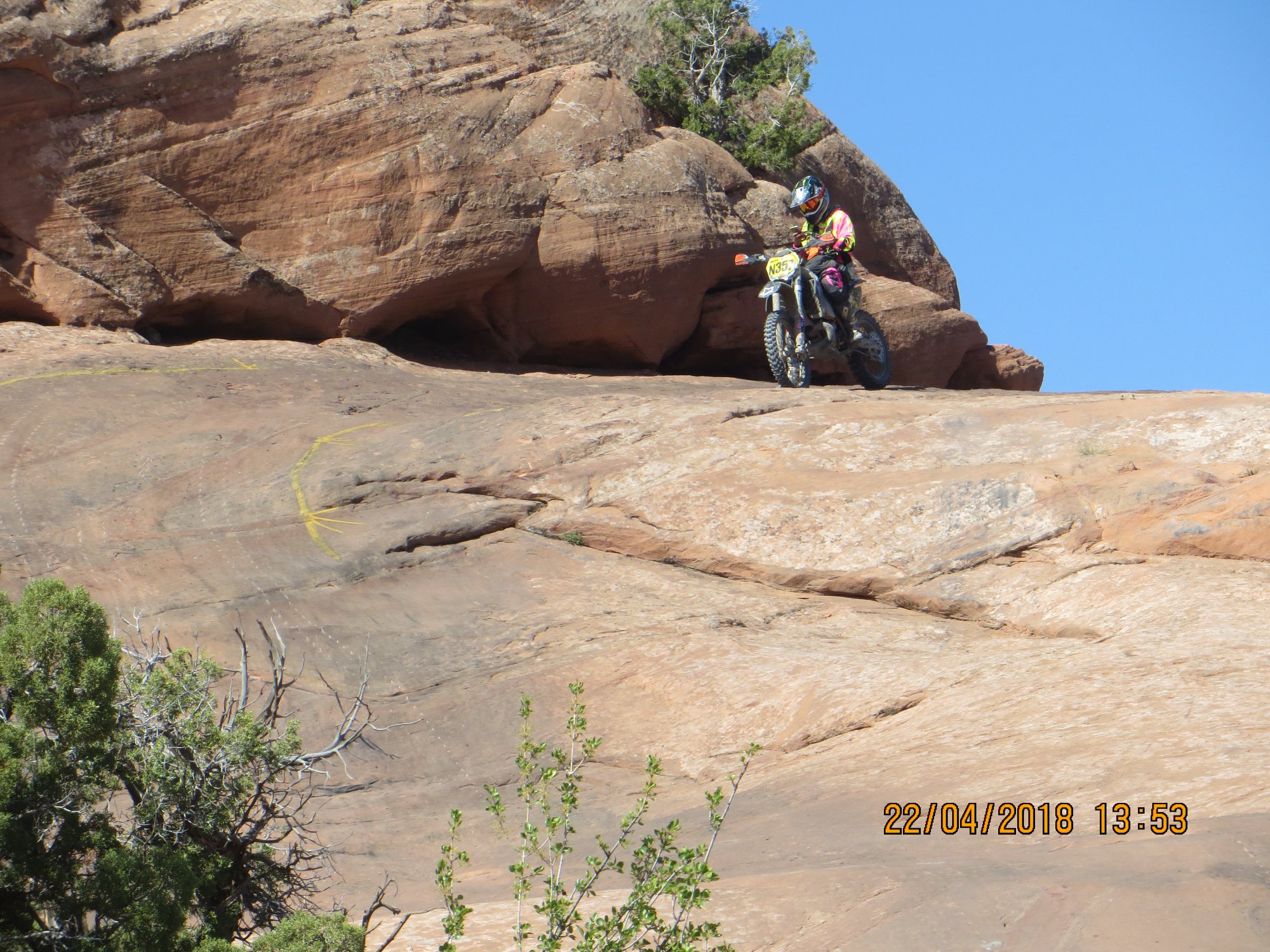 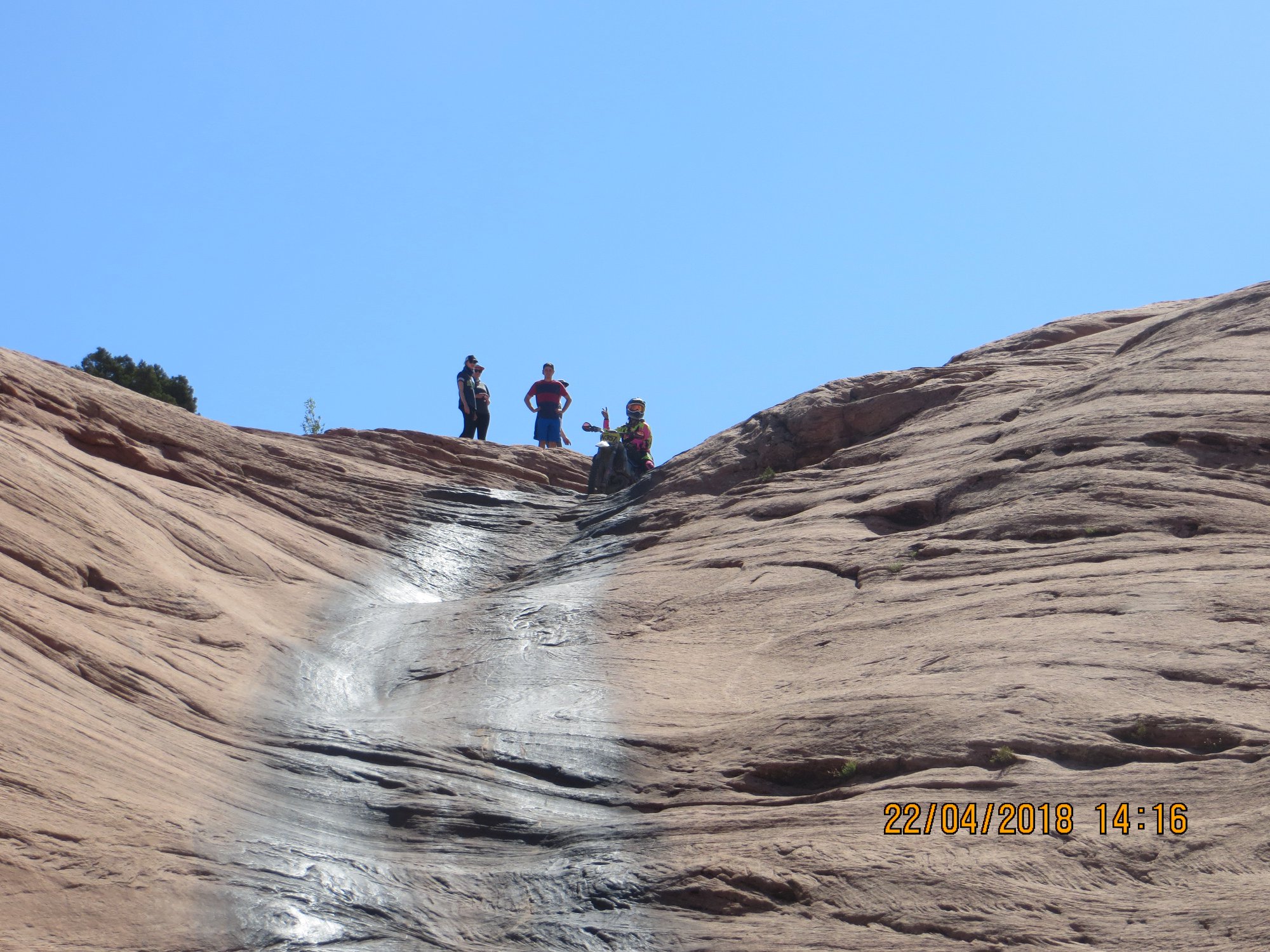 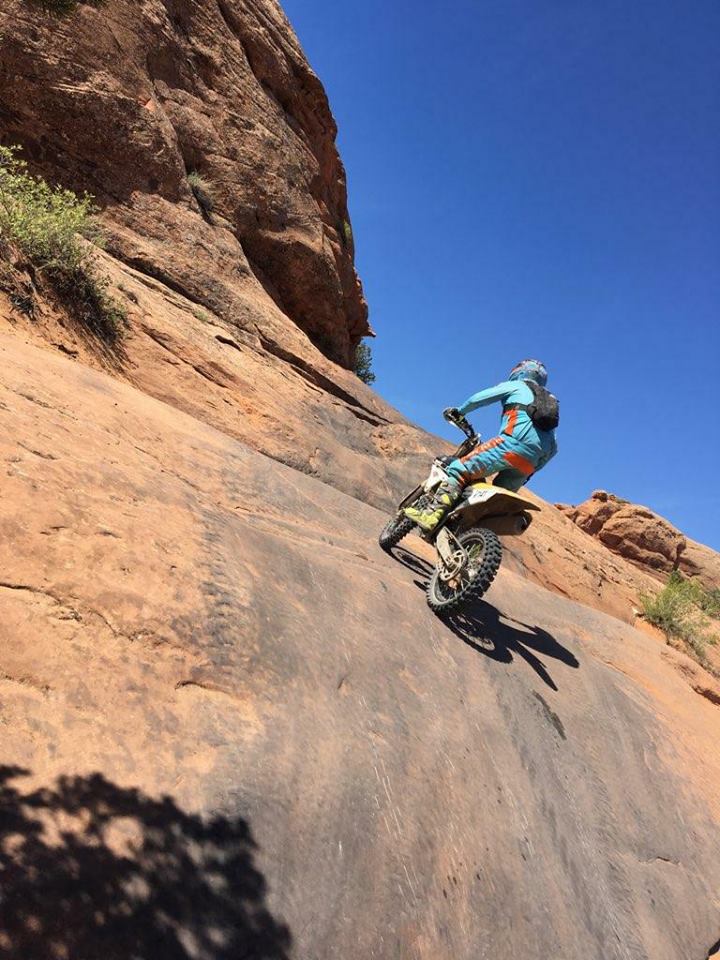 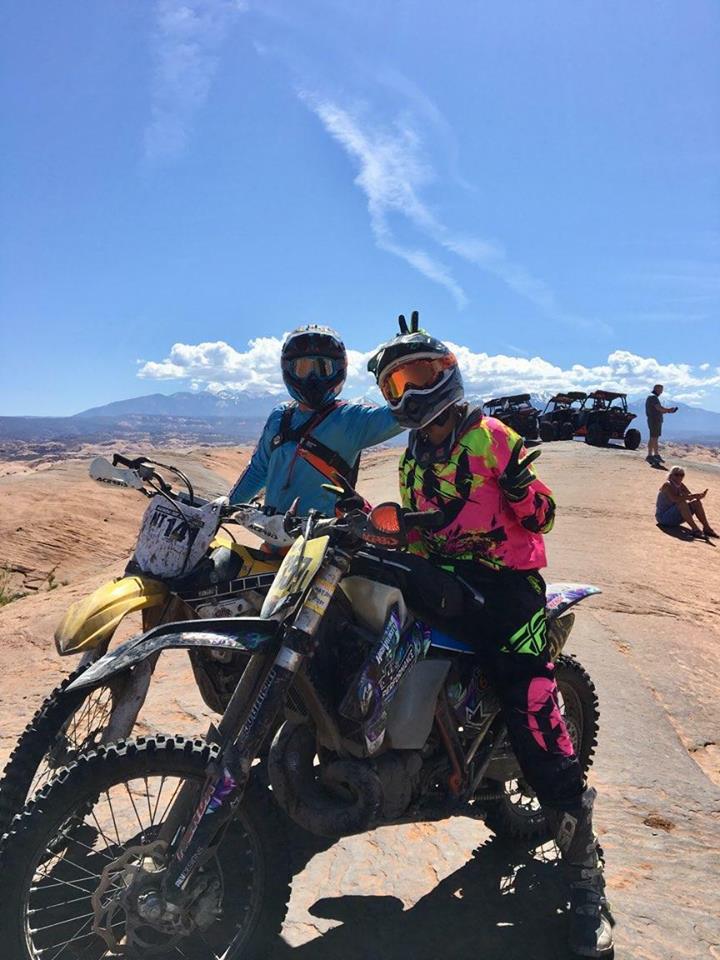 A huge thank you to everyone, especially the Ballows who allowed us to stay in their camper and provided both food and pit stop services, and to Jeremey for letting us stay at his rent-a-cabin in Moab. Sorry for another extremely long post

Great post Sean and great ridie too.... keep up the good work

Taylor Robert won the pro, privateer Kendall Norman took 2nd, but with lap times only a few tenths of a second slower than Robert. 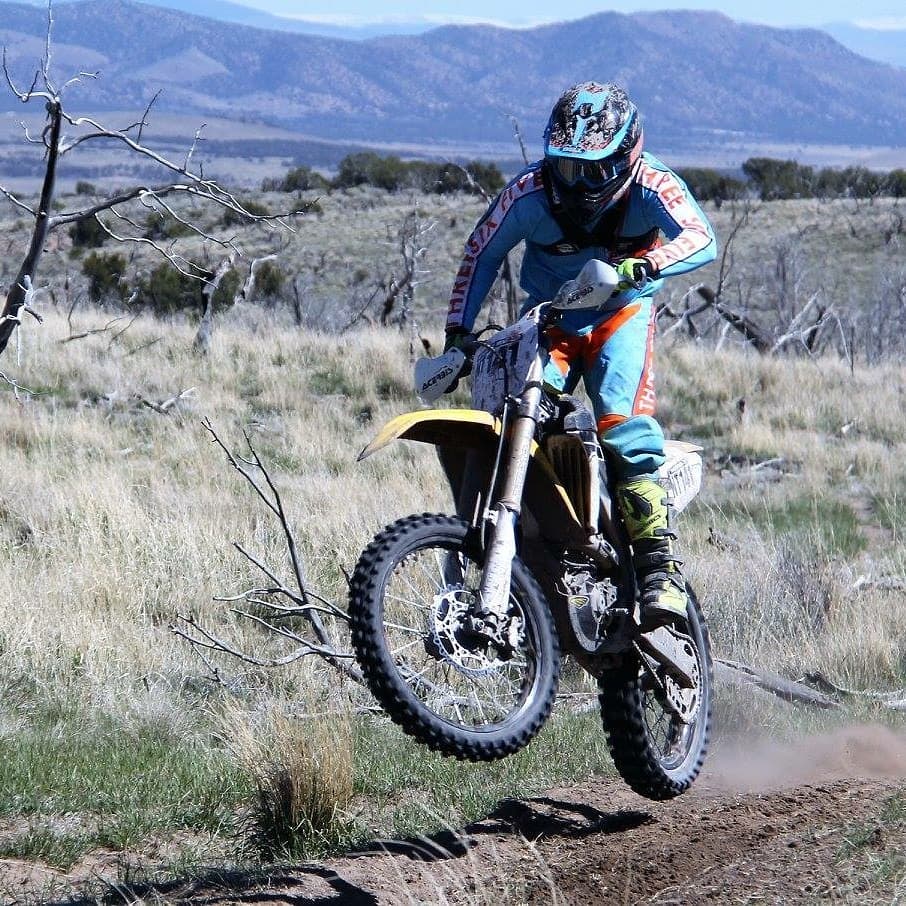