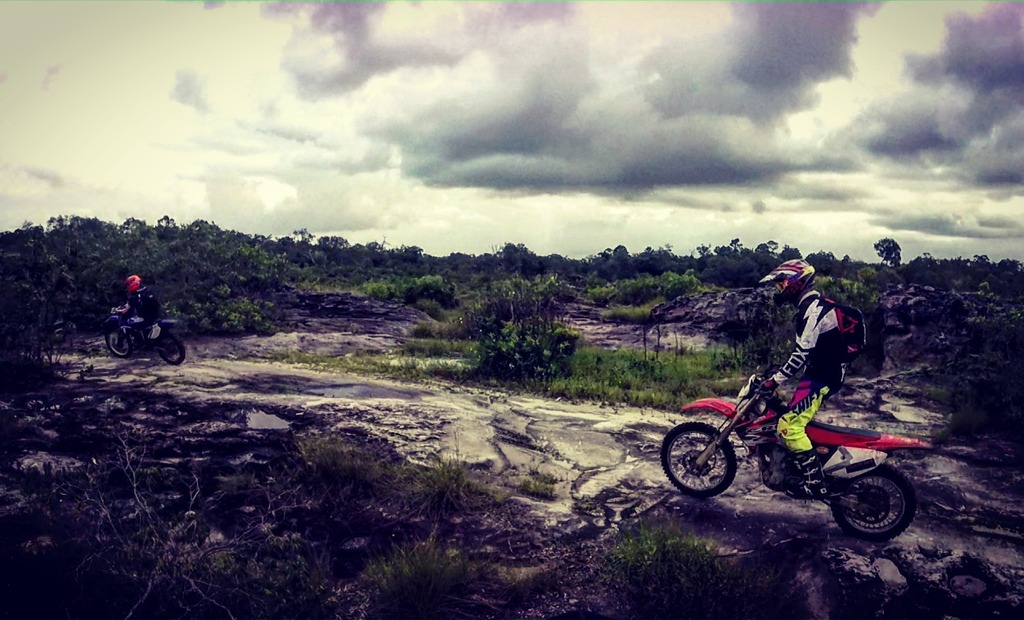 I first visited Anlong Veng in June 2000. The final Khmer Rouge stronghold until 1998 before the government regained control, it was still a very tense atmosphere and in certain places I wouldn’t say I felt particularly welcome. A couple of friends and I had driven up with Veasna, a Khmer friend who used to fight for the Cambodian Government forces, and was now a policeman. We ended up getting there fairly late as back then there wasn’t really what you could call a road, and as it was the wet season, it involved snaking in and out of the jungle to get around the worst bits. As we rolled into the sleepy little town we were met with burnt out tanks which had been abandoned by the Khmer Rouge forces as they were forced back towards the Thai border. We stayed with one of Veasna’s friends who had fought for the Khmer Rouge, and they told me tales that evening over the campfire of how they used to shoot at each other, aiming to miss. They both survived to tell the tale. As I rocked myself to sleep that night under the home of an ex-Khmer Rouge cadre, it was hard not to let one’s mind wander; needless to say I also woke to tell the tale. 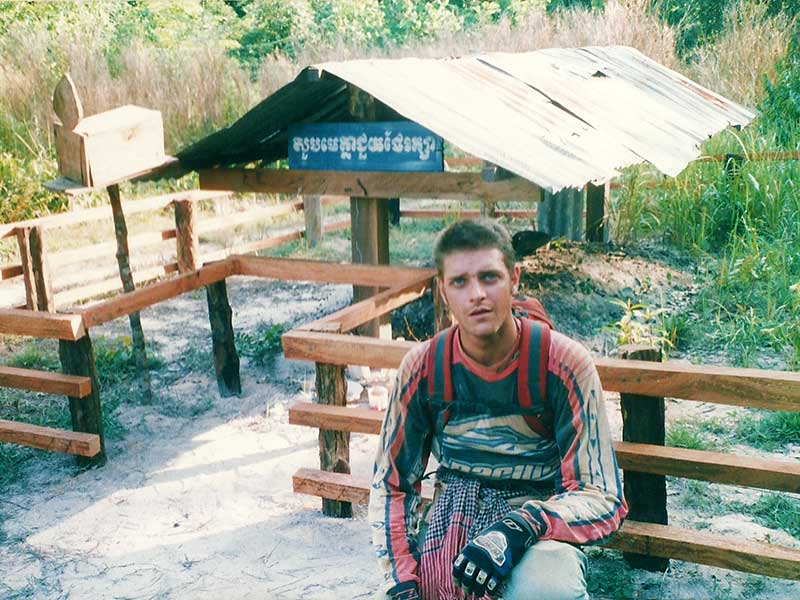 The next morning we headed up the mountain, part of the Dangrek mountain range which forms the border with Thailand, to check out Pol Pot’s grave and house. The road/trail up the initial part of the mountain was nonexistent; the result of constant shelling. We had a good bit of hard enduro riding to get over enormous boulders and ruts. Another tank was about half way up the mountain, which appeared to be their final stand before they retreated across the Thai border. Once on the Plateau, We reached the site of Pol Pot’s grave, which was nothing more than a makeshift structure of corrugated iron sheets that made a roof over where he was believed to have been cremated. We then made our way through the jungle to Pol Pot’s house, which was about 12km from the grave site. There was still a strong military presence here being so close to the border, and even Veasna was a policeman, we were promptly told that we should leave. 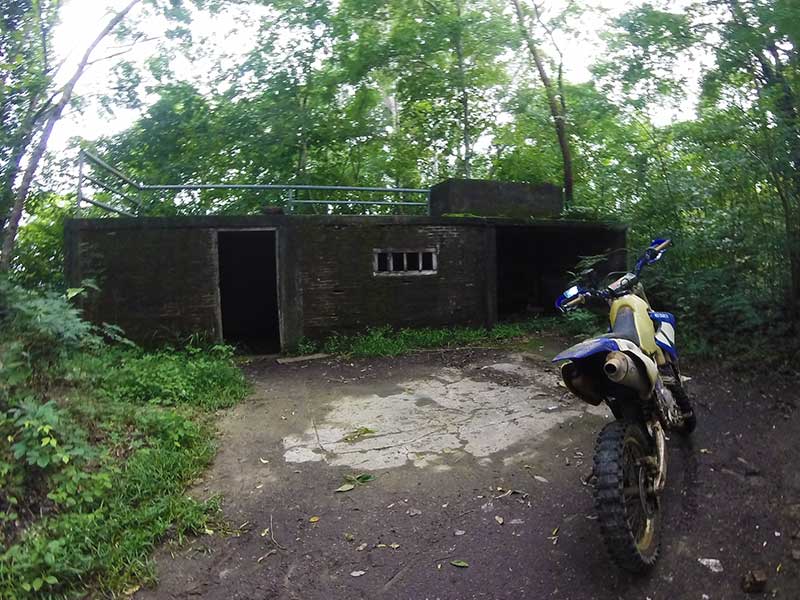 Now 16 years later the town has developed a fair bit. Now there are probably around 17 sites you can visit, which include Ta Mok’s House & stupa, The Petrified Forest; caused by a small dam constructed under orders of Ta Mok. [when it was built they never cleared all the trees from the area to be flooded and now the dead trees remain standing, creating a very unique and creepy landscape]. Son Sen’s house, [Son Sen was responsible for defence and internal security, and of course Pol Pot’s grave and house and where his trial took place, not to mention numerous munitions sites. It’s all a little surreal. 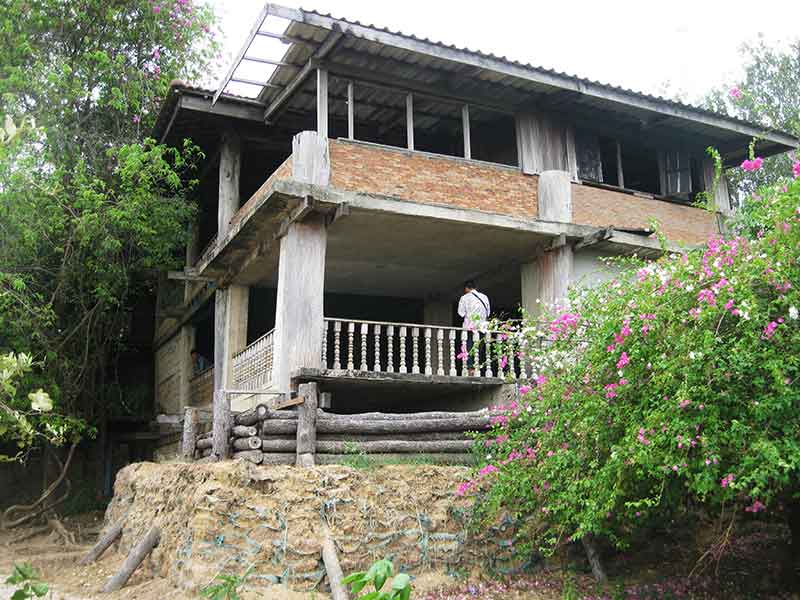 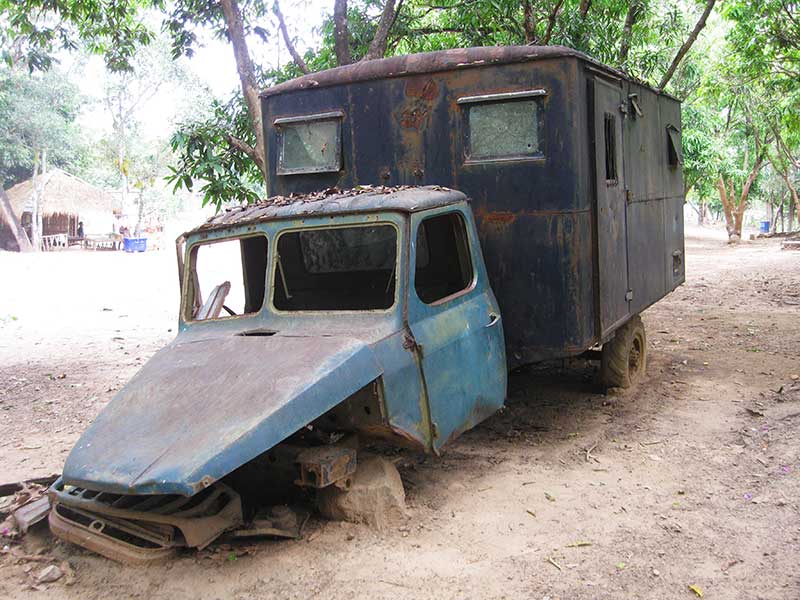 Now for a bit of history: Ta Mok, known as the ‘Butcher of the North’, or 'Brother Number Five', was the regional commander of Anlong Veng where he had held power since the regime was overthrown in 1979. Around 3,000 to 5,000 KR forces remained loyal to Pol Pot, controlled by Ta Mok in Anlong Veng. The Khmer Rouge was largely dissolved by the mid-1990s [only strongholds in Pailin & Anlong Veng remained] and in 1997 Ta Mok ended up seizing control of one faction following a split in the party, naming himself supreme commander. Fighting had broken out after Pol Pot slaughtered Son Sen and his family on the 9 June, after which he was placed under house arrest. In April 1998, government forces drove Ta Mok back into the forest taking Pol Pot with him. On 15 April 1998, Pol Pot died in custody, some say of natural causes, but no one knows the exact cause of his death. He was later cremated on the site you can see today. Ta Mok surrendered on the 8th December and was detained until his death in 2006. If you ask any of the locals of Anlong Veng, they couldn’t say a bad thing about the man. Apparently he was a kind man who built schools and handed out rice... well that's the propaganda machine for you, they obviously hadn’t been on the receiving end of the many massacres and purges he orchestrated. By 1999 the Khmer Rouge surrendered completely, and in 2014, two Khmer Rouge leaders, Nuon Chea [Brother No.2] and Khieu Samphan [Brother No.4], were jailed by a UN-backed court for life, which found them guilty of crimes against humanity and responsible for the deaths of up to 2 million Cambodians nearly a quarter of the country's then population, during the "Killing Fields" era between 1975-1979. 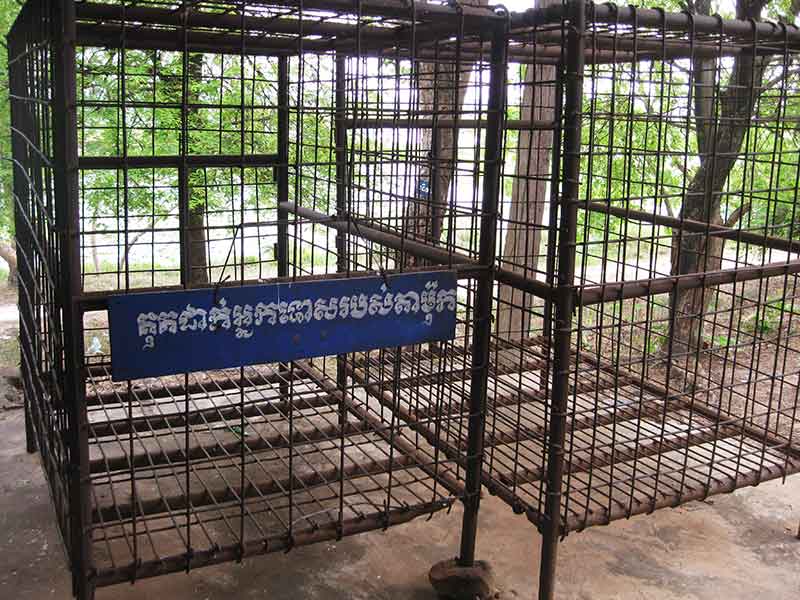 We visited Anlong Veng a few weeks back with my mate David from Singapore, who can't stay away with this being his third visit this year, this time with youngest daughter Maddie. We arrived in Anlong Veng around lunchtime, after a day of riding around Kulen Mountain. We checked out the Petrified Forest, which had a lot of water this time of year and was a raging torrent. We then visited Ta Mok’s house which commands great views of the surrounding countryside. There are still remnants of the propaganda machine, including an old radio truck among other things. Before heading up the mountain we checked out Ta Mok's grave where a very smart stupa had been built. As I said previously, people in this province still seem to hold him in some regard. 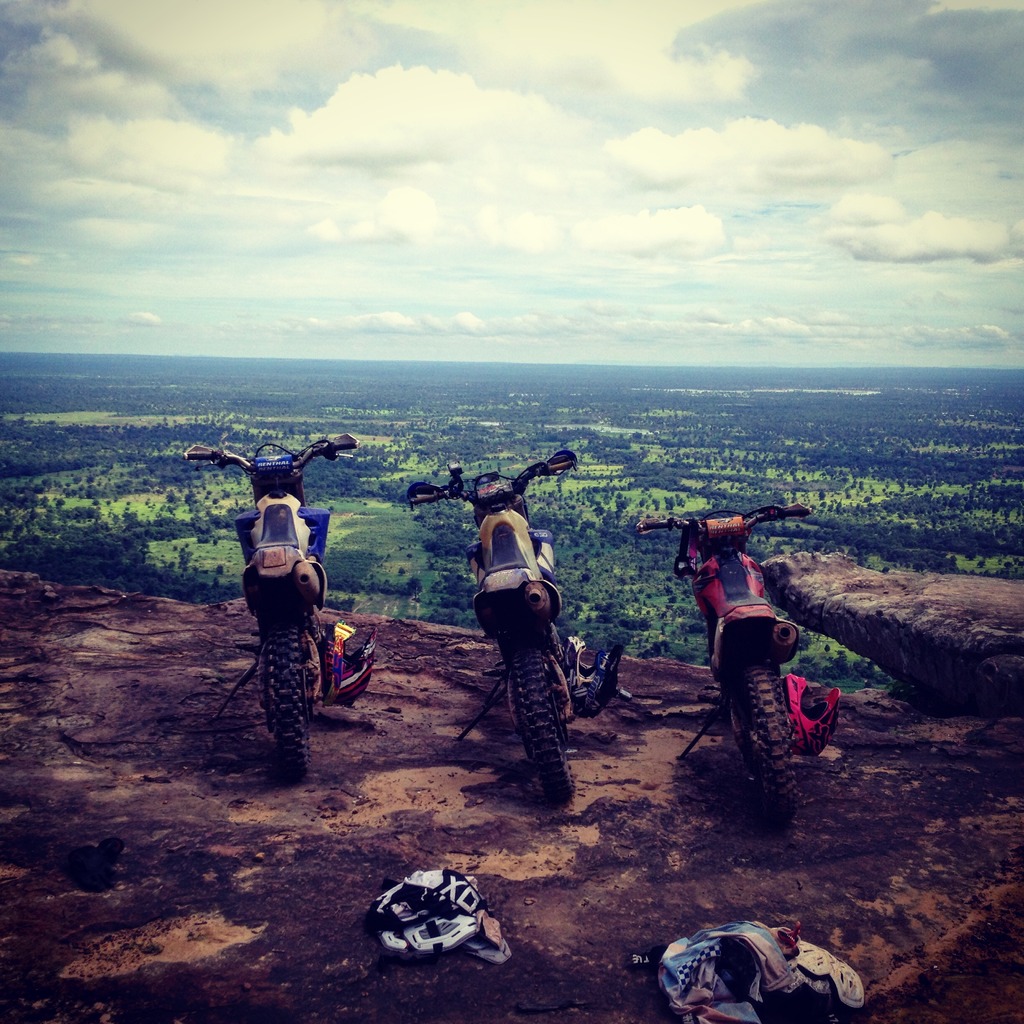 We then headed up the mountain, now with a brand new road taking you to the hilltop casino on the border. After visiting Pol Pot’s grave we headed off on a dirt road which led us onto a variety of single track, and rutted hills and descents. The trail out to Pol Pot’s house is a thrilling ride, and cuts through the forest and across streams. Once at Pol Pot’s house there isn’t much to see as it has been left to the forces of nature and time and is but a shell of a building, but the ride out there is worth it. 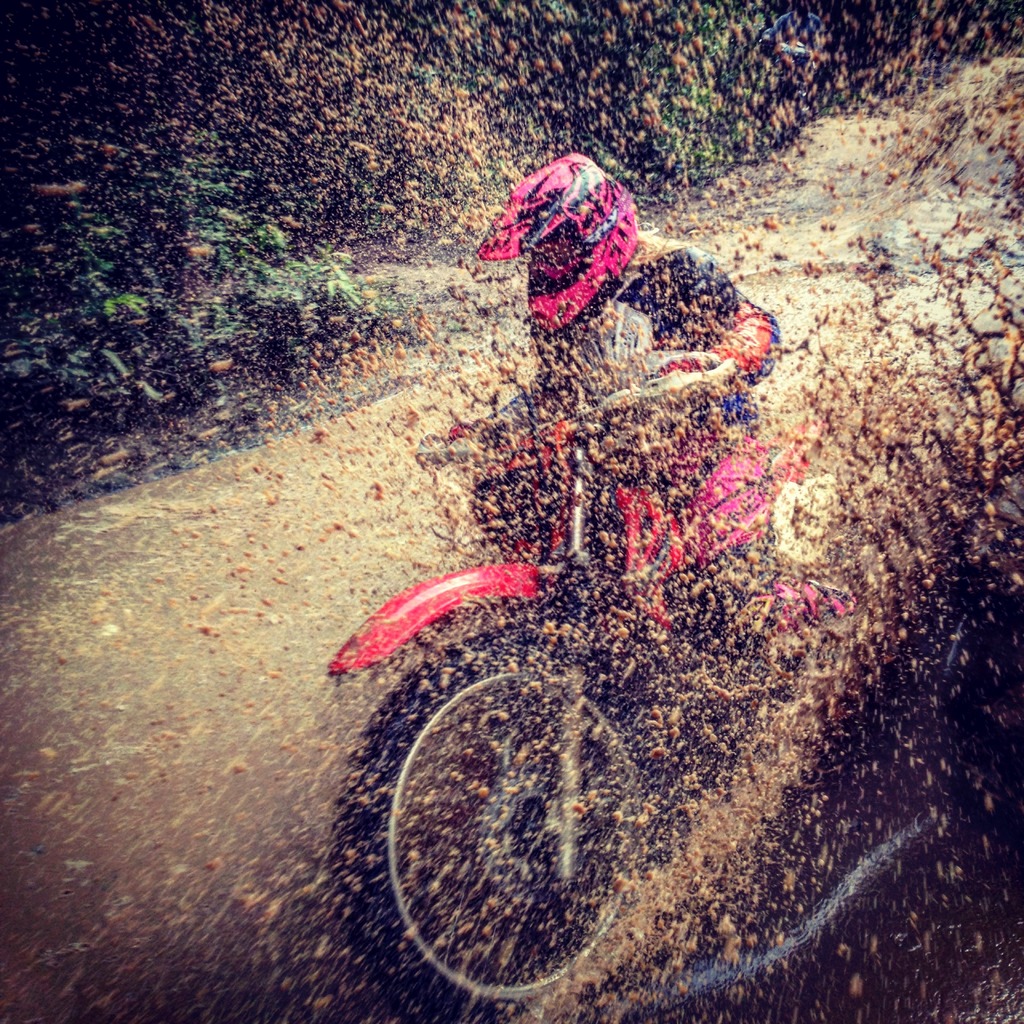 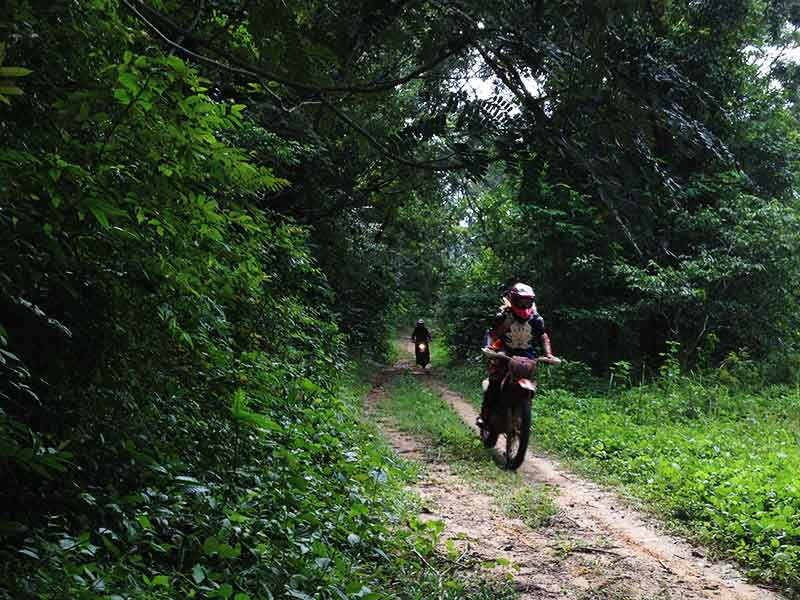 We drove back down the mountain stopping at some carvings of two KR figures that had their heads chopped off when government troops forced Ta Mok up the mountain. It’s strange they didn’t leave the tanks there as it would really add to this post war Disneyland the government is trying to get on the tourist map. At the base of the mountain we then jumped on some great single track, which was flooded in several places, as we wound our way back into Anlong Veng town for the evening. 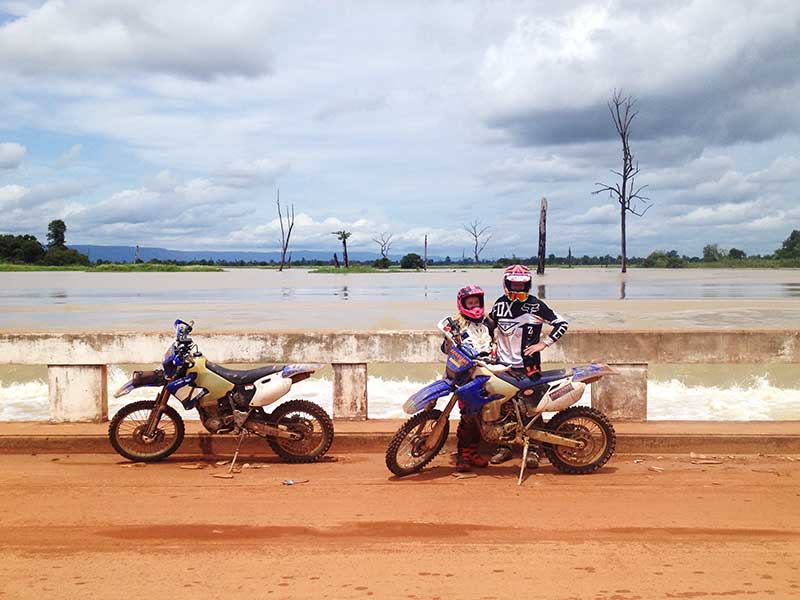 Thanks Mate. The riding is indeed awesome, , such a wide variety of terrain

One of the coolest ride reports ever. Keep it going

Really is cool of you to come here and bring your rides to life with words. Nice writing and great pics as well.

One of the coolest ride reports ever. Keep it going