This old beast is giving us problems so I figured I should start a thread and put out some feelers.

Anybody got any ideas?

Contact race tech, factory connections, Enzo
Or Google CR500 fork caps. Thousands of them out there

Trfsrfr:
This old beast is giving us problems so I figured I should start a thread and put out some feelers.

Phil Denton engineering in England have just run a batch of Cr fork caps, I think 85-87 but they do plenty 89 stuff and def worth an enquiry! 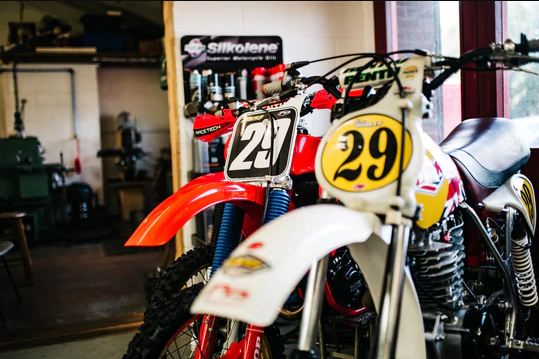 Thanks Red, I've passed this onto the owner.

Trfsrfr:
Thanks Red, I've passed this onto the owner.
Click to expand...

Make sure he gets the correct part number quoted in your op, the fork cap I had wouldn’t have fitted unless the bike is a 91-

Backstory - Got this thing in the shop last year some time after my buddy Danno purchased it. We cleaned the carb, left everything as it was. No changes. Needle clip was on the very highest position. 165Mj, 50pj.
Got it running and took it around the block, at night, in town. She was so crisp I was afraid of looping out and sending the bike into a kid or a car.

I thought, man, that thing is running super lean, like race ready, and the owner is 63 and not in shape to ride this thing, so I figured I'd drop the clip one position to fatten it up, and tame it down so when the owner did ride it, he didn't kill himself.

Back to the forks. 6 months go by to find the caps, so we finished resealing them, and I took the bike to the track last weekend. Since the only real change was the needle clip position, I expected it to run great.
It wouldn't get on the pipe.
I only rode it 2 laps and there was new spooge on the swingarm, and the guy parked next to me commented on how rich it smelled and sounded.
Got it back in the shop, pulled the plug and its wet.
Pulled the carb expecting a float issue, but float is good, and set at exactly 16mm. Its possible we have a float valve issue as the old one and the new Chinese one appear slightly different.

I'm assuming the prior owner was fighting a super-rich condition, which is why the bike is so leaned out. Stock jetting is much richer, like 172-175 for the main. It came from southern CA.

So we pulled the reed box expecting to find a chipped reed, but they look good. Then we looked into the cavernous cylinder and found a cracked piston. Its stamped ART on the inside and from what I've read that means it could be OE.