Here is a bike I am putting together for my Father in Law. He is footing the bill and he has some expensive taste. He has been on a 1999 YZ 250 since 2000, which we are rebuilding as well. He figured it was about time to get a new bike, but he didnt know what to get. He hasnt bought into the whole 4 stroke thing and he is a two stroke guy at heart. He was looking at buying a new bike but found a bike that a guy only rode a couple of times and the last time it pitched him off and broke the guys hip. I dont have any pictures of it when we picked it up but I have some pictures of it from a few days ago. So here is where we will start. 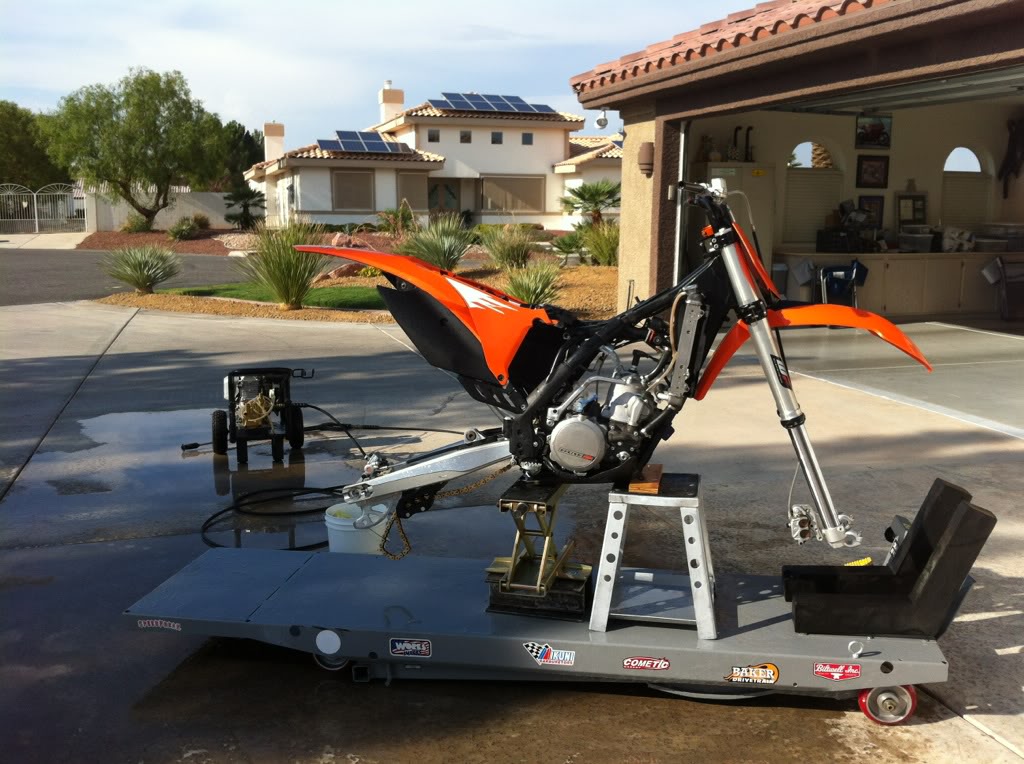 Now comes the fun stuff.
Pro Circuit Platinum 2 Pipe made just for the KTM 300. Some say it gives you a 5 horsepower gain. I haven't put i ton a Dyno so I wouldn't know. 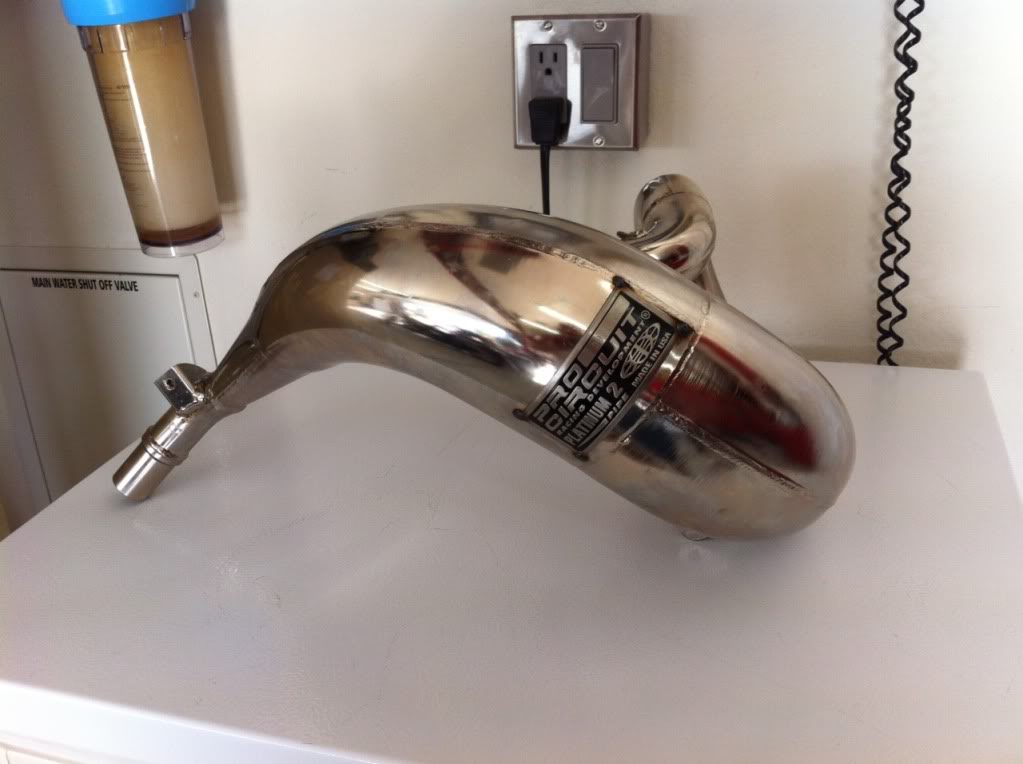 To mate up with the Pipe we went with a Leo Vince Exhaust. It looks good and comes with a removable spark arrestor. Plus a friend of ours runs this exact set up and he loves it. 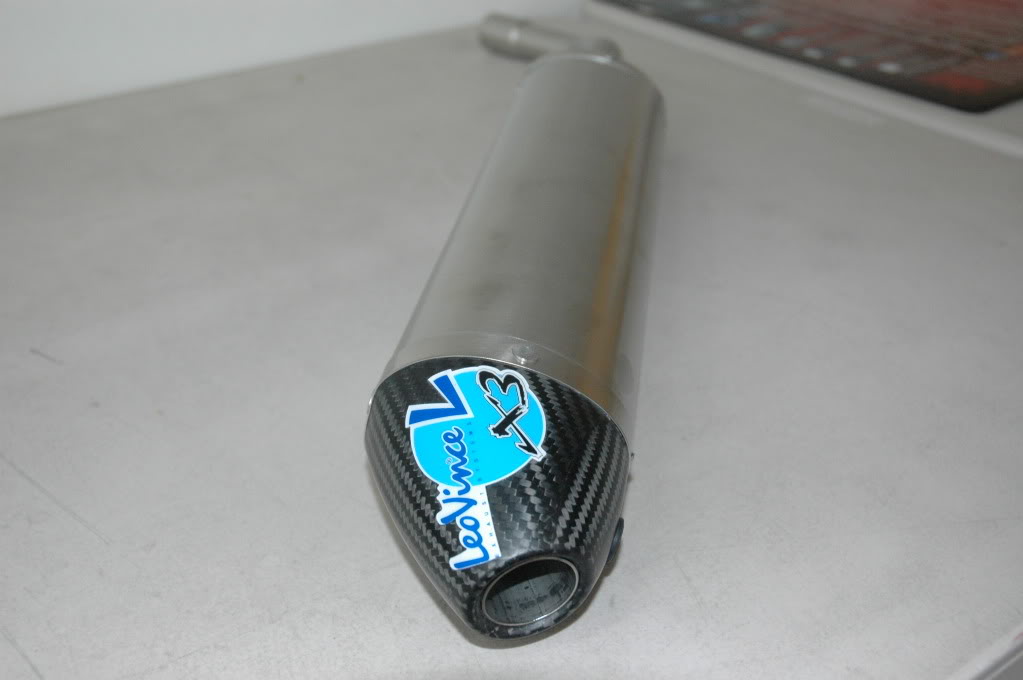 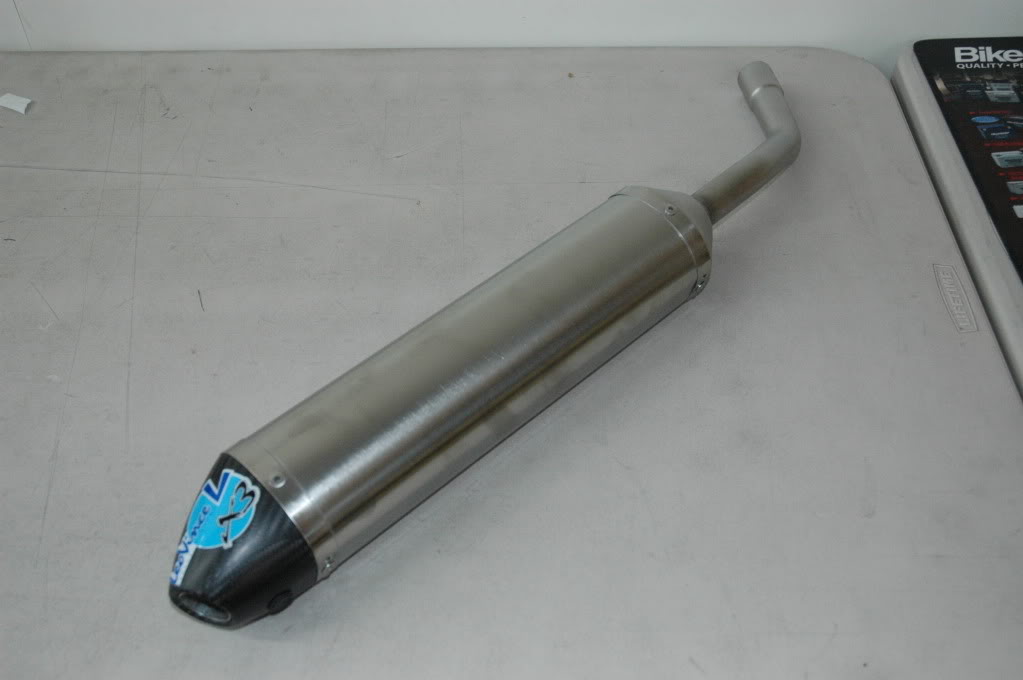 I sent the suspension out to Factory Connection because the guy my father in law bought it from was about 75 pounds heavier than him. Factory connection has some neat tricks they do to the WP Suspension. They convert the shock to a bladder style shock instead of a piston style. They also add a new reservoir and install a progressive rate shock spring, along with some fancy Valving. They also installed the lower spring seat with bearing to keep the shock spring from binding up on compression. 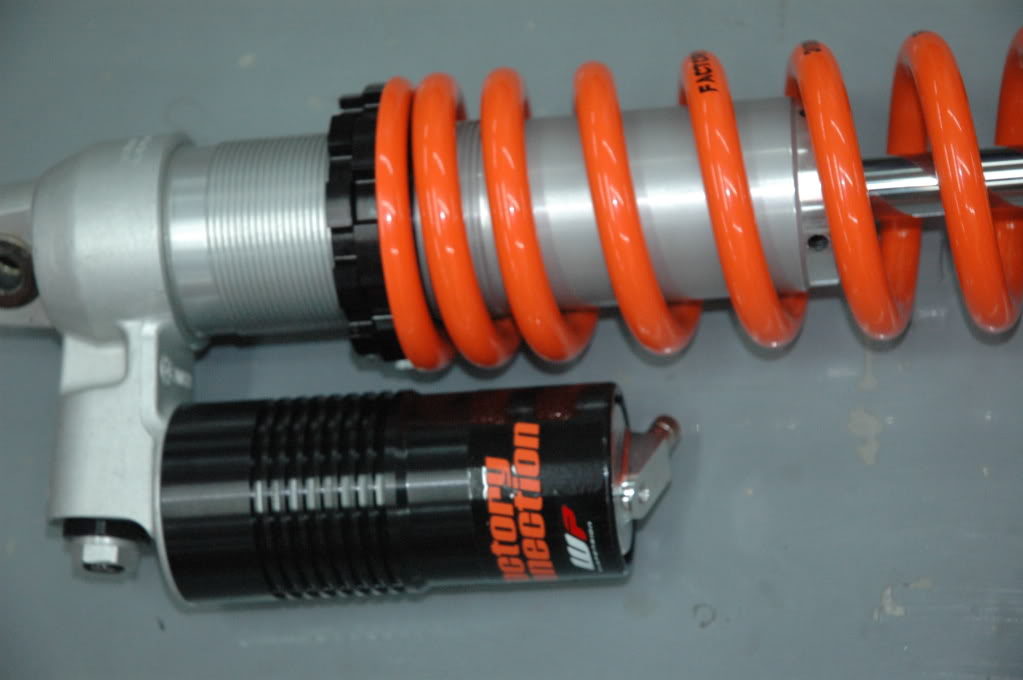 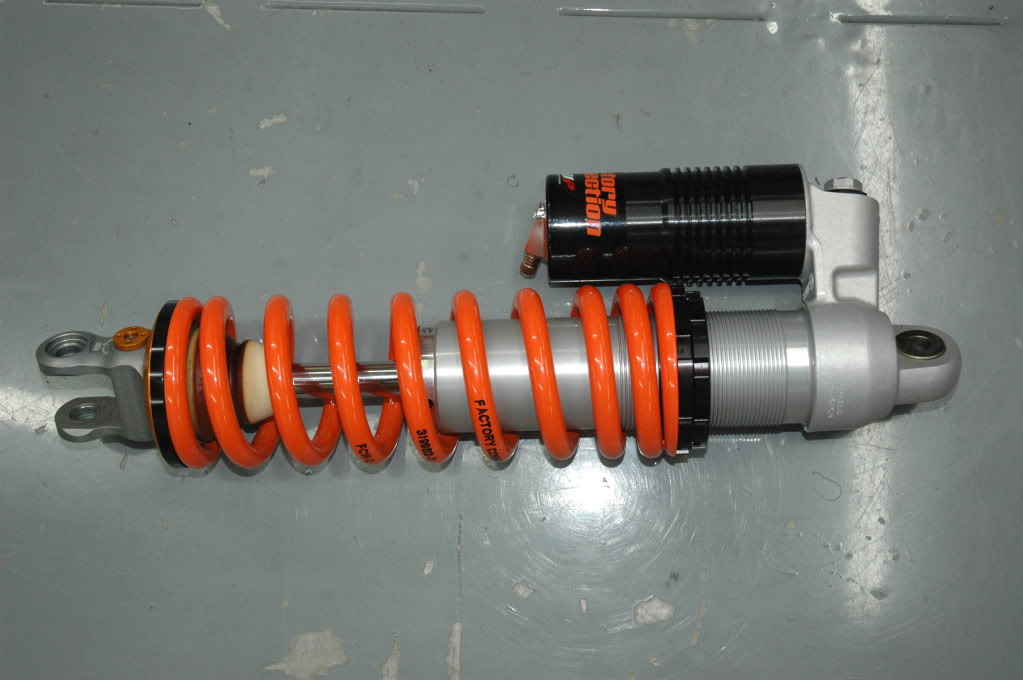 The forks get some special treatment as well. Factory connection has worked with the Factory KTM offroad team to develop a special low speed valve that really helps out in the desert. 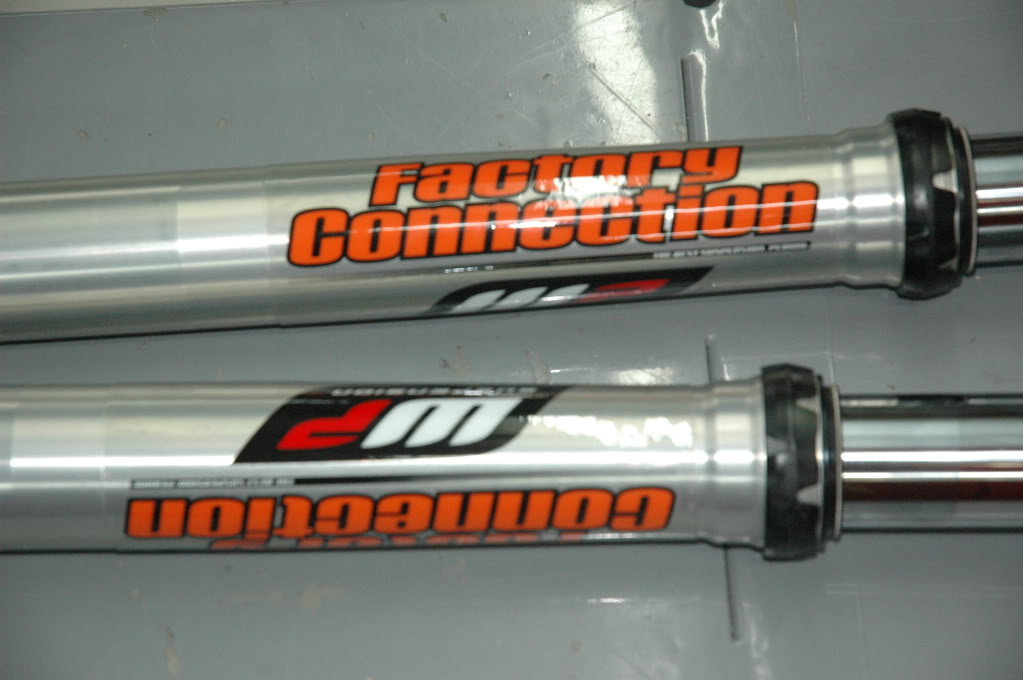 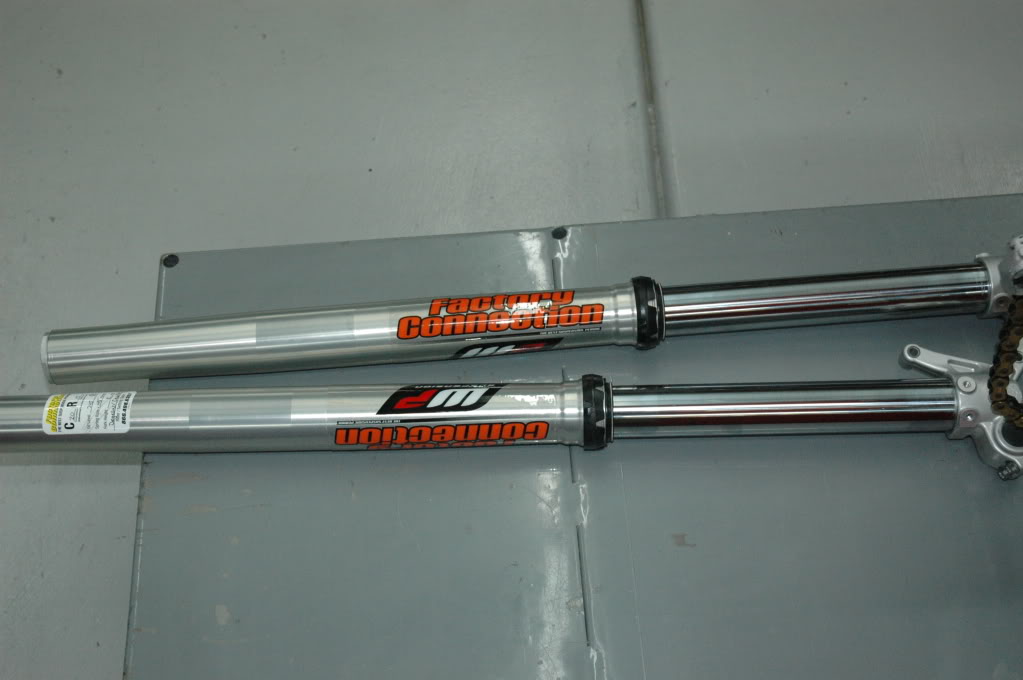 My father in law didn't like the KTM Hard Parts seat the guy had installed so I ordered a GUTS Racing KTM stock Soft Seat foam and a Guts seat cover for him. I then took it to an upholstery shop and had it mounted to the seat pan. Here is how it turned out. 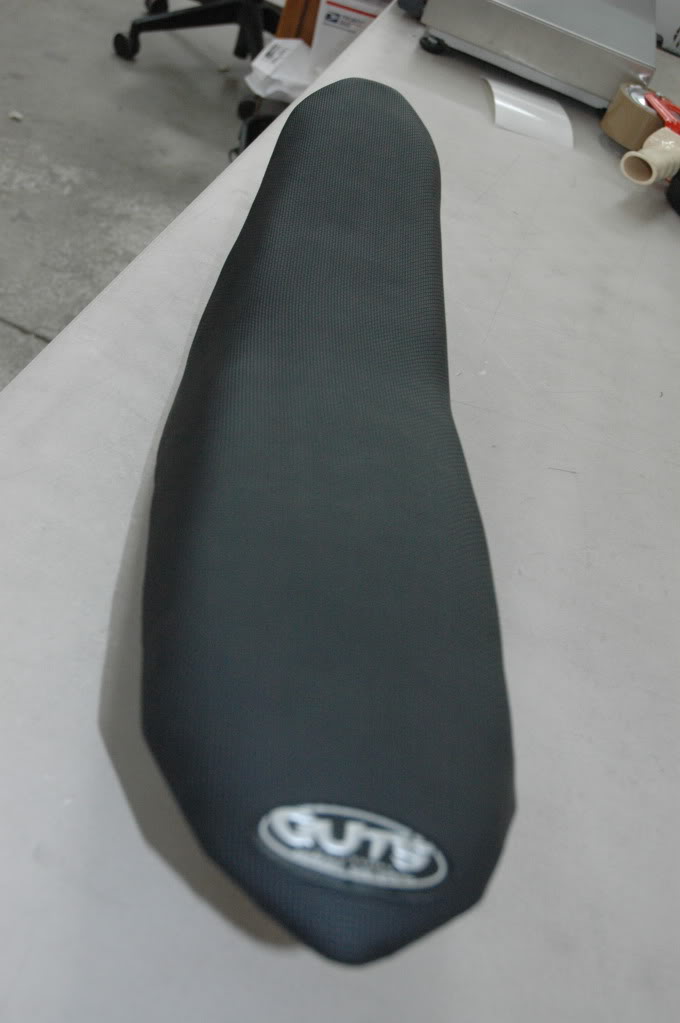 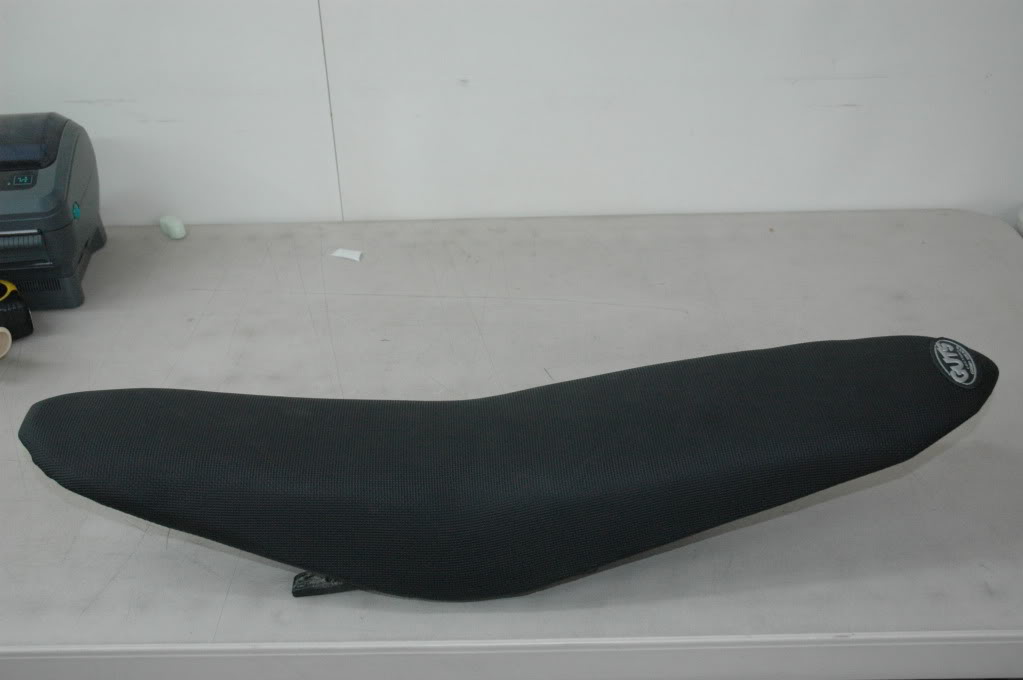 To go with the new seat I ordered him new KTM 2012 color scheme Plastics from ACERBIS. This way we have a few choices on what color plastics we want to run and we can mix and match them a little. 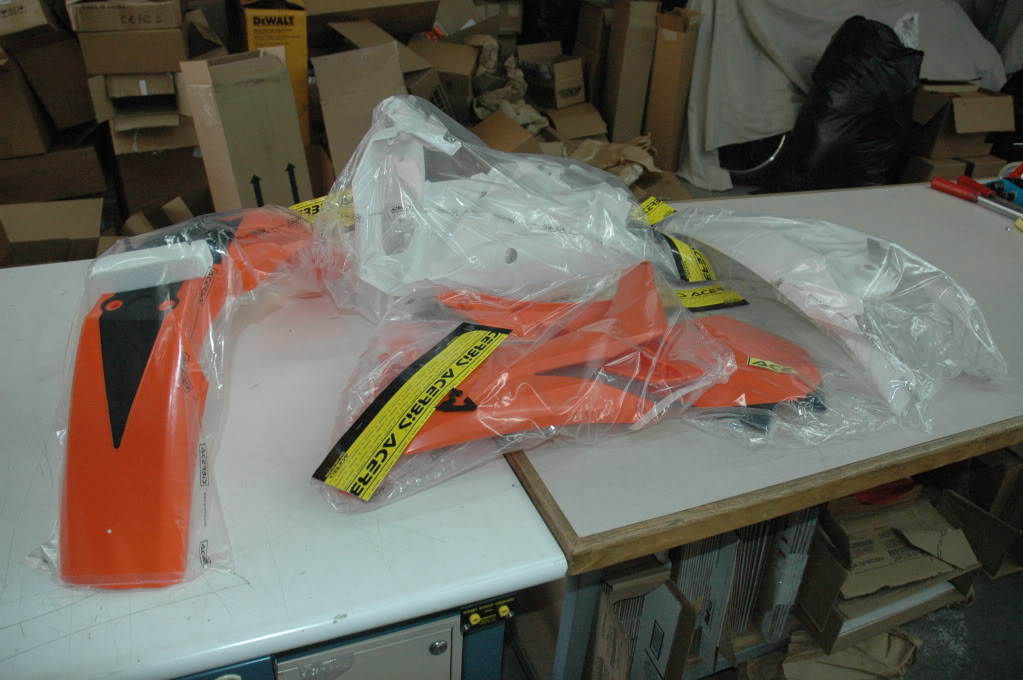 The bike came with a Natural colored tank on it and we weren't to fond of the color. So we went with a 3 Gallon Acerbis tank for the 2011-2012 300 KTM. This should look really good when it mounted. 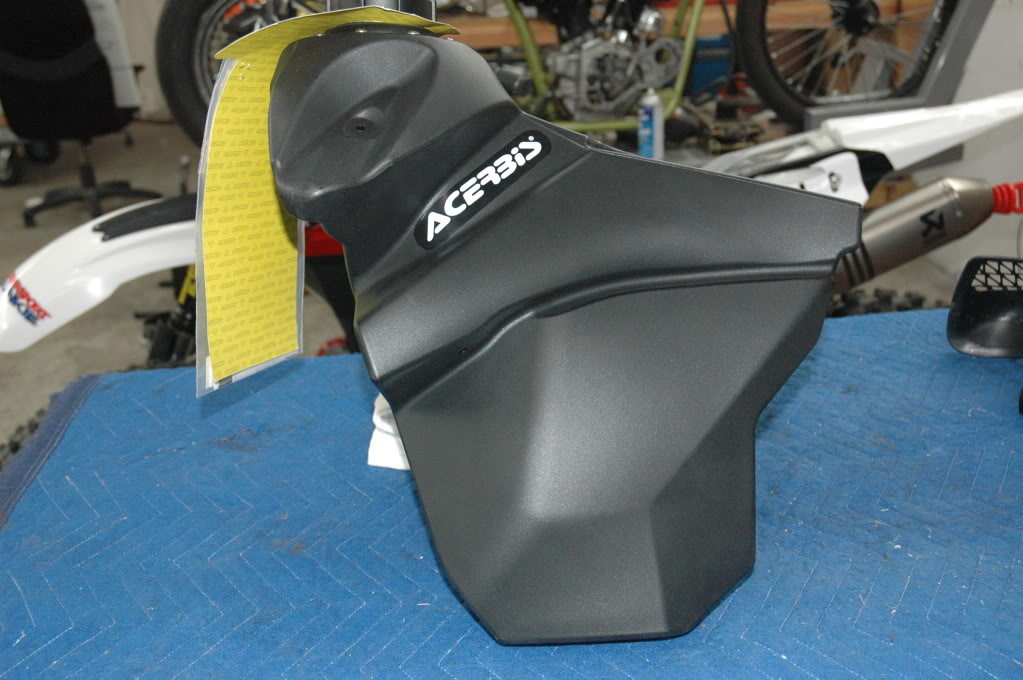 Here is the new fender and number plate with the fresh new forks. 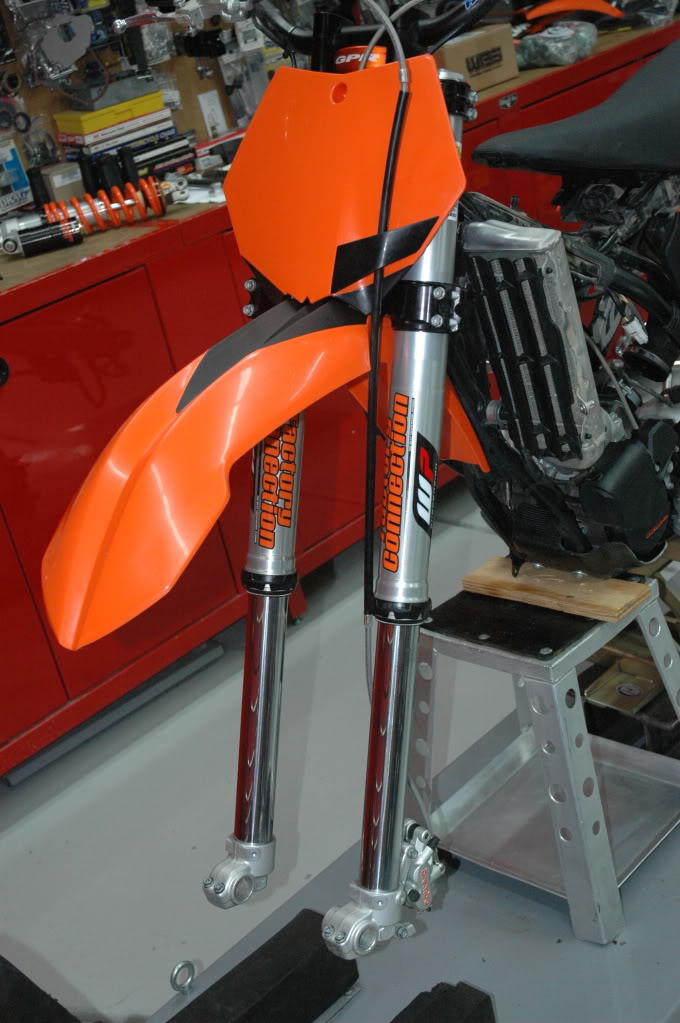 We ordered a new wheel set for this bike as well. I tried to talk him into the orange Kite hubs and black wheels but he wanted machined silver hubs with black wheels. So here they are, Silver Talon hubs with DID DirtStar Wheels. When I ordered these from DUBYA the guy said this is the set up the edurocross guys run. 9 Guage spokes in the front and 8 gauge spokes in the back. They are a beautiful thing 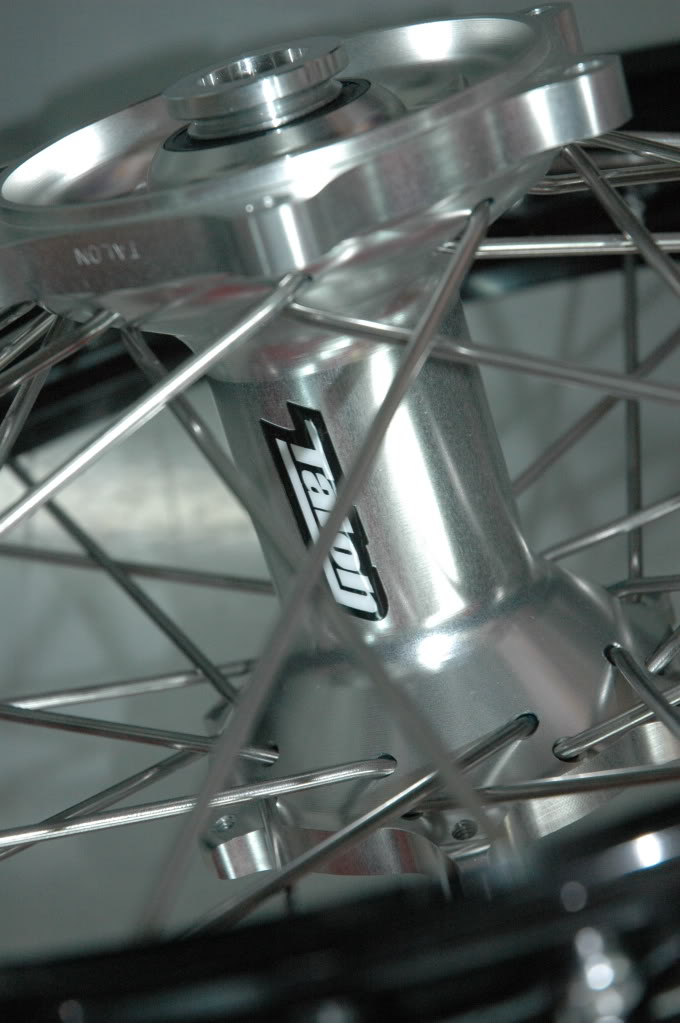 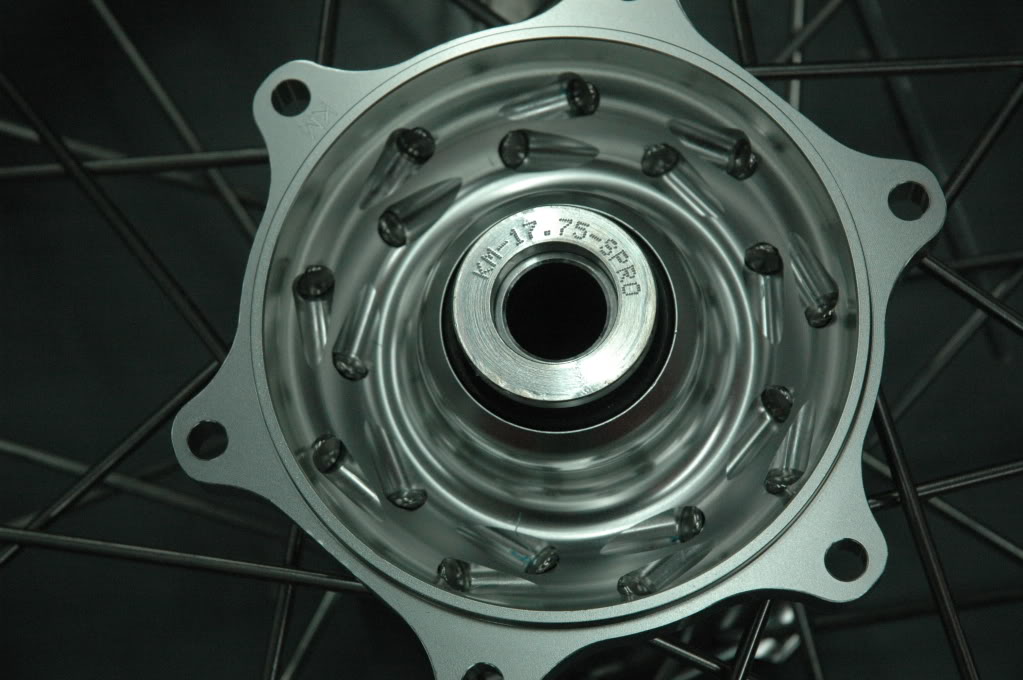 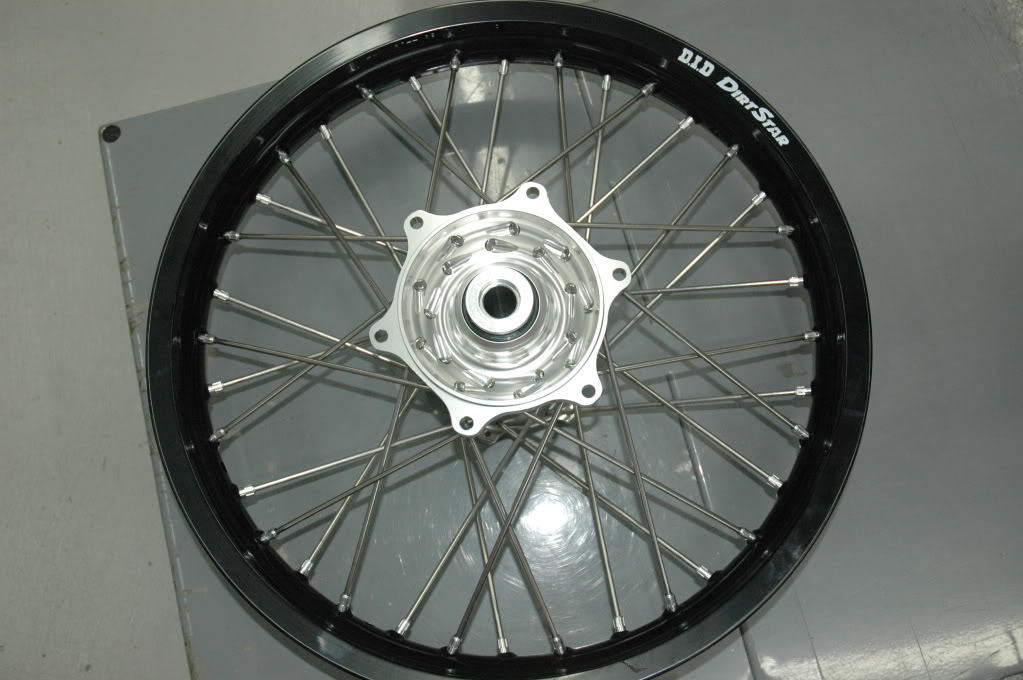 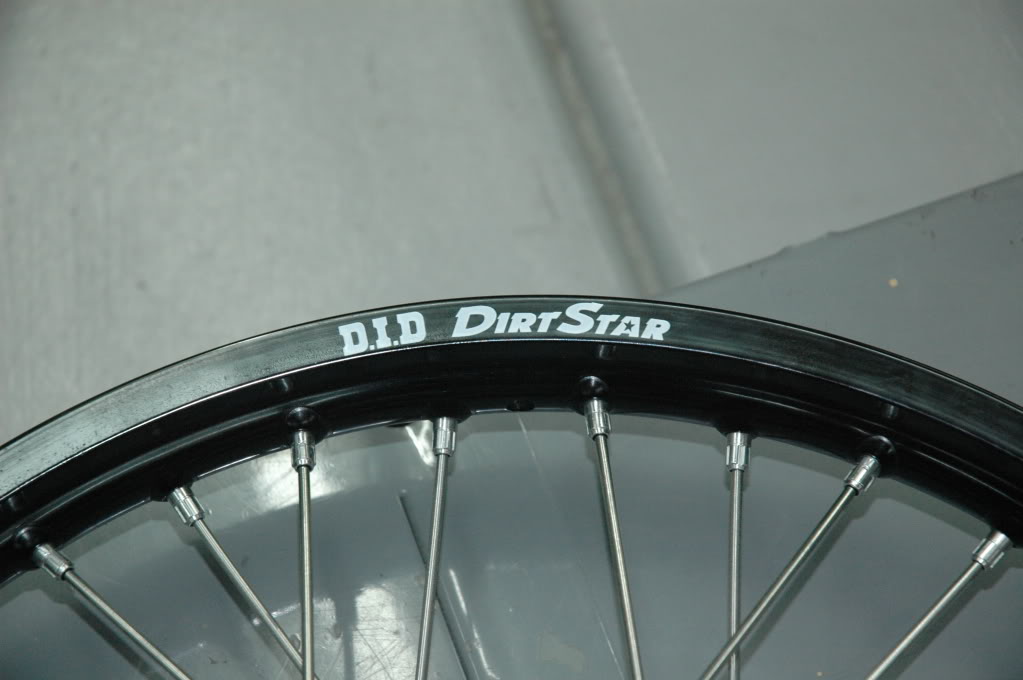 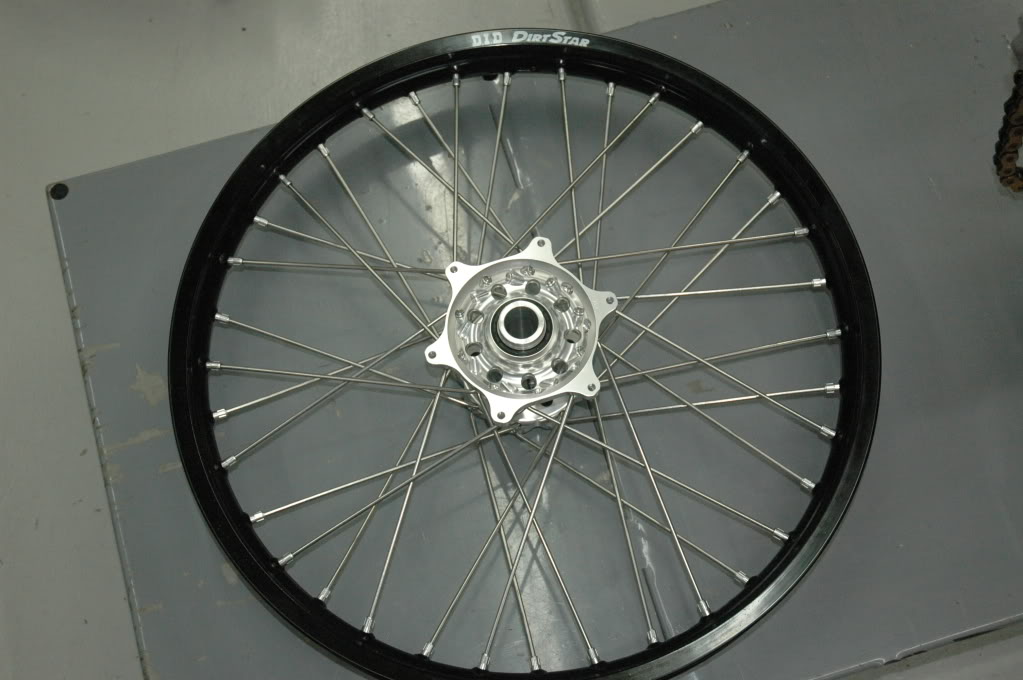 Here they are mounted to a Dunlop 739 in the rear and a Dunlop MX51 in the front. 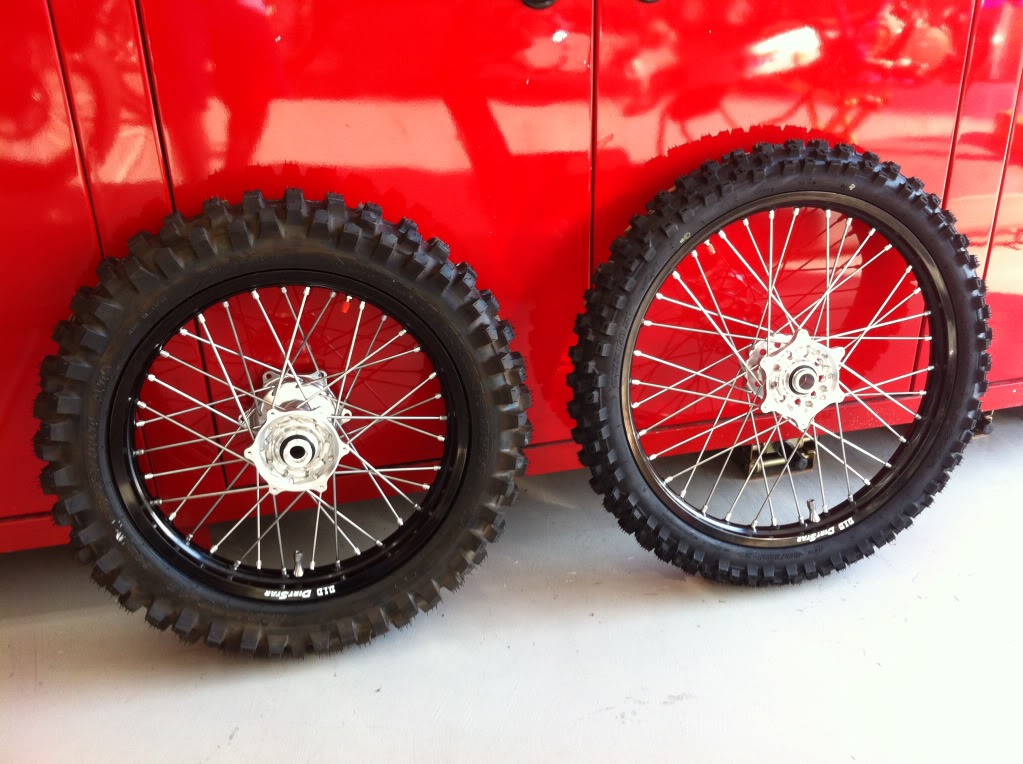 Here she looks with them mounted. 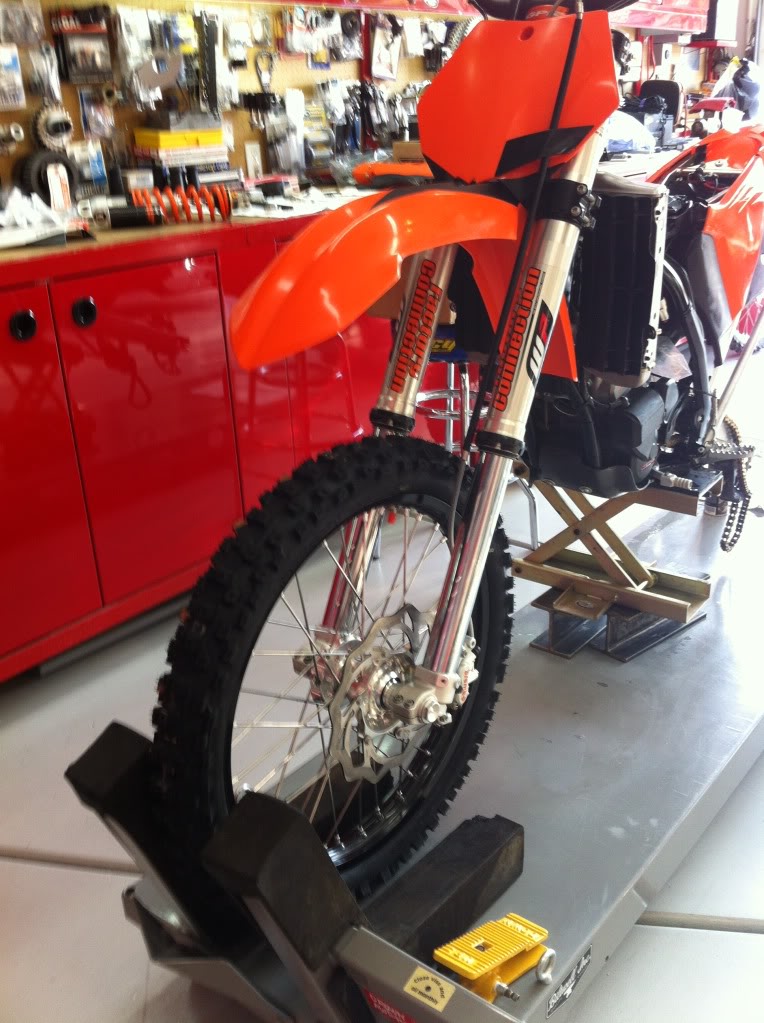 This thing is AWESOME

Here is the battery I did a video on and posted in the product review section. The original owner put a ballistic battery in it and we havent had good luck with those batteries so we swapped it out for the shorai. You can check more info out here. http://www.powersportjunkie.com/SHORAI-LFX-Battery-LFX09L2-BS12-p/tr-423802.htm

Anybody use the GPR stabilizer? Him and I have only used Scotts but he was going to try the GPR one out first and see if he likes it. Just wondering if any body has experience with the GPR

HOLY PHUCKING SHIT!!!!!! this bike is my dream bike...I need to get one of those bad ass boys

This is a sweet 2 stroke!

I can't wait to see pics of the final result!

you done went full on bro.

they say never go full on but i

you on this one.

got the bars in today. Pro Taper Windham Bend.

Is it just me or does that sprocket look like it would fold under its own weight?

Man these things are awesome. They are steel so they don't wear very easy but they are light because they are cut the way they are.

jackson409:
Is it just me or does that sprocket look like it would fold under its own weight?
Click to expand...